Bonchie at RedState.com points out that PolitiFact is mangling its Truth-o-Meter again to attack Donald Trump and defend Barack Obama. On Tuesday, the president tweeted that Obama said he didn't have the power to implement DACA, the Deferred Action for Childhood Arrivals program to provide amnesty to illegal immigrants who came to America as children. 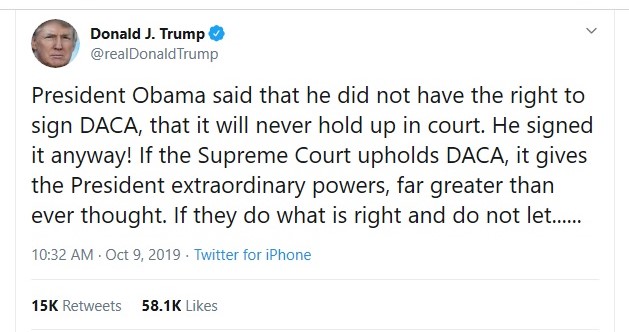 Within 25 minutes, Politifact tweeted that Trump was wrong, recycling a "Mostly False" they gave Trump in January of 2018. 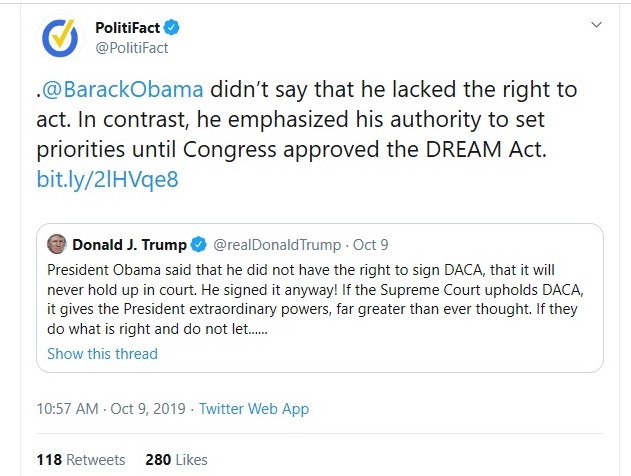 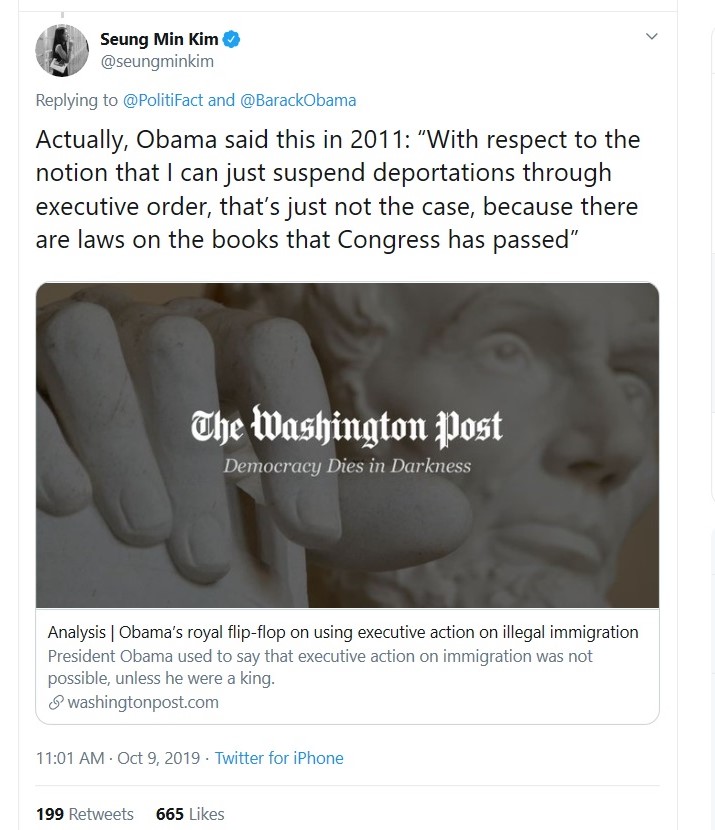 Finally, after Becket Adams of the Washington Examiner noted PolitiFact got corrected by the Post scribe, another tweeter reported PolitiFact had earlier given a "Mostly True" on the same Obama point, that Rep. Bob Goodlatte (R-Va.), who offered twenty-two examples of Obama admitting his lack of power with those checks and balances (they ruled 17 were relevant to immigration): 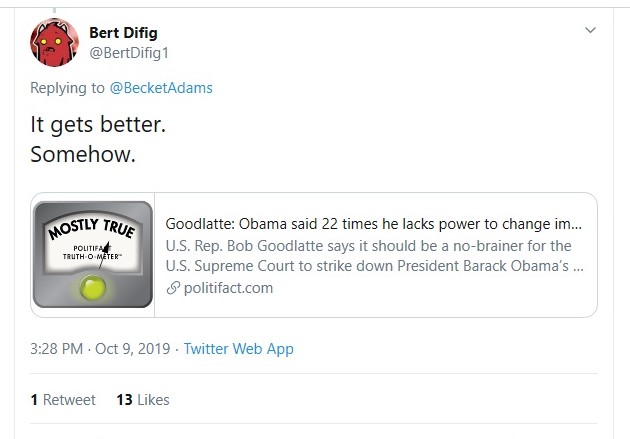 We have rated this PolitiFact tweet (and 2018 article) Deeply Distorted. For more, see our Fact-Checking the Fact-Checkers site.