Chuck Ross at the Daily Caller is adding weight to an earlier story about CNN offering gifts to government sources. CNN was so aggressive about chasing Trump's alleged collusion with the Russians they were making little baseball bribes: 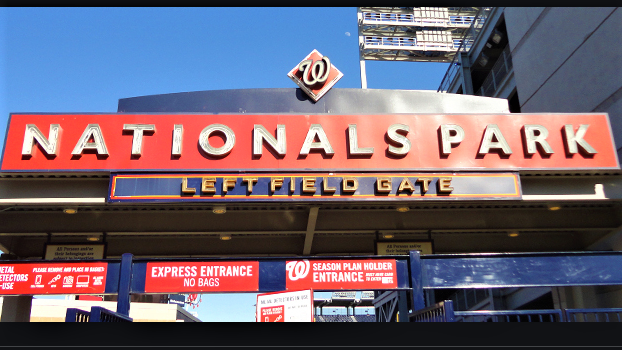 The FBI’s top press officer during the Hillary Clinton and Trump-Russia investigations accepted tickets to a Washington Nationals game from a CNN correspondent and lied about it repeatedly during interviews with the Justice Department’s inspector general, according to a report obtained by the Daily Caller News Foundation.

Michael Kortan, who served as assistant director of public affairs, displayed a “lack of candor” during multiple interviews under oath with the DOJ watchdog about how he obtained the tickets, who he went with, and whether he reimbursed the CNN journalist, according to the report...

FBI policy prohibits employees from receiving gifts from “prohibited sources,” including journalists who cover the bureau.

According to the OIG report, Kortan worked closely with the CNN reporter, who is not identified, and considered him one of his “top five” press contacts. He accepted Nationals tickets from the reporter at least twice, for a May 9, 2016 game and another on September 30, 2016. (He also accepted tickets from a New York Times reporter in either 2014 or 2016.)

They looked at Kortan's text messages:

Kortan initially told investigators with the OIG in a March 29, 2017 interview, that he reimbursed the reporter for the tickets, and denied accepting any gifts from members of the press.

“Kortan described the CNN correspondent as one of his ‘top five’ contacts with the press as part of his job,” the report says. Kortan denied having a personal relationship with any of the reporters, saying that he didn’t “consider anybody a friend.”

He also said that he had “probably daily contact” with the CNN reporter to discuss “the news of the day.”

The OIG reported "Kortan said that he did not feel obligated to provide the CNN correspondent with preferential treatment as a result of the tickets,” but jaded reporters don't usually buy that kind of spin.

Kortan later revised his answers to saying he didn't remember if he reimbursed for the tickets. He later said he offered to reimburse the CNN reporter, but the reporter wouldn't accept. He also revised his answer and admitted he took an FBI colleague with him to Nationals Park.

He also gave a misleading answer when asked about the location of the tickets, the OIG report says. He initially said that the tickets — which cost $65 apiece — were in “general seating.”

But OIG investigators went to the ballpark to meet with the team’s manager of security and executive director of ticket operations to ascertain the quality of the tickets. They found the tickets were in a “Members Only” section, and not in general seating.