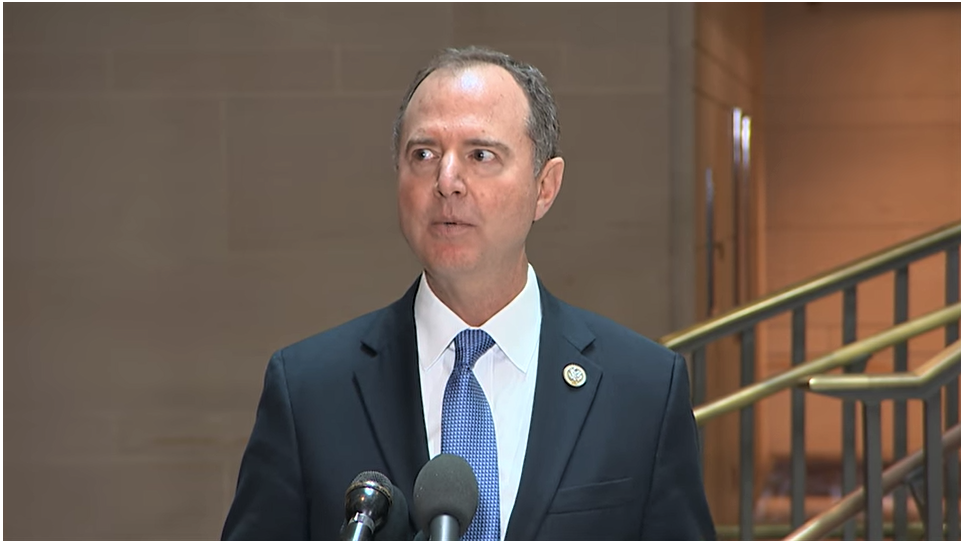 On Thursday, we noted the "fact checkers" weren't exactly hounding liberal Rep. Adam Schiff for his false statements about the impeachment attempt and the whistleblower. On Friday, Washington Post "fact checker" Glenn Kessler tagged Schiff with his worst rating -- the "Four Pinocchios" -- after The New York Times reported he and his staff were in contact with  the vaunted anonymous whistleblower.

Schiff: “I don’t want to get into any particulars. I want to make sure that there’s nothing that I do that jeopardizes the whistleblower in any way.”

This is a classic dodge — “don’t want to get into any particulars” — and Cooper failed to follow up.

Then came the obvious lie, on Morning Joe the next morning:

Schiff: “We have not spoken directly with the whistleblower. We would like to.

This is flat-out false. Unlike the quick two-step dance he performed with Anderson Cooper, Schiff simply says the committee had not spoken to the whistleblower. Now we know that’s not true.

Kessler then also noted Schiff talking to reporters on September 19 at the Capitol:

Schiff: “In the absence of the actions, and I want to thank the inspector general, in the absence of his actions in coming to our committee, we might not have even known there was a whistleblower complaint alleging an urgent concern.”

Here’s some more dissembling. Schiff says that if not for the IG, the committee might never have known about the complaint. But his committee knew that something explosive was going to be filed with the IG. As the New York Times put it, the initial inquiry received by the committee “also explains how Mr. Schiff knew to press for the complaint when the Trump administration initially blocked lawmakers from seeing it.”

There are right ways and wrong ways to answer reporters’ questions if a politician wants to maintain his or her credibility. There’s nothing wrong with dodging a question, as long as you don’t try to mislead (as Pompeo did).

But Schiff on Morning Joe clearly made a statement that was false. He now says he was answering the wrong question, but if that was the case, he should have quickly corrected the record. He compounded his falsehood by telling reporters a few days later that if not for the IG’s office, the committee would not have known about the complaint. That again suggested there had been no prior communication.

The explanation that Schiff was not sure it was the same whistleblower especially strains credulity.

Kessler was upset at President Trump touting his ruling, complaining on Twitter: "This is a first for Schiff, but Trump's earned a gadzillion Pinocchios. Here's a link to our database of Trump's false and misleading claims, 12,000 and counting as of August. Update coming soon."

And: "Trump is shameless to tout the recent ruling on Schiff. But I guess that means he has no dispute with the many Pinocchio rulings we have issued on his statements, including virtually everything he has said about Biden."

We pointed out on Thursday that Kessler and his team had already filed four "Four Pinocchios" rulings on Trump's statements about Joe Biden and Ukraine.

The Post veteran is right. Kessler should not be praised merely for noting an obvious set of lies and misstatements by Schiff. He was merely acknowledging what was already on the record. But that's still better than the other "independent fact-checkers" at this point.

And his shop shouldn't be praised for fairness and balance, since it runs this "12,000 and counting" list that's not transparent and included "false" statements like "no collusion."

This Washington Post fact check has been rated as "The Real Deal." For more, see our Fact-Checking the Fact-Checkers page.