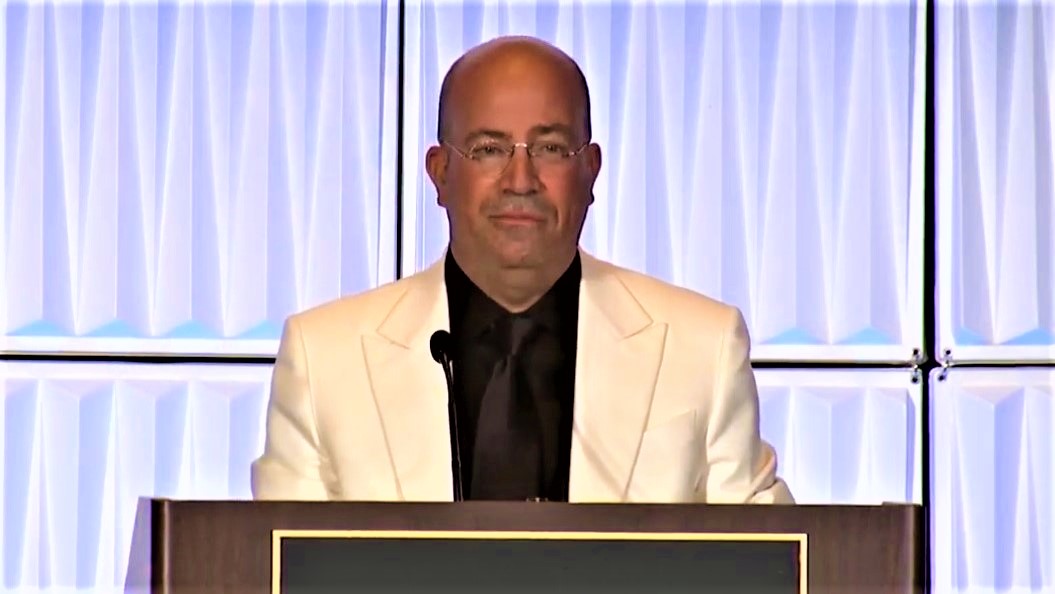 Washington Post media reporter Sarah Ellison filed a story on CNN boss Jeff Zucker after following him around on July 24, Mueller Hearing Day. She apparently asked what happened to CNN among Republicans (which had to be a bad-ratings question). Zucker blamed Trump, but didn't consider that maybe CNN's incessantly emotional and ideological tone against Trump played a part.

At a recent Trump rally in Greenville, N.C., a teenage rock band played its rendition of a frequent rally slogan, "CNN Sucks." (Selected lyrics included: "Jeff Zeleney [sic], you whine like a girl/Jake Tapper, you make me wanna hurl.")

“I think Trump has hurt our perception among Republicans to some degree,” Zucker said. “I think it’s incredibly unfortunate. You can’t have the most powerful man in the world with his megaphone slamming the network every day and not have it have an effect.”

Ellison and the Post avoid any notion that CNN eroded its own audience base with incessant liberal bias, and rabid editorializing, and crabby chyrons, and anti-Trump stories that turned out to be untrue. Instead, she re-litigates how CNN was too pro-Trump four years ago:

“It’s a fair criticism that we took too many of his rallies live and unedited,” Zucker said, but he also credits his relationship with Trump as providing an insight into the candidate that helped the network’s coverage.

“I think it’s one of the reasons going back — and I don’t really want to rehash, although we can talk about it — we recognized earlier than most in 2015 what his appeal would be, and [that’s] why we took him much more seriously as a candidate early on.”

“That’s an insane position,” said Tim Miller, the former spokesman for Jeb Bush’s 2016 campaign and an outspoken ­never-Trumper. “This idea that Jeff Zucker had some kind of [idea] about Trump’s credibility that other networks did not is just not true. Trump was good TV, so they aired him.”

So this time, CNN promises it won't air any candidate rallies live and edited, and CNN had held "over 20" town hall events with Democrat presidential candidates in 2020. Zucker says he wants to make sure CNN is "not putting its finger on the scale for any single candidate."

This is why the other 2015/16 Republicans are mad. There were no town halls back then for Ben Carson and Carly Fiorina and Ted Cruz and so on. They clearly favored Trump...and four years later, they're putting their entire bodies on the scale against that one single candidate.

Ellison demonstrated her soft touch by cueing Zucker to attack Fox, which is apparently required:

Now, of course, Fox’s prime-time lineup is stacked with Trump supporters, each more strident than the last, and CNN is the president’s least favorite network. About Fox, which handily beats CNN in the ratings, Zucker says that he’s comfortable with CNN’s ratings and asserts that Fox’s ratings derive from its conservative bent.

“When you look at the last 20 years of American society culture and politics, I think they’ve been one of the most destructive voices in that entire process,” Zucker said of Fox. “And I think that they’ve had a terrible influence on the discourse in this country.”

The network that repeated "s--thole" hundreds of times on air to own the Trumps is going to lecture on the quality of discourse? CNN doesn't have "strident" hosts? The "Democracy Dies in Darkness" team sticks together.