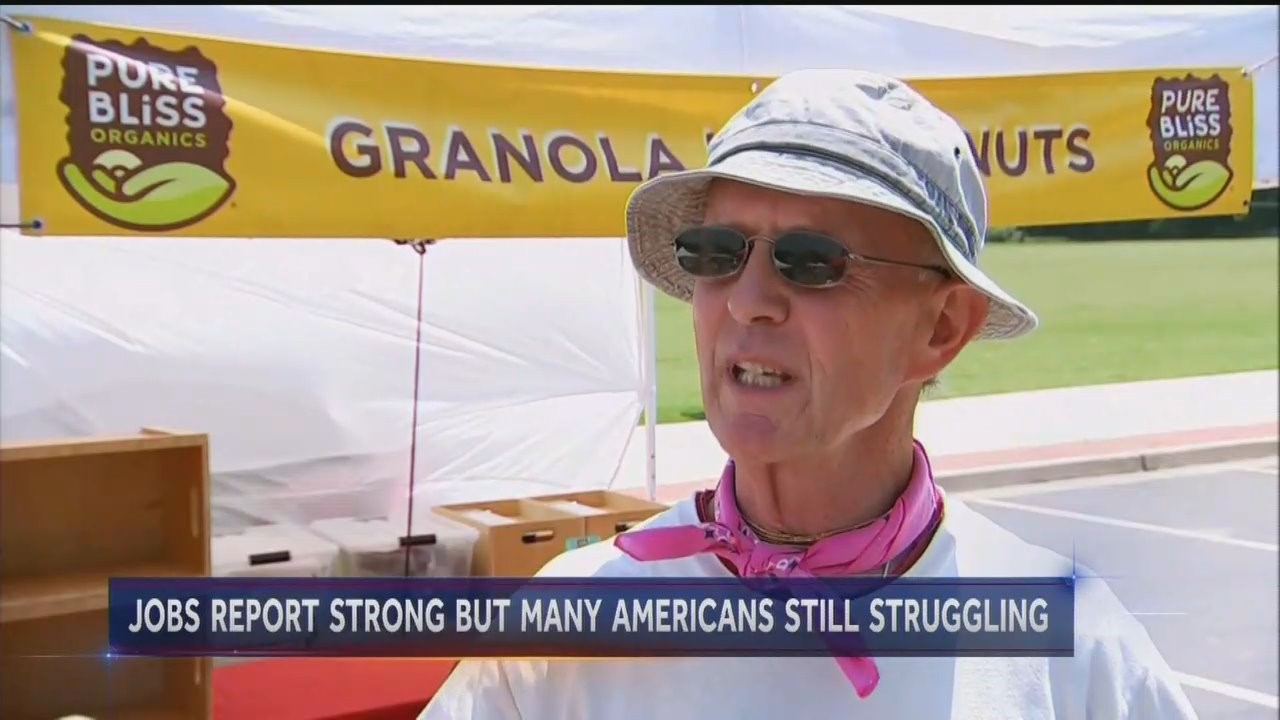 One reason people can complain about the evening newscasts on the networks is that they are bored with economic data, especially when it makes the Trump administration look good. Once again on Friday night, one of the networks completely skipped a surprisingly good report on jobs. Other networks gave it just a few seconds. NBC offered a full story, with a big But. On screen, it read "JOBS REPORT STRONG BUT MANY AMERICANS STILL STRUGGLING."

David Begnaud was anchoring the CBS Evening News, and they had no time for the national jobs numbers. Instead, they reported a full story on the bleak picture of homelessness in Los Angeles. Begnaud began: "You know, homelessness is a story that quite frankly, is hard to get some people to care about. But this is going to worth your time."

Reporter Jamie Yuccas reported almost 60,000 people are homeless in Los Angeles County, because you have to earn $50 an hour just to afford the median monthly rent ($2,471). No one said a word about any politicians being responsible, but Yuccas briefly interviewed county supervisor Mark Ridley-Thomas (no mention he was a Democrat).

This wasn't even a new story: the Los Angeles Times had these numbers on June 4.

Other networks quickly sped past the good news. On ABC, substitute anchor Cecelia gave it 10 seconds (24 words): "And there's a new headline today about the economy. The U.S. adding 224,000 new jobs last month, beating expectations. Unemployment ticking up to percent."

PBS NewsHour anchor Judy Woodruff gave it 23 seconds: "Back in this country, the U.S. job market shattered expectations in June. The Labor Department reported the economy added a net 224,000 jobs last month. Meanwhile, the unemployment rate rose slightly to 3.7 percent. That's up from 3.6 percent the previous two months. And wages were up 3.1 percent over last year."

NBC Nightly News offered a full story with a Yes, But angle. Reporter Tom Costello was all over the Howevers. "However, 40% of Americans still struggled to pay the bills. With more than half of U.S. Jobs paying less than $18.58 an hour."

NBC went to a farmer's market in Georgia, where vendor Peter Maxwell "says a lot of folks are just making it month to month. Maxwell said "They've got low income jobs. They work several jobs just to make ends meet. They got no benefits." Costello concluded: " Having a job does not always mean good pay or benefits. With more and more Americans freelancing and working multiple jobs. Peter." You'd almost forget NBC just noted wages were up 3.1 percent.

Susan Jones at our sister site CNSNews.com was featured on the Drudge Report with a more positive tone the liberal networks cannot stand: "A record 157,005,000 people were employed in June, the most since February and the 19th record of Trump's presidency."