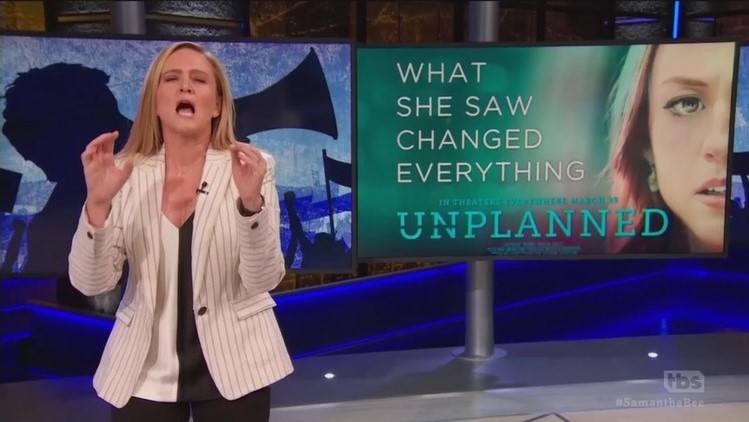 Katie Yoder at Townhall notes few people are reporting that Planned Parenthood handed out their annual Media Excellence Awards last week. They used to be called "Maggie Awards," after their founder Margaret Sanger. They proclaimed "We are so thankful for their fearless and honest reporting about what is at risk when people are denied one of their most fundamental human rights — their access to health care."

Translation: they honor "fearless and honest" advocacy of the Planned Parenthood position and the libertine Left. But some of these don't award "excellence" -- they award fake news in defense of Planned Parenthood.

For example, former Huffington Post reporter Laura Bassett was awarded for a freelance article in The Washington Post headlined "Republicans are pushing another false claim about abortion to rile up voters." The "false claim" was that abortion advocates favored abortion up until birth -- and after, as clumsily discussed by Virginia Gov. Ralph Northam.

Bassett explicitly defended Planned Parenthood in the piece in revisiting the 2016 campaign:

Republican presidential candidates seized on another inflammatory, hard-to-believe narrative: that Planned Parenthood was using abortion to harvest and traffic fetal body parts for profit. This was based on undercover videos released by an antiabortion activist group that purported to show the family-planning provider negotiating the sale of fetal tissue.

The liberal media often wrote the sting videos "purported to show" selling fetal tissue, when they quite obviously showed Planned Parenthood joking about wanting "Lamborghinis" and discussing how precisely they crush babies so that they can be sold for parts. And yet Bassett bald-facedly wrote "None of the investigations produced any evidence against Planned Parenthood, and the organization was cleared of wrongdoing."

This is like a reporter getting an award from the tobacco industry for "fearless and honest reporting" that smoking doesn't cause cancer.

Planned Parenthood also gave a "Media Excellence Award" to fiercely feminist "Full Frontal" host Samantha Bee for her "coverage" of abortion on her TBS late-night show. "For insightful and funny late-night coverage of issues affecting women, including abortion, birth control, the 2018 midterm election, and the impact of healthcare policies."

Once again, Bee is being honored for saying blatantly false things in defense of Planned Parenthood. In April, she trashed the movie Unplanned, which told the story of former Planned Parenthood clinic director Abby Johnson changing her mind and becoming a pro-life activist. "It's obviously ridiculous, and no one should see it...Unplanned is mostly made-up, but there are real and terrifying laws being passed to limit access to abortion as we speak." Bee even wrongly implied that Planned Parenthood provides mammograms:

Planned Parenthood touted a video clip from Bee, in which she thanked them for their Fake News award:

“It is an honor to receive this award for something we really are passionate about: reproductive rights! We have to thank the Republican legislators for getting us into this position with no way out. Truly what they’re best at. We wish we could thank Mike Pence in person, but he’ll never be allowed in a room with us, so this will have to do. But mostly we’d like to thank Planned Parenthood for always fighting the good fight, for always staying open, and for always having our backs.”