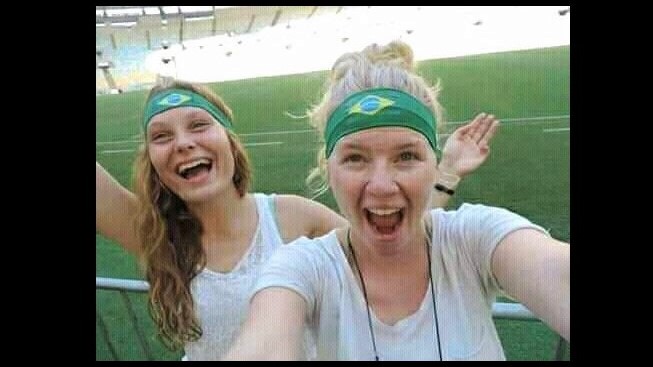 The Washington Post put the December beheading of two young female Scandinavian hikers in Morocco on the front page on Sunday. The bodies of Maren Ueland of Norway and Louisa Jespersen of Denmark were found on December 17 in the Atlas Mountains, and the Post barely covered it at the time.

This new 5,000-word story came with this strange headline: "In 2 brutal killings for Islam, a weapon for the far right."

Doesn't that devalue the victims? Can the Post imagine this headline? "In brutal killing of columnist Khashoggi, a weapon for The Washington Post." Can't all good people disparage brutal killings?

Reporters Greg Miller (a specialist in Russian-collusion coverage) and Souad Mekhennet reported that the crude video of the women's beheadings was rejected by Islamic State:

The most alarming audience, however, was one that the attackers had not envisioned. Within days, the one-minute, 16-second recording spread rapidly across networks associated with the far-right and white-nationalist movements. Extremists posted gruesome scenes of the women's deaths on Facebook, Twitter and other platforms alongside condemnations of Islam and calls for a civilizational clash.

"Look at this video of the one girl being decapitated alive," wrote a far-right figure in Norway as he posted a link to his Twitter account. "It's God awakening us Germanic men to action. It's enough now. It's enough."

When officials in Norway and Denmark pleaded with the public to stop sharing the video, that effort was denounced by far-right groups as a betrayal of religion and race -- censorship of content that revealed the true nature of Islam.

Putting aside the notion that God is calling "Germanic men" to defend the race, which makes Islam sound like a racial category, most of this story sensibly recounted the crime and the horrified reaction of friends and family of the victims. Then, toward the end, it turned back to the Far Right narrative, with the apparent Norwegian version of Breitbart:

Right-wing activists also began promoting the video - or images from it - on their own platforms. Among the most prominent was "Resett," a Norwegian website that is the country's closest equivalent to Breitbart in the United States.

On Dec. 20, editors at Resett pulled four gruesome images from the video and posted them to the website. There was no accompanying text other than a stark headline and a banner ad for a "Make Norway Great Again" hat.

Three days later, as Solberg made her appeal to stop the video's spread, Resett published an article that criticized the country's politicians and ended with a diatribe against Islam. "This is a day of anger," the article concluded, describing Islam as a "hateful ideology that should have been on the scrap heap of history, but is unfortunately still with us. ... Even here in Norway."

Helge Luras, the founder of Resett, defended the publication of the photos as a public service -- "to level the playing field" against news organizations that refused to show the pictures and politicians he believes fail to grasp the threat posed by Islam.

A former government analyst, Luras is known for provocative television appearances and his ardent support of Donald Trump. In an interview, Luras said Resett wouldn't exist were it not for the result of the 2016 U.S. election. It has become one of Norway's most widely read websites, sometimes approaching mainstream news organizations in reach.

"What we tell our kids in school is that Islam is like any other religion, that the prophet Muhammad is just like Jesus, a pacifist," Luras said in an interview. "It is the opposite." Resett published the blood-soaked images, he said, because "we need to tell people the reality of Islam."

There is a difference between the religion of Islam and the violent extremists of Islam. It's not unreasonable for governments or voters to oppose the importation of Islamic extremists, if they can be identified. But the Post is provocatively finding a moral equivalence between the "far right" (and by extension, President Trump and his supporters) and the bloodthirsty Islamic State.

The headline inside Sunday's Post epitomized it: "In the killing of 2 hikers, a clash of extreme views."