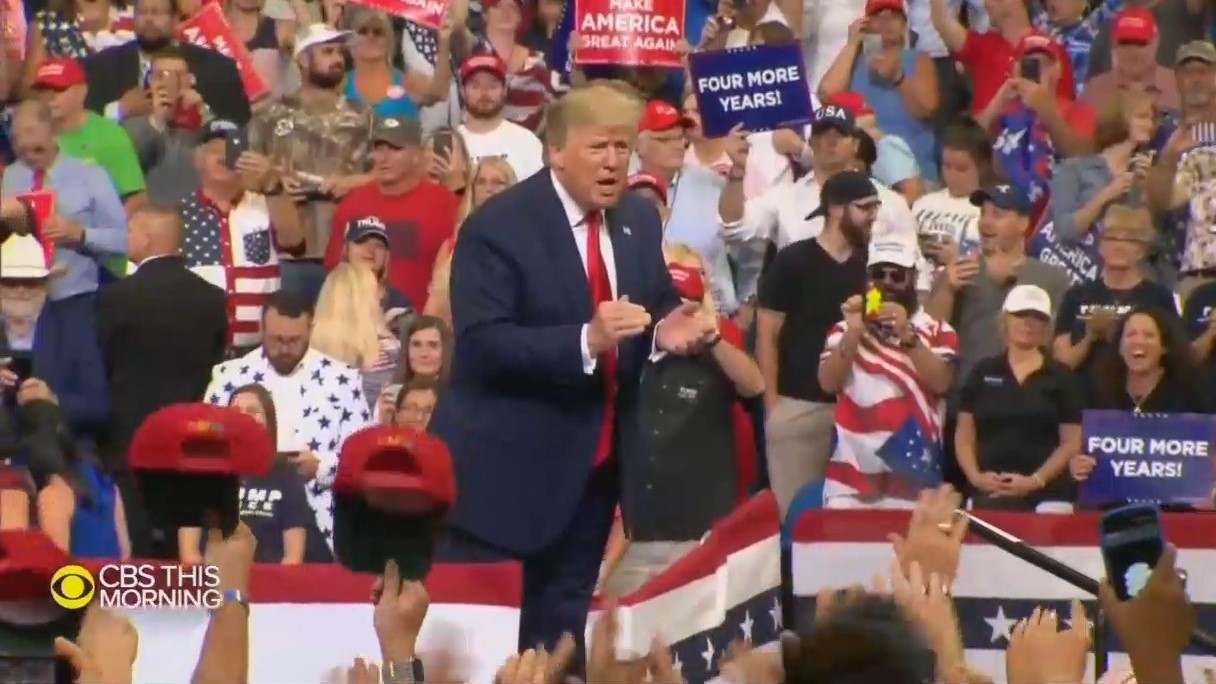 “We went through the greatest witch hunt in political history. The only collusion was committed by the Democrats, the fake news media, and their operatives, and the people who funded the phony dossier: Crooked Hillary Clinton and the DNC.”

Trump often seeks to deflect attention from the special counsel’s investigation of his 2016 campaign by asserting that the Democrats colluded with Russia.

But he has little evidence to make his case, which largely rests on the fact that the research firm Democrats hired to examine Trump’s Russia ties, Fusion GPS, was helping to defend a Russian company in U.S. court at the same time.

Little evidence? Rizzo is so terrible with facts here that he won't explicitly acknowledge the Russian cooperation in the Steele dossier, where an ex-British spy dug up salacious dirt on Trump from Russian sources. He only mentioned it to deny it had any importance (and forget the fact of the FISA warrants spawned by it):

The U.S. investigation began with a tip from an Australian diplomat who relayed that a Trump campaign adviser, George Papadopoulos, disclosed that Russia had damaging emails concerning Clinton. The U.S. investigation was not spurred by a dossier from Christopher Steele, a former British intelligence agent.

Usually, the number has been 17 attorneys on Mueller’s staff, 13 of whom are Democrats. But once again, Rizzo insists that Mueller was a “lifelong Republican” and he was appointed by Trump appointee Rod Rosenstein, which are....”alternative facts.” Trump’s largely factual here, as Rizzo admits:

Eleven of the 16 attorneys on Mueller’s team whose identities have been disclosed so far have contributed to Democrats, including Clinton and Barack Obama. The other five have no record of political contributions, though the Daily Caller says 13 are registered Democrats. Under federal law, Mueller was not allowed to consider the political leanings of his staff when hiring them.

One of the lawyers on Mueller’s team represented the Clinton Foundation in a 2015 lawsuit. Another lawyer without a record of political donations represented a Clinton aide at one point. Both lawyers worked for WilmerHale, a firm that also represented Trump’s former campaign manager, Paul Manafort, as well as Ivanka Trump and Jared Kushner.

If WilmerHale is somehow a counterpoint, Rizzo should mention that WilmerHale was Mueller’s law firm, so perhaps that would explain why Mueller hired them.

Rizzo really stretched his "fact" muscles by trying to deploy a December 9, 2016 Post story to say Obama didn't do much about Russian interference because, hey, Mitch McConnell stopped him:

“Just before the election, the FBI told President Obama about possible Russian interference, and he did nothing because he thought that Hillary Clinton, Crooked Hillary, was going to win. … He did nothing.”

During the 2016 election campaign, the Obama administration raised alarms over possible interference by Moscow. Senate Majority Leader Mitch McConnell (R-Ky.) at the time “raised doubts about the underlying intelligence and made clear to the administration that he would consider any effort by the White House to challenge the Russians publicly an act of partisan politics,” The Washington Post reported.

Just weeks before the election, the Obama administration announced that Russia was behind the hacking of the Democratic National Committee. On Dec. 29, 2016, Obama imposed sanctions, including the expulsion of about three dozen Russian diplomats and intelligence officials and the closure of diplomatic compounds.

Obviously, Obama action after the election doesn't negate anything Trump said about dawdling before the election. But Rizzo should know the same reporters he cited wrote a huge 7,000-word front-page Post article in June of 2017 with this headline

'WE SORT OF CHOKED' Obama's secret struggle to retaliate against Putin's election assault.

The Post story insisted, and then found the usual anonymous government official:

But other administration officials look back on the Russia period with remorse.

“It is the hardest thing about my entire time in government to defend,” said a former senior Obama administration official involved in White House deliberations on Russia. “I feel like we sort of choked.”

The Post reporters used their own aerobic exaggeration in claiming: "In political terms, Russia’s interference was the crime of the century, an unprecedented and largely successful destabilizing attack on American democracy." Obviously, in political terms, if Hillary had won the election, the Post wouldn't use this kind of drama-queen rhetoric in its "news" stories.