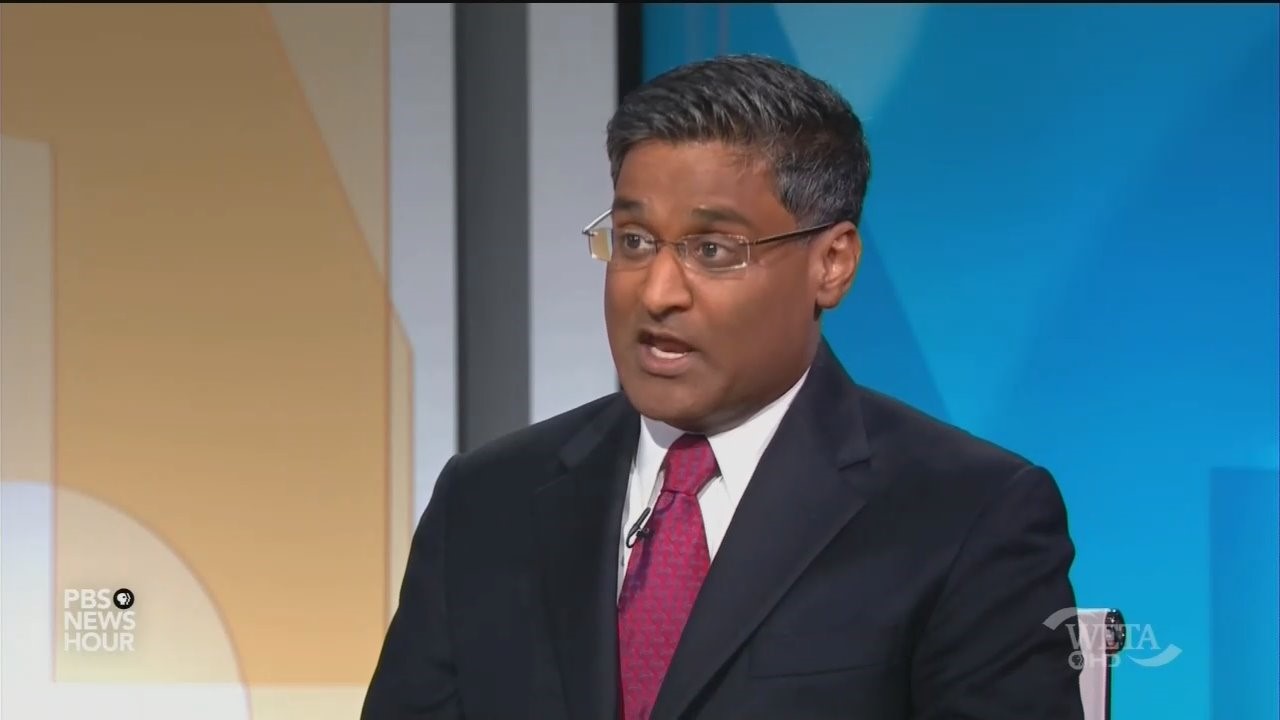 National Public Radio has rotated some other pundits to sit in the "conservative" chair of David Brooks on their Week in Politics review on All Things Considered on Friday nights, often leading to a better, stronger representation of the conservative viewpoint. Sadly, on Friday, Ramesh Ponnuru of National Review was very Brooks-ish, throwing scorn on the declassification of intelligence that might explain the Russian collusion narrative. It's like he doesn't read Andrew McCarthy at NRO, who argues "Russiagate has always been a political narrative masquerading as a federal investigation."

The liberal pundit was Sabrina Siddiqui of The Guardian, and as usual, the left-wing half is shamelessly partisan, and this case preposterous, insisting there was "no evidence" of shady FBI behavior, such as using the Clinton-paid "dossier" of oppo dirt to get FISA warrants on Carter Page, and then using dossier-based news media reports to underline its case:

MARY LOUISE KELLY, host: Let's stay with these new powers for the attorney general to investigate the investigators. Sabrina, the White House says this is needed to get to the bottom once and for all of what happened in 2016 and needed to restore confidence in our public institutions. Do you agree?

SIDDIQUI: Well, I think the biggest concern here is that the president is trying to blur the lines between court-authorized surveillance and spying on a political campaign. There is no evidence to suggest that the FBI acted improperly in surveilling Carter Page, who was a foreign policy adviser of sorts to the Trump campaign and had contacts with the Russians. The FBI would have had to present evidence to suggest that there was probable cause that Carter Page was acting as a foreign agent in order to have that surveillance authorized.

But I think now that the president is directing Attorney General William Barr to declassify information and reveal what really happened during the course of the 2016 election, it potentially paves the way for selective disclosures that will help the administration frame the narrative in the way it so chooses, to try and suggest that there is some sort of illicit spying on the Trump campaign when, so far, there's no evidence to suggest that was the case.

But when it turned to Ponnuru, there was no pushback to Siddiqui. He actually underlined that the Attorney General has lost any credibility to be seen as neutral. He said nothing about whether the FBI was neutral in 2016, or whether the media has ever been neutral on this:

KELLY: You're raising the danger which we just heard Jeremy Bash allude to of potentially politicizing intelligence. Ramesh, what do you think?

PONNURU: Well, there's no question that the president has the constitutional authority to make this command. The question is what degree of trust we have in the attorney general to make neutral decisions about declassification. And I...

KELLY: All right. What degree of trust do you have in the attorney general to be neutral?

PONNURU: And I would say that his reputational capital has declined quite a bit over the course of this year, that when he was nominated, he had a significant amount of bipartisan support. That has evaporated in the course of the last few months during these hearings. And I would just also point out, just a few weeks ago, Barr himself was saying in testimony before Congress that we have to stop criminalizing -- excuse me -- we have to stop using the criminal justice process as a political weapon.

So I think that there's a political problem for them. And I think that it's something that we should view with a high degree of skepticism on substance.

KELLY: It also sounds as though you're arguing take the person out of it, take Bill Barr out of it personally. There's a precedent being set here in terms of the norms of separation of government. That sounds like it worries you both.

PONNURU: Well, this administration - this president, in particular - doesn't just seem against the historical norms about how a president should interact with the justice system. He seems to be unaware of the existence of those norms or the reasons they were there in the first place. And so I think this just fits into that pattern.

No one expects a conservative pundit to agree with the administration on everything. But it would be nice to at least push back against the liberal narrative on taxpayer-funded broadcasting, that there is "no evidence" of wrongdoing in the Russian "collusion" shenanigans, and to note the fascinating take that the Left and the media suddenly oppose more transparency and declassification.

For representing the side of National Review, Ponnuru deserves a "high degree of skepticism on substance."

UPDATE: Ponnuru responded to this post on The Corner, mostly objecting to the headline:

I don’t recall saying anything about collusion; nor does Graham quote anything from me on that subject. Maybe going full David Brooks means getting through an interview without bringing it up? Here‘s what I wrote about it when the Barr letter was released in late March: “There’s no way for President Donald Trump’s opponents to spin it away: He just won a big victory and the Russia-collusion story is over. ”

Since Graham has nothing to say in response to any point I made, his misleading headline is actually his most lucid comment.

Let's start with this: Ponnuru is bringing more passion to attacking me than he did in offering any critique of liberals on NPR. This was the point.

Ponnuri is a whip-smart analyst. He shouldn't pretend he doesn't understand what I was saying, or what "going full David Brooks" means. Let's spell it out: Ponnuru, in tone and content, couldn't be distinguished from the liberal pundit, or the liberal NPR anchor. They all sounded the same.

No article would have been written if he had told the NPR anchor "the Russia-collusion story is over" or anything contentious. Why couldn't he call a liberal less than lucid on NPR? Is he afraid of not being invited back?

The inclusion of the word "collusion" was in reference to Hillary's campaign colluding with Russians on the Christopher Steele dossier, which was used to begin surveillance on Carter Page. Siddiqui insisted there was "no evidence" of improper monkey business there. Ponnuru offered no rebuttal.

By contrast, see Jonah Goldberg on NPR a few days ago. He also said Barr's image was suffering, but then added the media were being ridiculous:

I think Barr has handled himself in ways that he's taken a major reputational hit. But I also think that the media feeding frenzy trying to turn him into - I don't know - some Trump crony, Corey Lewandowski type, I think, is ridiculous....

I think Bill Barr has taken a reputational hit. He does seem like he is erring on the side of protecting the president more than perfect optics should allow. At the same time, that is hardly new. Originally, the attorney general really was the president's personal attorney. And compared to the behavior of Robert Kennedy or even Eric Holder, this is not so far beyond norms.