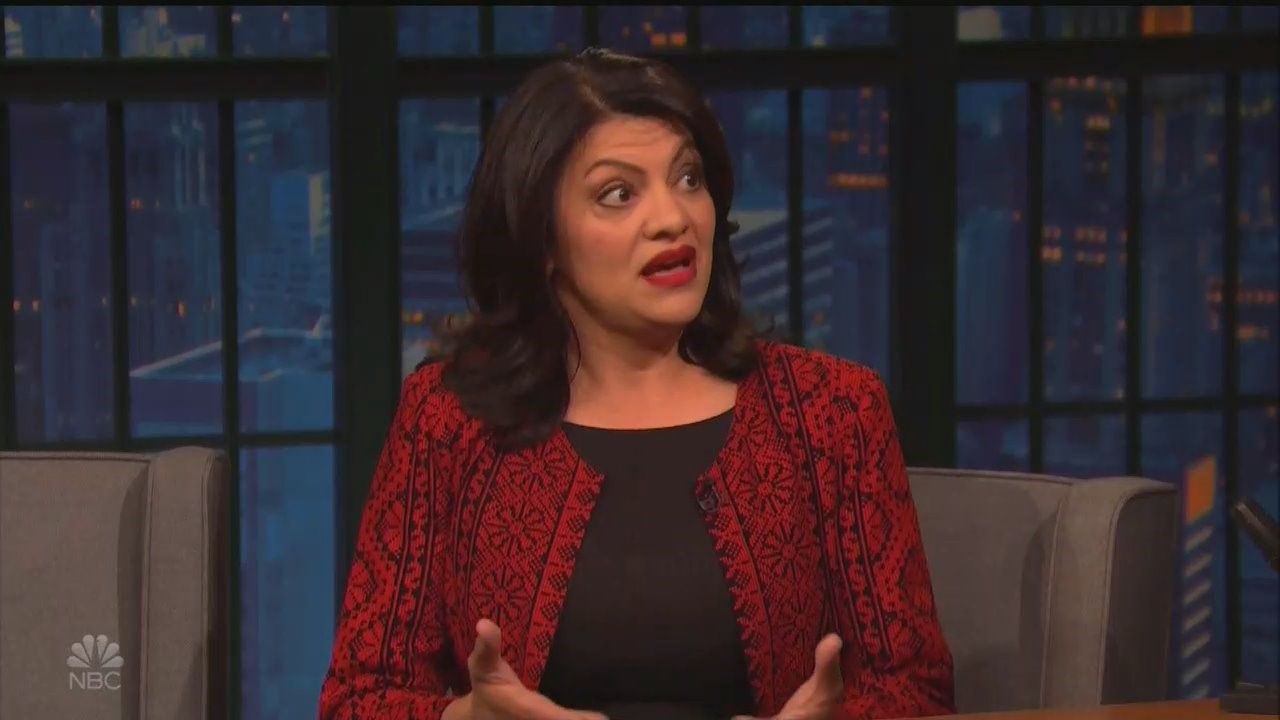 On Monday, CNN repeatedly covered the controversy over freshman Rep. Rashida Tlaib's comments about Palestinians and the Holocaust. She clumsily said in a Yahoo podcast that "There's always kind of a calming feeling...when I think of the Holocaust," that "my ancestors" sacrificed to "create a safe haven" for the Jews in the Middle East. ABC, CBS, and NBC skipped it -- unless you count NBC's Late Night host Seth Meyers helping Tlaib attack her critics as grade-school stupid.

CNN anchor John King even provided a fact check: "Yes, she said that Palestinians lost land in the creation of Israel, but she ignored the fact that Palestinian leaders at the time allied themselves with Hitler and the total war was how the Arab world reacted to the declaration of Israeli independence."

Guess who didn't provide a fact check? The "independent fact checkers." Just as they all stayed conveniently quiet on Stacey Abrams bizarrely claiming she won the governor's race in Georgia, there were no Tlaib fact checks on PolitiFact, Snopes.com, FactCheck.com, or The Washington Post Fact Checker. No one would venture to explain how she's wrong, or try to claim she spoke truth.

These omissions demonstrate that these Fact Cops are not objective or independent. They have a tendency to protect Democrats and attack the critics of Democrats as the primary fact-manglers.

PolitiFact still has no page for Tlaib. They've never evaluated her. But a look at search results shows they have repeatedly tried to "fact check" her critics on the internet as "Pants on Fire" or false.

December 19, 2018: No, three Muslim congresswomen did not 'refuse' to take the oath - the ceremony hasn't happened yet

January 9, 2019: No, Rashida Tlaib did not tweet about 'raping and pillaging' America

House Democrats circled their wagons around Tlaib, trying to shame Republicans for "pouncing" on these remarks. They even let Tlaib preside over the House on Wednesday. David Catron at The American Spectator is speculating that the Democrats are gambling that getting the Muslim vote in states like Tlaib's Michigan are more important than Jewish voters in blue states that Trump will lose anyway.

Are the "fact checkers" calculating who should win and who should lose when they decide what Facts to Check?