Donny Deutsch Gushes All Over Pete Buttigieg, But Demands He Denounce Trump Harder

Donny Deutsch began a new MSNBC program called Saturday Night Politics, and he interviewed Democrat presidential candidate Pete Buttigieg and gushed all over him for his "core excellence of humanity" as the "polar opposite" to President Trump.

DONNY DEUTSCH: Here’s what I love about your brand and why I think you’re one of the three anti-‘trumps -- I think there are only three candidates who can really earn that badge -- is your résumé -- and a resume is not a brand, it's attributes, but -- Harvard grad, a vet, traditional in an untraditional way, religious, Rhodes scholar. You bring out hope in the better angels in all of us. Actually, when I read about you, I’m like 'I’m not doing so good in my life, I can do better." And to me that is the ultimate antithesis to Trump, who as a human, certainly, at least from my vantage point is the polar opposite of that. To me, that decency, that core excellence of humanity is what separates you, and I think is the essence of your brand, that we could aspire to be, not only as a country, but as a person.”

PETE BUTTIGIEG: Well, I don't mean to put myself forward as an excellent specimen, but I do agree that there's a need for us to recognize that a big part of leadership is just calling forth what's best in us, and right now we've got leadership that draws out the worst in us, draws out the absolute worst in supporters and opponents.

Deutsch then asked him to denounce Trump: "Obviously you were watching Trump long before you ran for office. Tell me what kind of human being you think he is, because I think your humanity is obviously is your essence, the excellence of it, and Donald Trump as a person, not as a candidate, not as a president. What do you see there? Tell me what you see in that human being?" Buttigieg said he'd never met Trump, so he can't say much, and Deutsch was quite unhappy, demanding a tougher punch: 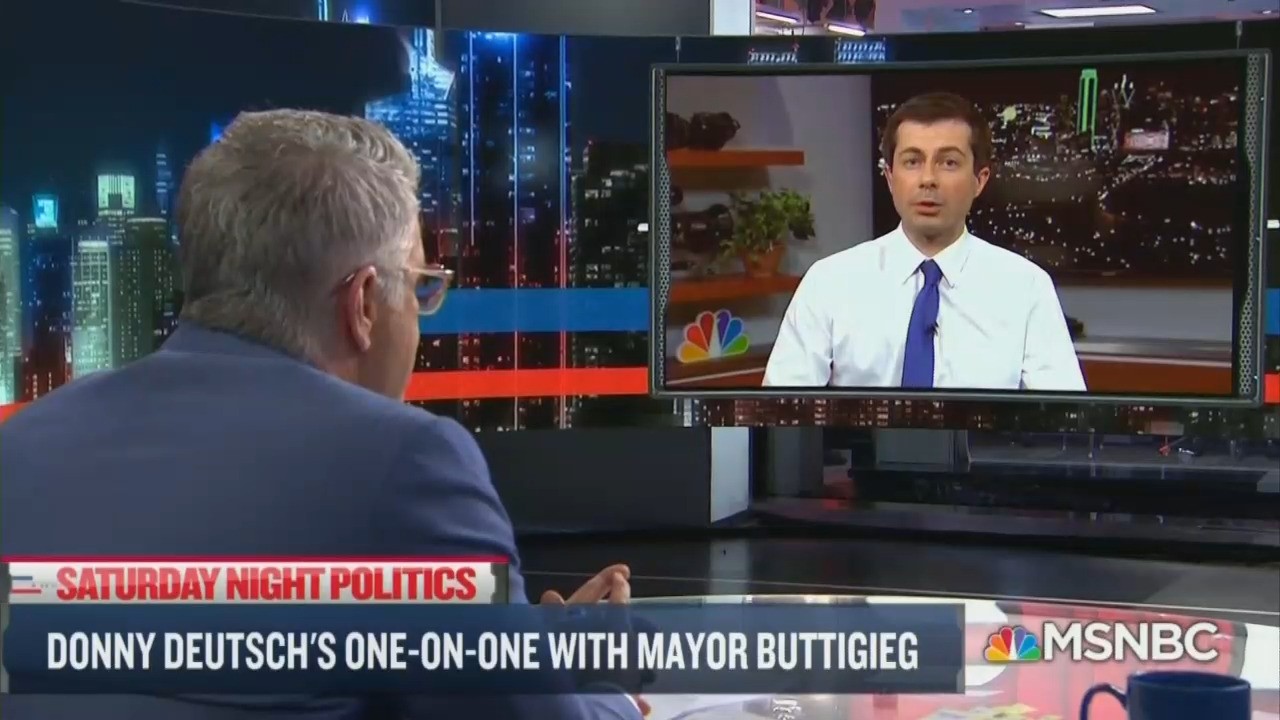 DEUTSCH: I describe the president as a bad man, as in some ways an evil man, as a callous man, as somebody with very little conscience, no compassion. Are you too nice? I want a candidate, and I think we need a candidate, that when I ask them is this a decent human being, is there something wrong here? You know, I want those harder punches for you, and why are you holding back? I do know just by looking at your life and how you’ve lived your life, how you must feel about it as a human being. So I'm going to give you once more shot to throw a tougher punch.

Buttigieg said "I'm not interested in expressing my anger about as much as I am in defeating and ending his presidency." But he added they could discuss ideas of service -- "I was packing my bags for Afghanistan while he was working on Season 7 of Celebrity Apprentice." Deutsch smiled broadly and said "I like it!"