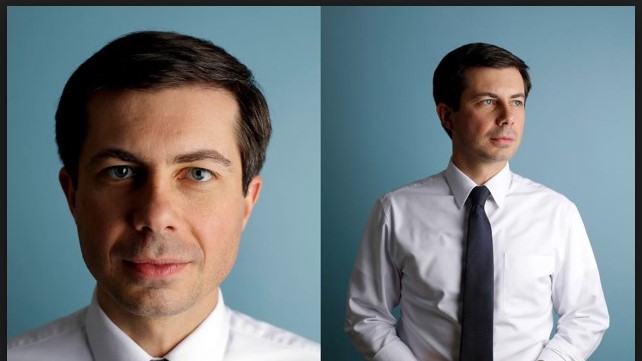 The Washington Post "Fact Checker" squad has one article featured every Sunday in the A-section. On Easter Sunday, Glenn Kessler established that Democrat presidential candidate Pete Buttigieg should not claim Vice President Mike Pence spoke in favor of "conversion therapy" to press homosexuals to drop their same-sex attraction. "We can find no evidence that Pence ever expressed support for conversion therapy."

And yet....where are the Pinocchios? Pinocchio can come out of the closet for Pete Buttigieg.

By the Fact Checker's own scale, there could be at least Two Pinocchios here: "Significant omissions and/or exaggerations. Some factual error may be involved but not necessarily."

Here's why there's no marionettes: not only did Pence apparently never express support for conversion therapy....Buttigieg hasn't expressly attacked him for it. The best the Post could do was a Buttigieg statement sent to them: "I don't know what he believes about conversion therapy because he has never given a straight one [answer]."

Instead, Kessler noted "CNN, for instance, said Pence 'signaled support' for such funding in its report on Buttigieg's speech to the LGBTQ Victory Fund." So why not make this fact check about CNN? (Rhetorical question.)

Why even make this a "Fact Check" for these two candidates for national office? Just to make this an issue for Pence? The headline in the paper was "Pence's attitude toward gay people and the debate over 'conversion therapy.'"

Kessler found Pence spokeswoman Alyssa Farah was emphatic when gay figure skater Adam Rippon refused to meet Pence at the Olympics: "The vice president has never supported conversion therapy, and doesn't support it now. Any reports to the contrary are patently false."

But strangely, he dissed the aide as inconclusive:

Pence has demonstrated a history of opposing expansion of gay rights, such as marriage or in the military. But there is no pattern of him promoting conversion therapy; there is just one oddly worded line in an almost two-decade-old Web page. Is it a dog whistle — or just sloppy language written one night by a low-level staffer?

Pence could certainly settle this conundrum if he has rejected such therapies in his own words, rather than through a spokesman. Then there would no longer be any question.

Nevertheless, we conclude there is little evidence that Pence supported conversion therapy, especially given the discussion concerning the Ryan White bill at the time. Media citations on this issue should be more careful in how they reference it.

It's especially weird for Kessler to diss Farah like this, since he routinely skips the Pinocchios for Democrats when a spokesman calls up to say "oops, our politician made a boo-boo." Those aides are good enough for him to make a ruling (or avoid a ruling).