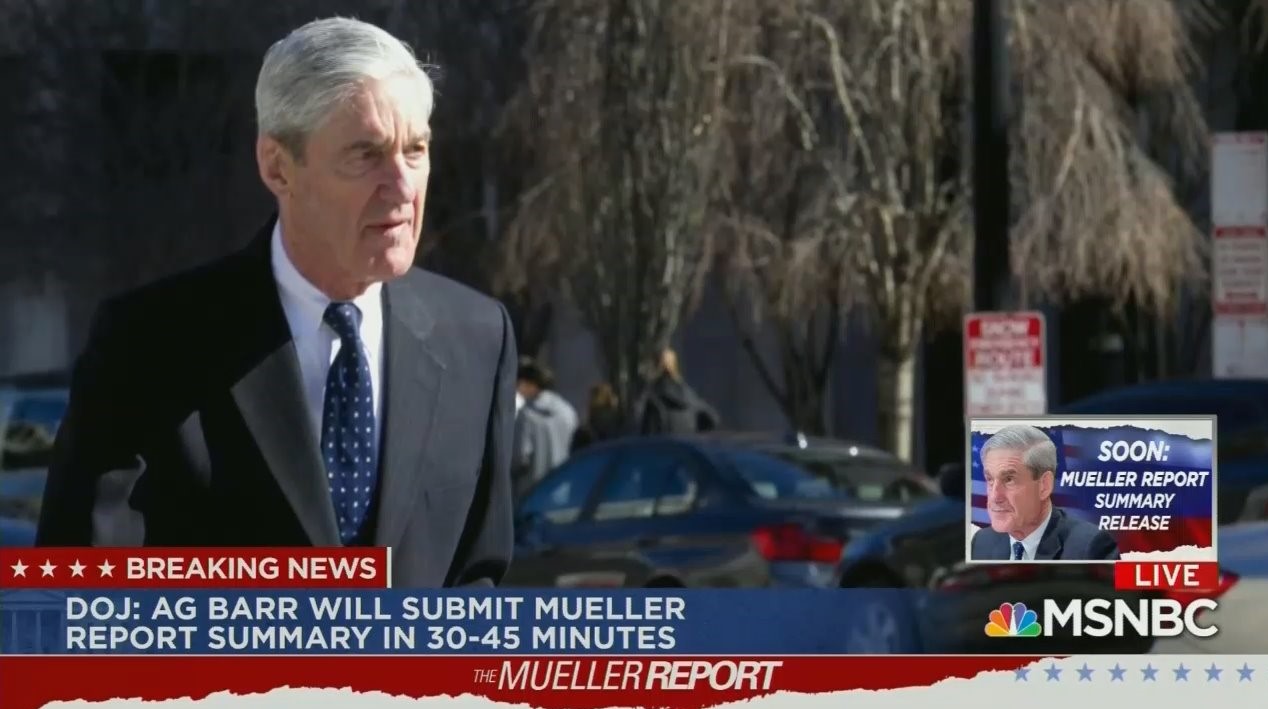 On Tuesday, the Washington Post Style section front page contained another episode of fashion writer Robin Givhan channeling her liberal political views through the pretense of assessing fashions. The subject of her adoration was special counsel Robert Mueller, seen leaving services on Sunday at St. John's Episcopal Church across the street from the White House.

Mueller has no discernible fashions. He dresses like a well-heeled pillar of the Establishment. Givhan began: "But in his white shirt and dark pinstriped suit with a discreet tie, Mueller looked like himself — or at least the version that we have gotten to know, a man who would not come to work or come to Jesus without a tie."

The valentine grew in intensity as it went along:

Mueller still has not spoken in public. We have only the pictures to tell us the story of his moods. How are you feeling, Mr. Mueller? You look smashing and so surely, you must feel swell.

For so long, the only pictures of Mueller were those of him looking like the consummate professional, the man in the crisp white shirt, the dark suit and tie. His expression was neutral. He was sharp, but he was also a cipher. He was not a man prone to flashes of sartorial exoticisms. There was nothing to parse other than he looked the part of an FBI man — a government man. That was the image ingrained in our fevered brain — a no-nonsense, imperturbable fella.

He was respected and ballyhooed. Derided and dismissed. Mueller’s look was reassuring mostly because it accurately reflected his demeanor. His clothes didn’t peacock and neither did he. And for this, we were grateful. He was the calm in the storm of leaks and Tweets.

Whether one viewed Mueller as an avenging angel or a relentless witch hunter, his clothes said he was Mueller: righteous seeker of facts.

Givhan was somehow amazed by a photograph of Mueller arriving to weekend work in his car with a baseball cap on his head:

In all those other photographs, the ones that basically all looked the same except for the color of the tie — red or blue — Mueller came across like a spy novel version of super prosecutor — such a perfect specimen of a law man that if he had been crafted by Hollywood, audiences would have rejected him as too pat.

But in his baseball cap, through the tinted windows of his car, which gave his face an almost grayish, greenish cast, he looked like a man who has been laboring — like someone who has dug up the truth as best as it could be ascertained by a mere human....

The baseball cap picture announced an end — of something. In the cinematic telling of this story, this is the red herring signaling that the case is closed when it’s really just the beginning of the more gripping part of the tale.

Or is it really a "red herring" that Mueller didn't find any nefarious collusion or conspiracy between President Trump and the Russians? Is it "really just the beginning"?