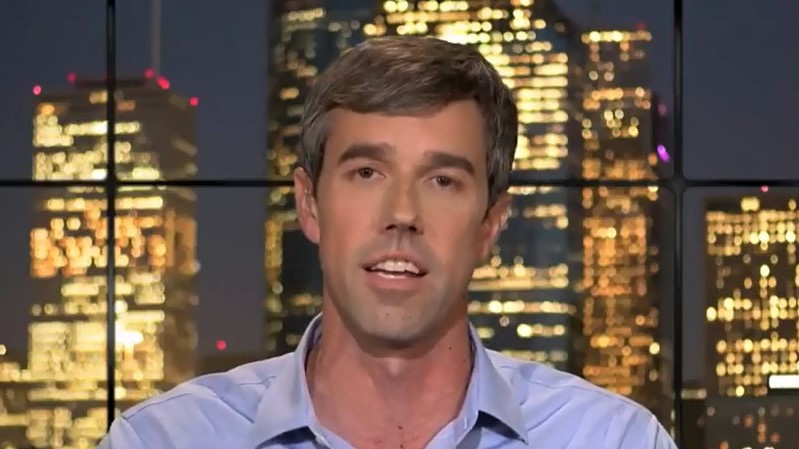 Amber Athey at the Daily Caller reported "Reuters bragged Friday about its scoop that Democratic presidential candidate Beto O’Rourke was once involved in a notorious hacker group, but revealed in the process that one of its reporters willingly sat on the story until after O’Rourke lost his Texas Senate race to incumbent Ted Cruz."

In a Friday "Backstory," Reuters reported its technology reporter Joseph Menn figured out O'Rourke belonged to an influential hacking group calling itself Cult of the Dead Cow. They sat on it for many months: "In an interview in late 2017, O’Rourke acknowledged that he was a member of the group, on the understanding that the information would not be made public until after his Senate race against Ted Cruz in November 2018."

Earth to Lawyer: Liberal media outlets sit on stories all the time, calculating the political advantages or disadvantages. Ask any Bill Clinton accuser.

The same Stelter ignored Reuters on his "reliably" liberal show and on Twitter disdained any outrage: “Reporters who are writing books sometimes hold back certain info till their book comes out. That’s what the reporter says happened in this case. Book deal situations are definitely complicated. The Fox/Stormy situation didn't involve a book. What's your proposal -- no books?”

Menn defended his reporting decision on Twitter, explaining that he only had a “guess” that O’Rourke was the CDC member in Congress and “zero sources.” Menn said he agreed to the hacker group's terms because he “wanted the full story for my book, which spans decades, rather than 1 scoop ahead of a state vote."

Laughably, Menn claimed no one thought Beto would lose and then run for president, but what a happy accident for his book project! He tweeted: "No one thought he would lose the Senate race & immediately enter onto an even bigger stage, but here we are, and the embargo is up. The book is out soon, O’Rourke is running for president, and people should hear the missing part of his story."

Walter Cronkite used to claim that the media reported the news straight and let the chips fall where they may. But they don't. Liberals hold their chips like they're always playing political poker. Transparency is often delayed, or never employed.