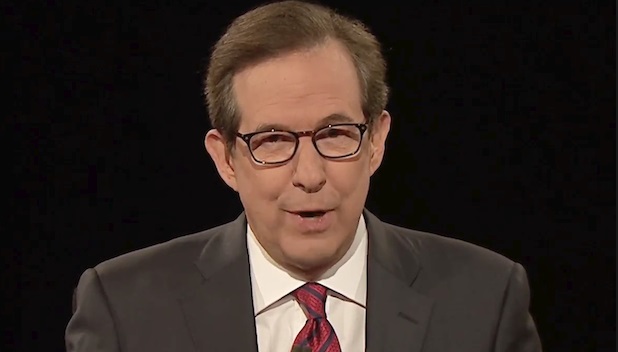 Lance Morrow used to be a liberal essayist for Time magazine, perhaps most memorably lecturing America to "grow up about sex" in 1992 when voters were troubled about Bill Clinton's infidelity problems. He took a different tack once Clinton was exposed for exploiting White House intern Monica Lewinsky. In Friday's Wall Street Journal, Morrow mocked the idea that the Democrats should freeze Fox News out of presidential debates because the liberals are shocked by biased journalists:

The Democrats consider Fox a propaganda arm of the Trump administration, but they have their own propaganda arms. Most of the mainstream media manifest a deep affinity for progressive Democrats and their agenda. To exclude Fox smacks of Soviet one-party theatrics.

The journalists at CNN, MSNBC, the Washington Post and the New York Times and, broadly speaking, the elected officials and paid operatives of the Democratic Party—almost all of these people agree on the issues of the day: women’s rights, abortion, gay marriage and other LGBTQ issues, Black Lives Matter, gun control, immigration, the border wall, family separation at the U.S.-Mexican border, Russian collusion, Brett Kavanaugh’s fitness and so on. They agree, above all, in opposing and loathing Donald Trump.

The Journal, like Fox News, is owned by Rupert Murdoch. But facts are facts. Morrow acknowledges that President Trump has a close relationship with Fox host Sean Hannity -- they're said to talk by phone nightly after Hannity's show -- but says this isn't really something new in history:

-- The muckraking journalist Lincoln Steffens of McClure’s Magazine met often with President Theodore Roosevelt to advise him on progressive policy.

-- Arthur Krock, Washington bureau chief and a columnist for the New York Times, was in the Kennedy family’s pocket for years. He wrote columns in the late 1930s pushing Joseph P. Kennedy, John F. Kennedy’s father, for president, and used his influence on the Pulitzer board to engineer a 1957 prize for JFK’s book Profiles in Courage.

-- Henry Luce, co-founder and editor in chief of Time Inc., "liked to tell his countrymen what to think, and presidents how to act. Presidents feared Luce and his ability to teach and preach to tens of millions of American voters every week." Luce was especially proud of pushing President Dwight Eisenhower, whom his magazines backed in 1952. .

-- Phil Graham, publisher of the Washington Post, was an intimate adviser to Lyndon Johnson, notably at the 1960 Democratic convention, where LBJ sought the top spot on the ticket but settled for being JFK's running mate.

-- Ben Bradlee, of Newsweek and later of the Washington Post, had a glamorous friendship with President Kennedy that was close and, "from a journalistic point of view, not quite ethical."

Like many writers, Morrow agreed that Bret Baier, Martha McCallum, and Chris Wallace would be effective moderators: "It will be fatal to Democrats’ chances in 2020 to encourage the suspicion they won’t tolerate points of view that differ from progressive orthodoxy."

Morrow concluded "Fox journalists asking the questions would only sharpen the debate and increase the candidates’ credibility. The ideologues at the DNC don’t grasp the virtue of competing ideas. Jacobins rarely do."