Cold: AT&T Plans 'The Erasing of Ted Turner' from His Signature TV Brands 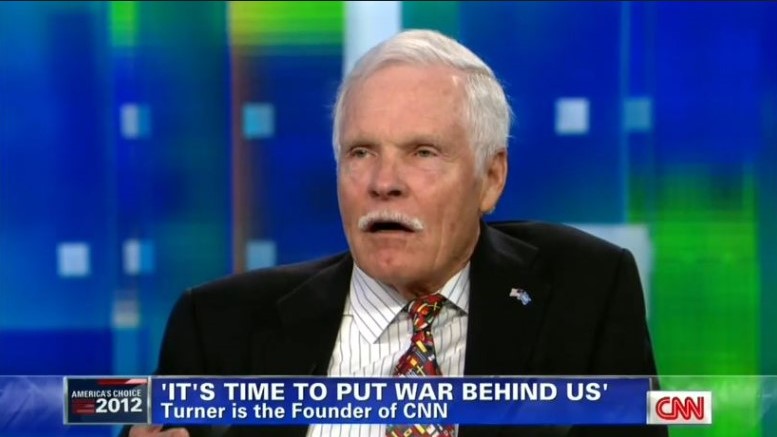 Who knew media executives were two-faced? Mary Pflum of NBC News reports that AT&T's bosses Randall Stephenson and John Stankey plan "the erasing of Ted Turner" after they finalize their takeover of Warner Media. The Turner brand is being retired. This comes a year after  Stephenson and Stankey "flew to Atlanta to meet in person with Ted Turner to personally assure him that his legacy would be maintained in the wake of any reorganization of the company."

“Ted and I were assured at that meeting, by the highest levels, by the AT&T chairman and the chairman of WarnerMedia, that all that Ted built would be strengthened and that the editorial integrity of CNN and the journalistic excellence of CNN will prevail,” said Tom Johnson, a former president of CNN, and a close friend who was with Turner at the time of the private lunch in March 2018.

The "journalistic excellence of CNN" is very much a concept sold by liberals who pretend CNN isn't a liberal opinion network still branded as a "news network."

NBC suggested this was the "end of an era," but Turner, a cable TV pioneer who founded the Cable News Network and the Turner Broadcasting System, has been increasingly sidelined from wielding media power since he sold off his businesses to Time Warner in 1996. He was a vice chairman of Time Warner for seven years, but left in 2003.

When it became evident that Turner was being pushed out of the media empire he built, Turner lashed out publicly, telling CNN staffers at a private concert to mark the network’s 20th anniversary in June 2000 that he had been sold out....

In the 1980s, Turner imposed his own liberal politics on his networks. The earliest days of the MRC were spent mocking his programs like a fawning interview with Cuban dictator Fidel Castro and his seven-hour Portrait of the Soviet Union, with comical sentences like: “Once, the Kremlin was the home of czars. Today, it belongs to the people.”

Turner also pushed eco-doom, like the CNN 1992 series "The People Bomb," in which leftist Paul Ehrlich "reported" that "Generally one can say that the birth of a baby in the United States is on the order of thirty times as big a disaster for things like global climate change, the ozone layer, acid precipitation, and so on, as a baby born in a poor family in Nepal, Bangladesh, Colombia, or whatever."