Matt Wilstein at the Daily Beast chronicled how CNN boss Jeff Zucker "unloaded" on Fox News in an interview at the trendy leftist South by Southwest Festival in Austin with Vanity Fair media writer Joe Pompeo. The latest topic was the Democrats refusing to let Fox News host a presidential debate. 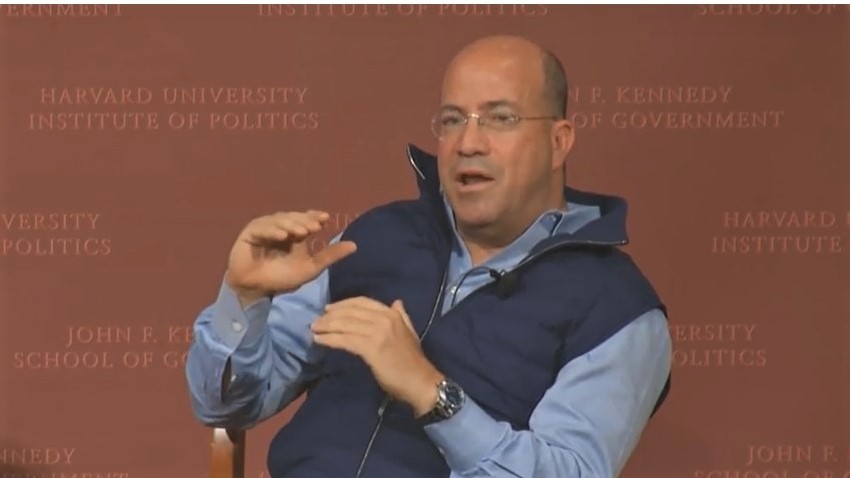 As for Fox News’ response singling out its more legitimate news anchors, Zucker said, “They chose to work at Fox and they don’t get to hide behind the fact that they’re excellent journalists or anchors. The fact is they work at a place that has done tremendous damage to this country.”

Zucker won't take any responsibility for making Donald Trump electable, not for his work with Trump on The Apprentice, and not for his huge gobs of live coverage in the primary campaign.

“I do not believe that CNN is the reason that Donald Trump got elected,” Zucker insisted. “I wish we had that much power—we don’t....

"I’m not going to apologize for interviewing Donald Trump when his competitors didn’t have the courage and foresight to actually take advantage of those opportunities,” Zucker said. “That’s on them. That’s not on CNN.”

Sure, as if CNN was going to carry every Ted Cruz event live? That's Ted Cruz's fault?

There were also some knee-slapping statements Zucker made with a straight face, like this:

“If you really watch CNN, there are not a lot of screamy, political, partisan fights,” Zucker said, a bit unconvincingly. “Do they happen from time to time? Yes, absolutely. Is that a predominant part of CNN? No, I think that’s an unfair criticism.”

Perhaps he means "sometimes the screamy fights are between Chris Cuomo and Don Lemon. They're not all partisan."

Zucker did some unconvincing spin about CNN controversies from the Left, including hiring Sarah Isgur as a political editor (she's been converted to offering analysis) and failing to hire black executives. Zucker did think it was a “fair criticism” to say that CNN has at times "allowed too many conservative commentators to spread false information on its air." As if conservative equals false?

The Hollywood Reporter also touched on Zucker having political ambitions -- gee, I wonder what party he would declare?

Zucker was asked about his interest in running for public office, "political ambitions" he said he has harbored for 30 years. "I'm still interested in the idea," he said. "At some point, I'd like to really give that a shot. It's not imminent. It's not happening next year. We'll see where the world goes."