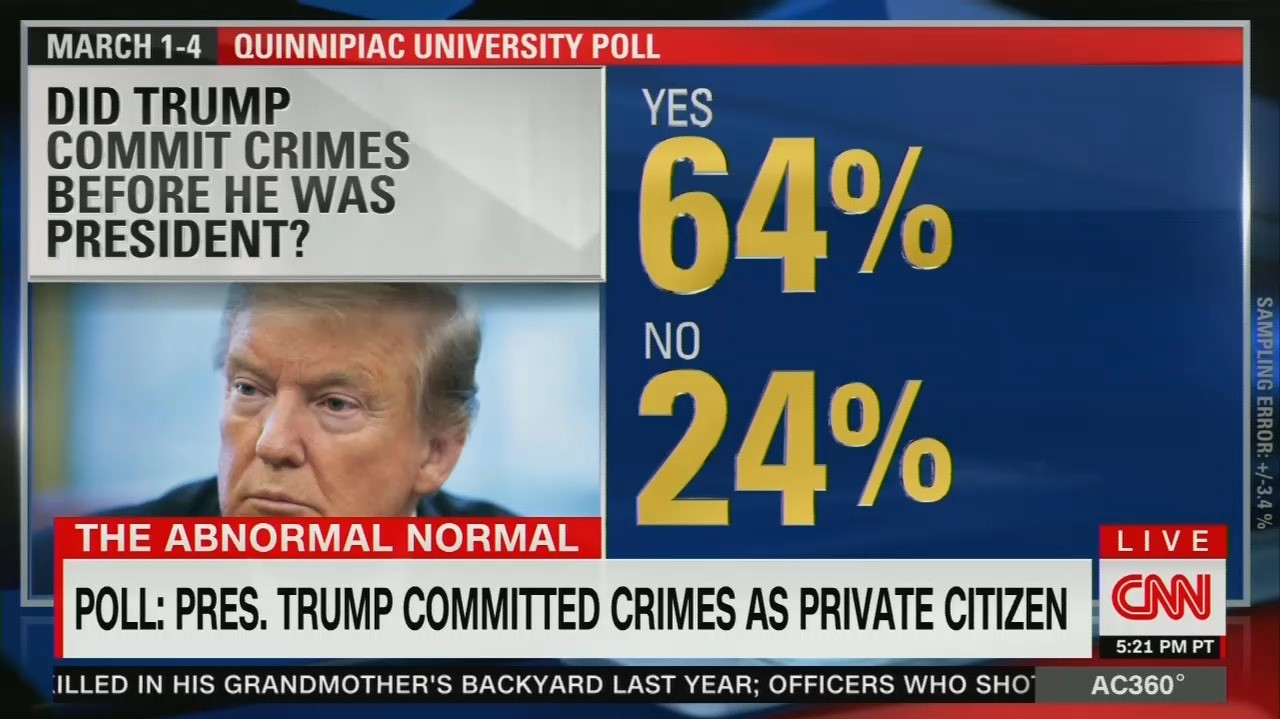 Imagine these same pollsters offered that question for Bill Clinton when he was suppressing information from women who claimed affairs with him, and trying to get Monica Lewinsky a cushy job to keep her quiet (as he did with Gennifer Flowers in Arkansas). The Clinton News Network wouldn't have wasted a second on that, if such a poll result had ever existed. They would protest that the justice system doesn't work via public opinion, that public opinion can prejudice legal proceedings.

COOPER: Nearly two out of three people believe the president of the United States committed crimes before taking office. That's what new polling from Quinnipiac University shows, and at any other time with any other president in any known universe, that answer would be just as unthinkable as the question itself.

I mean, think about it, 64 percent of people, including a third of Republicans, believe that Donald J. Trump was a criminal when he raised his right hand and took the oath of office. A full 45 percent say they believe he's committed crimes while in office. Now, that ought to be shocking. Now it's kind of barely surprising.

But as normal as the completely abnormal now is, determining whether or not the president of the United States is a crook is still important.

"The answers to two survey questions deliver a double-barreled gut punch to the honesty question."

"Add to that, Michael Cohen, a known liar headed to the big house, has more credibility than the leader of the free world."

Both CNN and the Quinnipiac press release skipped over other numbers that weren't as pleasing to liberals. For example, when asked if the Democrats should begin impeachment hearings, only 35 percent said yes, unchanged from their December poll.