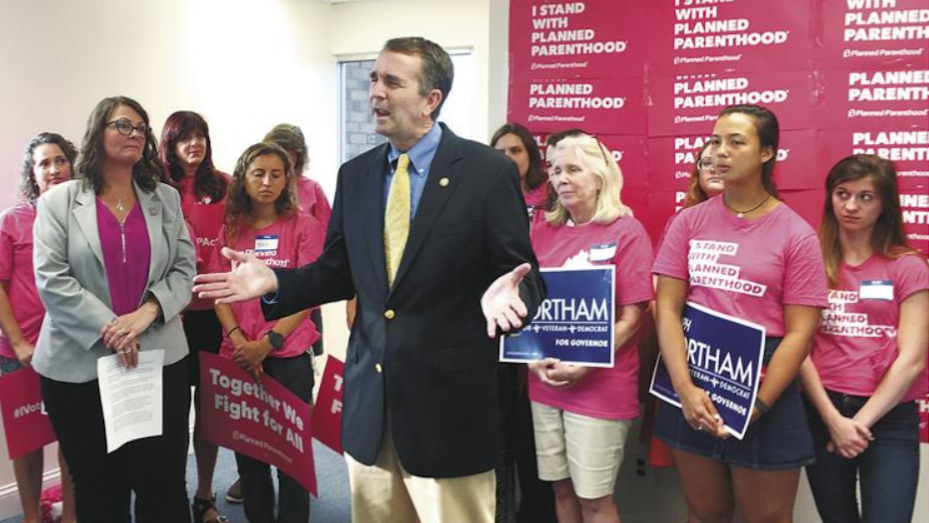 Liberal "fact checkers" are very sensitive about late-term abortion. On Wednesday, PolitiFact rated President Trump as "False" because he said Virginia Gov. Ralph Northam "stated that he would even allow a newborn baby to come out into the world... then talk to the mother and talk to the father and then execute the baby."

The sensitive word there is "execute." Northam didn't say "execute." Planned Parenthood-backed liberals like Northam use vaguer, gentler words for baby death, like perhaps a "terminated pregnancy." They also insist that Democrats aren't endorsing "infanticide," just allowing the woman the "choice" of killing infants outside the womb.

What Northam actually said about late-term abortions was a sloppy word salad:

Northam didn't say he supported abortion at the very end of pregnancy, but it can be implied from this euphemistic passage that Northam believes in a woman's right to choose an abortion at any time. To soften the harshness of that concept, they often shift to the most example of a severely deformed, "non-viable" baby.

Are all late-term abortions due to unfixable health problems? Let's take a look at the February 6 Washington Post:

A Congressional Research Service report published in April 2018 quoted Diana Greene Foster, the lead investigator on the study above and a professor at UCSF’s Bixby Center for Global Reproductive Health as saying “[t]here aren’t good data on how often later abortions are for medical reasons.”

“Based on limited research and discussions with researchers in the field, Dr. Foster believes that abortions for fetal anomaly ‘make up a small minority of later abortion’ and that those for life endangerment are even harder to characterize,” the report stated.

PolitiFact wanted to give Trump a "Pants on Fire" rating, but the governor's mush-mouth answer made them reconsider:

Northam, a physician, never said he would sanction the execution of newborns. What he did say during a radio interview is that in rare, late-pregnancy cases when fetuses are nonviable, doctors deliver the baby, keep it comfortable, resuscitate it if the mother wishes, and then have a "discussion" with the mother.

The issue is that Northam declines to say what that discussion would entail. Trump puts words in the governor’s mouth, saying doctors would urge the mother to let them forcibly kill the newborn, which is a felony in Virginia punishable by a long prison sentence or death. [This elides the issue of the new bill by Del. Kathy Tran, which created this controversy in the first place.]

Trump misstates and exaggerates Northam’s words in ways that fan division. Often, that’s enough for us to torch someone’s pants. But Northam left himself open to some interpretation by declining to clarify his confusing remarks.

So we rate Trump’s statement False.

This report underlined how "fact checkers" look like people who are "perception checkers," as in "let's avoid the perception of Democrats enthusiastically supporting the killing of babies old enough to survive outside the womb." Why won't PolitiFact actually "fact check" the pro-abortion side for a change?

In fact, PolitiFact just checked Northam for the very first time a few weeks ago -- and it was a "True."