Twitter continues to provide unmissable examples of media adoration of Democrats. Female reporters from CBS, CNN, and NBC gushily tweeted on Saturday about picking out an "amazing" jacket for Kamala Harris on the campaign trail. Does anyone think this happened for Michelle Bachman in 2011? Carly Fiorina in 2015? The professional excuse was Harris was touring small businesses in South Carolina. But the fashionistas were purring over a "great," "awesome," "amazing" coat they were "forcing" on the candidate. Here's Caitlin Huey-Burns from CBS: 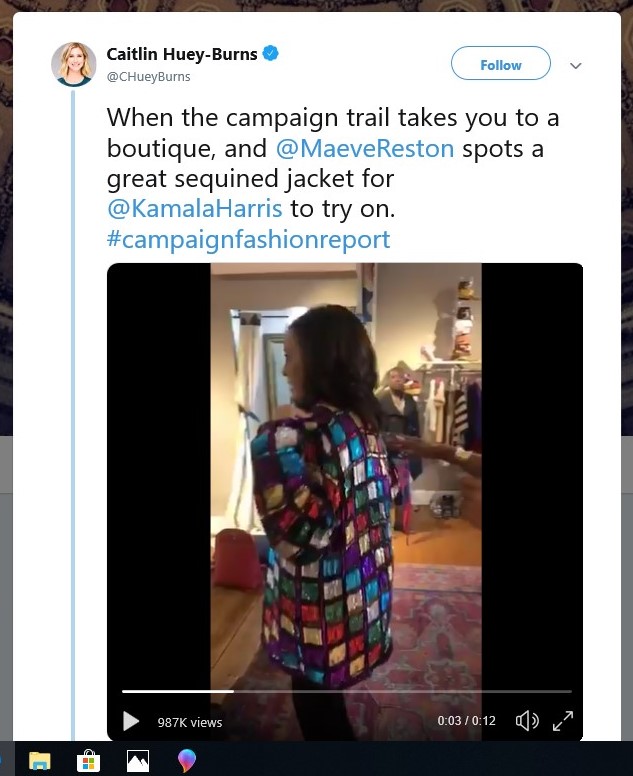 NBC's Ali Vitali joined in on the goo: 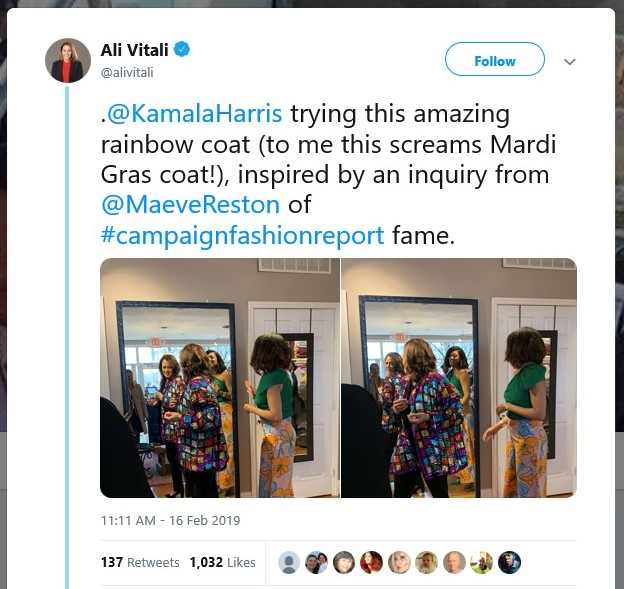 Maeve Reston is not a fashion designer. She's a reporter for CNN. She tweeted: 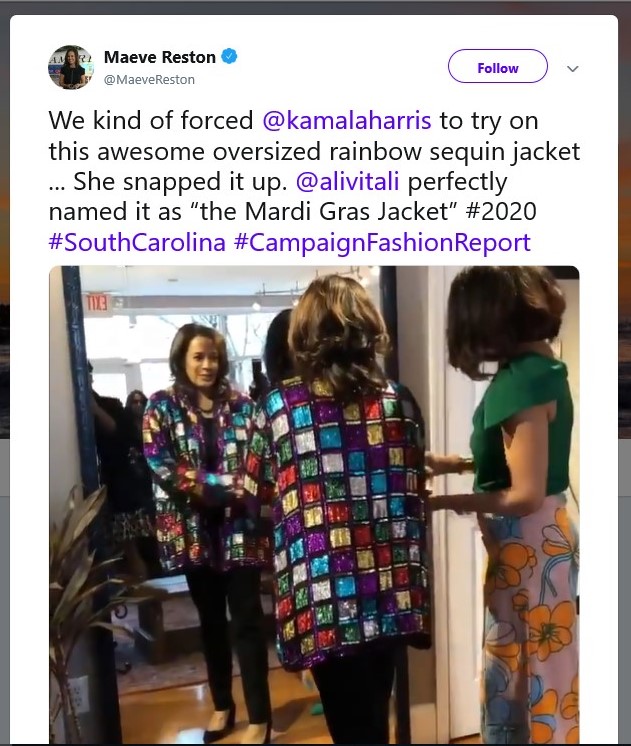 Vitali also happily reported “Update: she bought the jacket,” with a star and rainbow emoji.

James Taranto at The Wall Street Journal objected with what sounds like a traditional take on media objectivity: 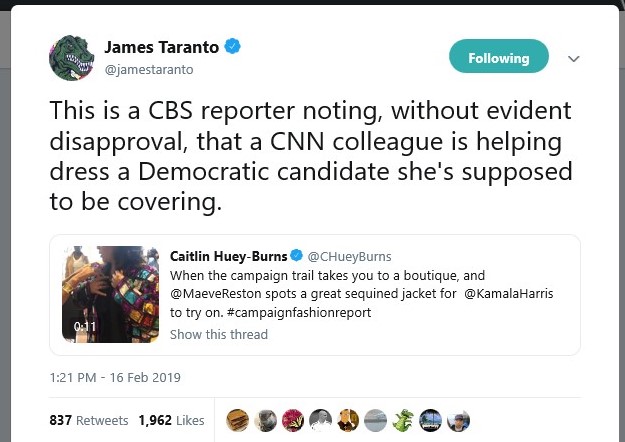 Taranto also shot down a liberal named Brian Rosenwald who complained "Ah yes. The usual double standard: conservative media is allowed to pal around with Republican politicians, but mainstream journalists aren’t allowed to have human interactions with politicians because then clearly they couldn’t possibly be competent at their jobs." 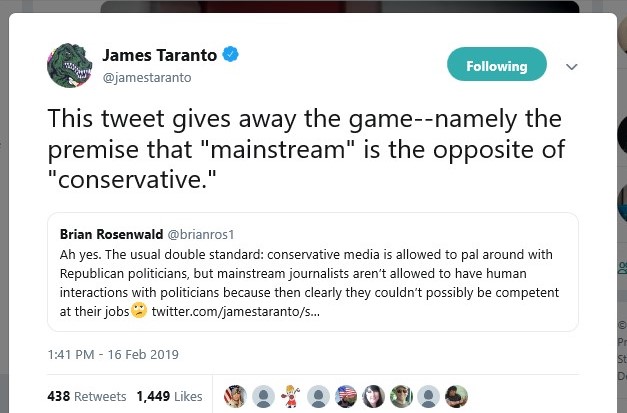 Rosenwald defended his "conservative media" vs. "mainstream media" with this bizarre explanation that there was "a massive conservative media, a relatively smaller liberal advocacy media and mainstream journalists who tend to lean left CULTURALLY but aren’t the cheerleaders the right claims they are."

Brit Hume tweeted: "This is just embarrassing. So now journalists are going shopping with Harris, helping pick out clothes and then putting out glowing tweets about it."

Huey-Burns replied: "Harris was on an a tour of small businesses, including this boutique, in Columbia that we were covering as part of several campaign stops. She also did two gaggles with reporters, where we asked her a variety of policy questions on immigration, the green new deal, and executive power." But that wasn't what they were excited about. 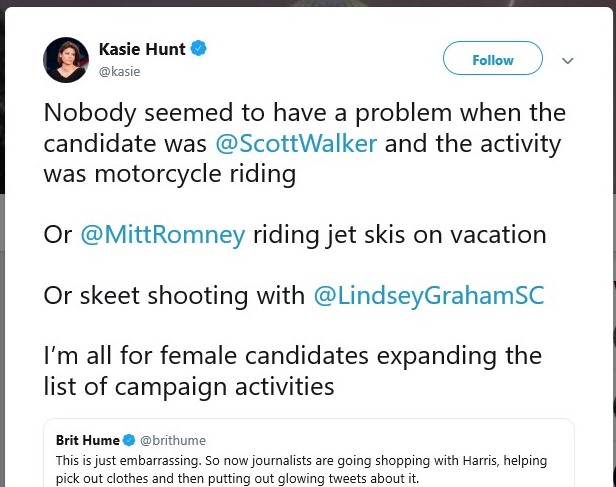 But there's a difference between "I went skeet shooting with Lindsey Graham" and "I'm a TV reporter and I helped Kamala Harris pick out clothes that will make her look good on TV." If a reporter is helping a male candidate pick out "amazing" suits or dress shirts or neckties, that's a better comparison.