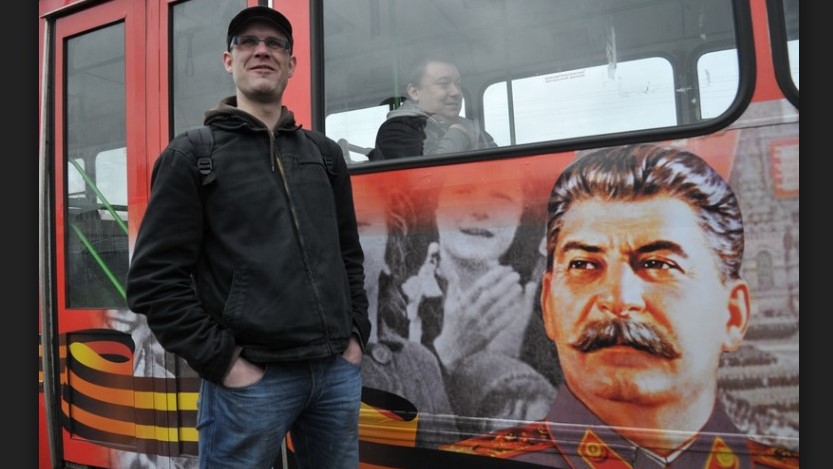 When people who grew up in communist dictatorships have any nostalgia for the "good old days," American media outlets play it up. MSN's news page recirculated a Christian Science Monitor article headlined "Russians embrace Soviet ideals – by not paying their gas bills." Were "Soviet ideals" ever a reality? Was there ever perfect communism?

The star of this story is Sergei Dyomkin, who's urging his supporters to "refuse to pay their electricity, gas, and housing charges until Russia’s social reality is brought back into line with the post-Soviet state’s political rhetoric." The Monitor explained:

As in many Western countries, there is widespread disillusionment with a system that increasingly seems incapable of delivering economic prosperity, or even security, for large parts of the population. And Russia is experiencing a surprise spike in nostalgia for the USSR, in which nearly two-thirds now say they “regret” its passing, perhaps fueled by selected memories of the free education, health care, and full employment guaranteed by the Soviet welfare state.

Enter Sergei Dyomkin and his fast-growing Union SSR movement....They don’t deny that the USSR is gone; they just insist that its legal spirit remains alive.

The Monitor holds out hope that "the tactic of refusing to pay one’s bills until the state delivers on its promises, which may seem quixotic to Westerners, might catch on in Russia."

Finally, in paragraph 20, a whiff of balance appears with expert Mikhail Chernysh:

“The policies of today’s state are turning more and more toward dismantling the old Soviet welfare system without providing adequate replacements. One thing people had in the Soviet Union was medical clinics in every community; today there are places that have no access to health care at all,” he says. “Social inequality is visibly growing. The Russian elite today enjoys all the privileges of wealth, but feels no responsibility for public needs.... The Soviet state proclaimed equality as its main objective, and people remember that. The Soviet legacy is this enduring demand for social justice, for equality, for the principle that wealth should be properly earned and it should serve social ends.

“To be clear, people have a very selective memory of the Soviet Union. They don’t miss the shortages of goods, the repressions, the impossibility to travel abroad or to freely practice one’s religion. Nobody wants any of that back. But much of today’s political conversation is formed by people's yearning for a mythological Soviet Union, the socially oriented state that made a priority of popular needs,” he adds.

That "mythological Soviet Union" isn't just celebrated by older Russians. It's been a staple of Western press coverage since the collapse of global communism at the end of the 1980s and early 1990s.