The Washington Post under the ownership of Jeff Bezos unapologetically preaches for liberal bias, and not just with the "Democracy Dies in Darkness" swagger on Page One. On Thursday, Post media columnist Margaret Sullivan claimed today's media is just too darn.....centrist?

Yes, that's what she claimed. Her column was headlined "Journalism that stays in the middle lane? I'll pass." It could also be headlined "Centrists stink, the media needs to be more liberal." She oddly claimed Starbucks CEO Howard Schultz was offered a "super-cushy red carpet." How does she think she is the "reality-based press" on this? Schultz has been savaged as a threat to Democratic victory.

Starbucks founder Howard Schultz won big when he got a super-cushy red carpet for his possible 2020 presidential run as a “fiscally conservative, socially liberal” candidate who thinks his centrism can knit up the nation’s torn fabric. 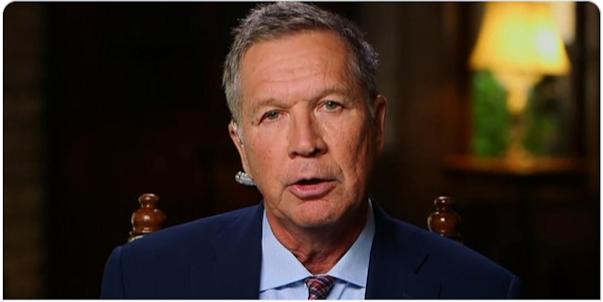 What crucial views do these guys represent, anyway? Kasich was blown out of the water by Donald Trump in 2016, and Flake was a weak-willed resister — all eloquence and no spine.

But on it goes, with the middle of the road exerting its pull as if a powerful magnet were dragging news organizations away from underrepresented edges where they might fall into a ditch — or be more interesting.

You see it, too, in the supposedly daring, supposedly against-the-grain hires made by magazines and by newspaper op-ed pages. In their quest to run the full gamut from center-left to center-right, they are already well-equipped with anti-Trump conservatives.

What next? Will Sullivan campaign inside the Post to dump pseudo-conservative Jennifer Rubin?

The tone of the news is overwhelmingly anti-Trump -- to the tune of 90 percent negative -- and Sullivan laments the media are "bending over backwards" to be fair. What she really means is this: even anti-Trump conservatives are too conservative, too much of a balance, and it ruins liberal dominance. She's not hiding it:

Even the cable news panels that purport to express opposing views are part of the damaging both-sides syndrome. A view from the left, a view from the right, and repeat. But take the average, and you’re right back in the comfortable, unilluminating middle.

The headline on her column inside the Style section was "Middle lane media brakes when it should hit the gas." What Sullivan wants is more "edgy" socialists stretching your mind and illuminating the way forward:

It’s a shame, because a lot of Americans actually seem to appreciate having their minds stretched by unfamiliar ideas, as freshman congresswoman Alexandria Ocasio-Cortez, a democratic socialist from New York, has shown in her discussions of hiking marginal tax rates on the super-rich to benefit ordinary Americans.

This underlines that the Post under the ownership of the Graham family could be classified as calculating insiders negotiating the Democratic mainstream, while the Post under Jeff Bezos is out there championing the "underrepresented edge" of the Left.