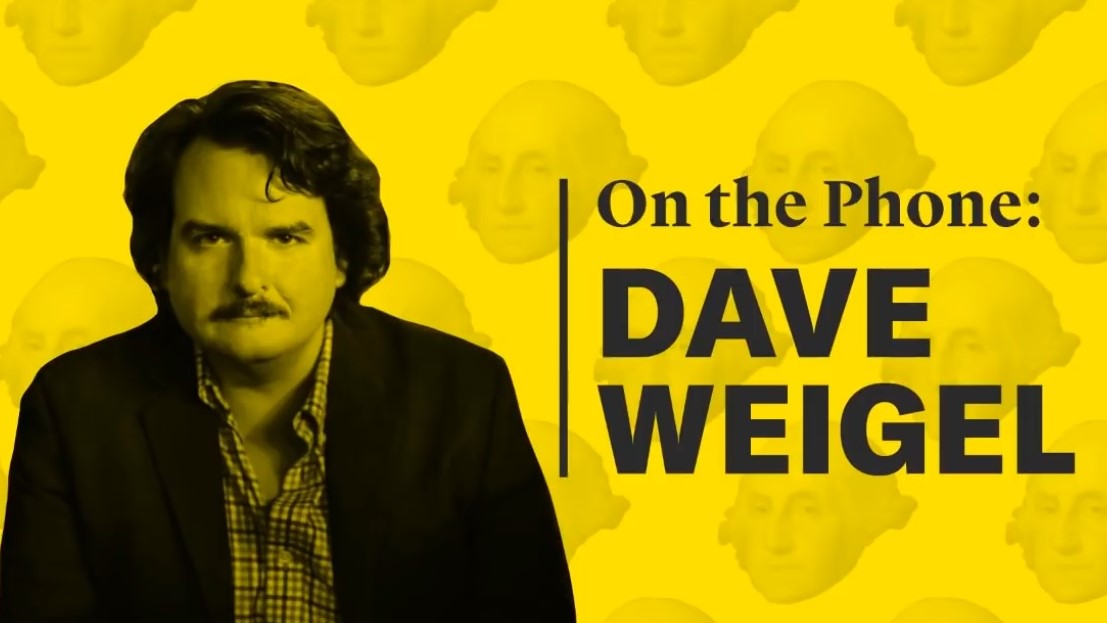 Joe Simonson at the Daily Caller reported that Washington Post political reporter David Weigel’s in some hot water at his paper for going on the far-left podcast “Chapo Trap House” and ripping on the Trump voters as a bunch of “rubes.”

About nine minutes in, Weigel was discussing how Senate Majority Leader Mitch McConnell only cares about confirming “Federalist Society clerks” to the district courts.

“McConnell just didn’t care about the wall, because he knows it’s a scam – he’s very good at identifying what the rubes want to hear,” Weigel said. “Because all he cares about is getting enough judges to strike down campaign finance law, to strike down gun laws, strike down health care, et cetera.”

What made this story deeply amusing is the official response from a Washington Post spokesman to questions about Weigel’s insult.

“We do not think our reporters should be using derogatory terms to characterize anyone,” and that the “matter is being handled internally,” the spokesman said.

Does the spokesman read the Post? As if no "derogatory terms" are permitted? This the paper that can't even stop bashing President Trump when covering a presidential funeral.

Weigel lost his Post job in 2010 when the liberal journalist list-serve "JournoList" was exposed in 2010 by the Daily Caller, and he joked about Rush Limbaugh reporting to the hospital with chest pains. "I hope he fails," cracked Weigel, referring to Limbaugh's 2009 statement about Obama's presidency. Weigel firmly expressed the JournoList consensus when he complained that the "mainstream" media's problem was “this need to give equal/extra time to ‘real American’ views, no matter how f--king moronic."

PS: The "Chapo Trap House" podcast is not a smart forum for an "objective" reporter, but a perfect home for Weigel. In 2016, Robby Soave at Reason noted they love to mock conservative tweets, including his about billionaire Peter Thiel suing (and ruining) the website Gawker. Here's how they responded:

I fucking hope some George Soros bankrupts The Weekly Standard or National Review. I have to balance the overall principle against the world we actually live in. I would much prefer that there weren't billionaires to begin with and no one individual had enough money or power to live out every one of their idiotic fantasies or vendettas against media institutions, but as long as that's the world we live in, I think it would be funny as hell if someone sued The Weekly Standard or Commentary into bankruptcy.

This is not uncommon for Weigel. A few days ago, he was on the Obama-loving Pod Save America podcast [hence our image], where they joked about people criticizing freshman Rep. Rashida Tlaib saying they should impeach the "motherf--ker." Weigel joked [around minute 17] about how "absurd" it was to protest the language, mocking Catholics with sarcasm: "What I try to do is, I go say a couple of Rosaries to purify myself."