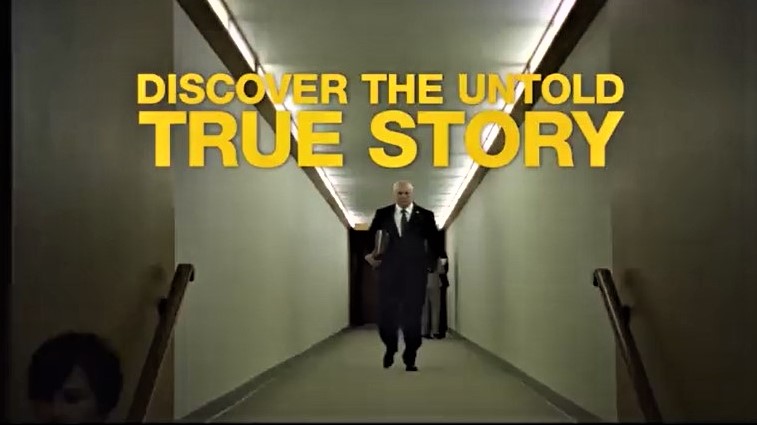 There is a serious clash between the notion that today's Washington press corps has an almost religious devotion to the Facts and Hollywood's way of swirling facts into nasty fiction against conservatives.

This clash was illustrated by the "Newseum" in Washington hosting a screening of Vice, the truth-defying movie that turns Dick Cheney into a cartoonish "sociopathic monster," in the words of screenwriter/director Adam McKay.

The gossips at the Washington Post found this occasion a natural party for Democrats and the national media -- or, as Chris Plante says, "but I repeat myself."

The town’s Fourth Estate clearly needed a night of sort-of distraction (yeah, the movie was about politics, but it was still popcorn-worthy). Our evidence? The mob at the bar. Overheard from a gaggle of White House reporters bellying up for glasses of cab: “I needed this — it’s been that kind of day.”

Strobel and Walcott were heroes in their own Bush/Cheney-opposing movie, Rob Reiner's Shock and Awe, which celebrated their tough reporting on the case for the Iraq war at the Washington bureau of Knight-Ridder. (Reiner played Walcott in the movie.) In limited release, the movie grossed less than $78,000.

The Post gossips spoke to Vice makers Dede Gardner and Jeremy Kleiner, who were "humbled" by the Democrat/press turnout. They "shook off the off the criticism of their on-screen depiction" of Cheney. “It isn’t a consensus film,” Kleiner said. “And it was never meant to be,” Gardner chimed in.

So the Post asked what topic is ripe for the pair’s "expository-yet-entertaining" approach? “Climate change,” they said.