On New Year's Eve, The Washington Post published a 2,800-word piece objecting to conservative advocacy by Ginni Thomas, the wife of Supreme Court Justice Clarence Thomas. The headline splashed on the front of the Style section: "The voice beside the robe: Ginni Thomas is the say-anything conservative counterpart to her Supreme Court spouse."

Post reporter Dan Zak didn't beat around the bush. He presented Mrs. Thomas as a "wacko bird," to borrow from the late John McCain. 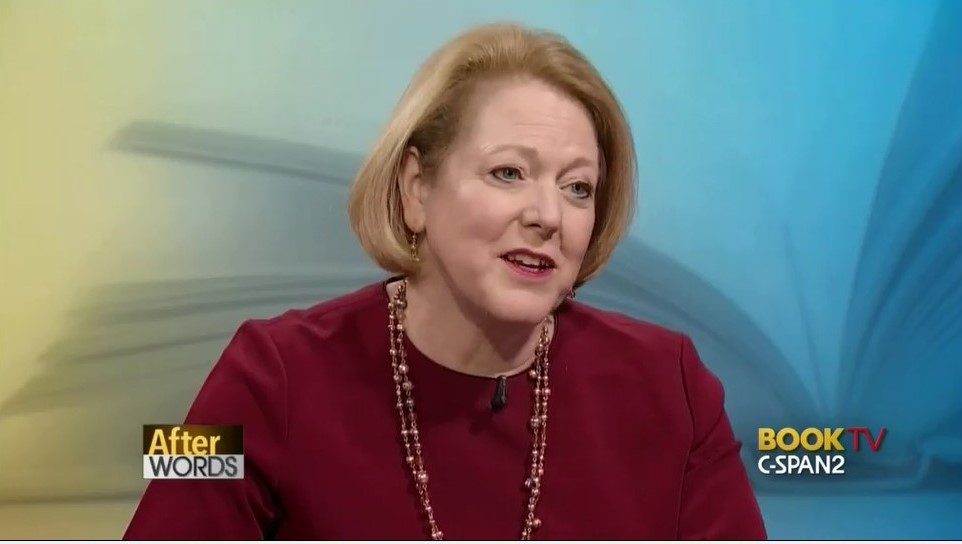 What is going on with Ginni Thomas?

She looks and sounds like the Washington wife of yore, with the pearl earrings, the Reagan-red cocktail attire, the sunglasses tiara’d atop her blond bob...But meanwhile, on Facebook, she’s behaving like your slightly paranoid neighbor who stockpiles bullets and astronaut food.

This month, Ginni Thomas shared a Facebook post that bizarrely described California as a war zone, with illegal immigrants scaling walls and carjacking U.S. citizens. Last month, she shared a post alleging that Democrats committed voter fraud in four midterm races. (Which ones? How? She didn’t say.) Then there was the post in August (since deleted) proclaiming that teenage survivors of the Parkland, Fla., school shooting are “dangerous to the survival of our nation” because of their gun-control activism. And the post in February that harangued Barack Obama and Hillary Clinton for supposedly wiretapping Donald Trump — a baseless accusation indulged in only by conspiracy theorists.

Does it matter that the spouse of a Supreme Court justice is sharing such nakedly partisan, erroneous propaganda? Or have we hit the point at which this kind of rhetoric has been so normalized that, well, why wouldn’t a prominent party activist be doing this?

Without going deep into these accusations, we can inform Zak: illegal immigrants do scale walls, and some do carjack citizens. Conservatives do believe liberal teenage Parkland survivors are trying to curtail the Second Amendment (and engage in a lot of "erroneous propaganda.") And we now know Paul Manafort was wiretapped, which means the feds probably wiretapped his conversations with Trump.

But it's just odd for Dan Zak to mock this kind of partisan social-media messaging, when his own oeuvre is nakedly partisan. On December 28, he wrote a snotty article that mocked Vice President Pence, and Mrs. Pence: "The 'grown-ups' left the White House this year, and we are left with eternal underclassman Stephen Miller and the vice president, who, in times of trouble, shuts his eyes and thinks of — Mother? Mother’s pet rabbit Marlon?"

Zak's piece concluded with a lump in the throat for Nancy Pelosi:

The Democrats are indeed coming back. Nancy Pelosi is expected to retake the speaker’s gavel and resume her place in the presidential line of succession. Despite a limp mutiny within her caucus, she seems made for this moment. In a televised Oval Office spat, Pelosi said something that sounded like a preview of 2019, or the start of another hero’s journey. Her tone was soft and troubled, like a grandmother losing her patience, but her words seemed lifted from Homer.

“You will not win,” she told her cyclops.

The Zak story opposing Mrs. Thomas appeared online on December 27 (and inspired CNN's story on her "far-right" activism). This is the shut-up-Ginni argument:

There is no official policy or protocol preventing Ginni Thomas from going full MAGA. It's her First Amendment right to fulminate that America is becoming a godless, socialist nightmare and to practice the dark art of political messaging on social media.

But it doesn’t reflect well on the institution of the court, says Deborah L. Rhode, a law professor and scholar of legal ethics at Stanford University.

“Think about what this would look like if she was doing this on behalf of Democratic candidates or Hillary Clinton,” Rhode says. “I think this is a moment — especially in the wake of the [Brett M.] Kavanaugh hearings, which heightened people’s concerns about partisan bias — where members of the Supreme Court and their families need to think about ways that their public conduct can affect popular trust.”

Why yes, let's imagine if Thomas was doing this for Hillary Clinton. Dan Zak wouldn't find any troubling partisanship or propaganda, no "dark arts" on Facebook. She'd be a hero "made for this moment," like Pelosi.

Naturally, Zak didn't explain that Deborah Rhode is a partisan -- clerked for Thurgood Marshall, advised the House Democrats during the Clinton impeachment, and serves on the board of the feminist group Legal Momentum (formerly the NOW Legal Defense and Education Fund).

Disclosure: MRC founder and president Brent Bozell has received one of the "Impact Awards" from Mrs. Thomas mentioned in the Zak article.