Washington Post nonfiction book critic Carlos Lozada underlined how well he matches his paper's red-hot hatred of the current president in his list of the "most memorable books I read in 2018." Cable-news personalities made the list, both good (CNN's Amanda Carpenter) and bad (Fox host Jeanine Pirro). 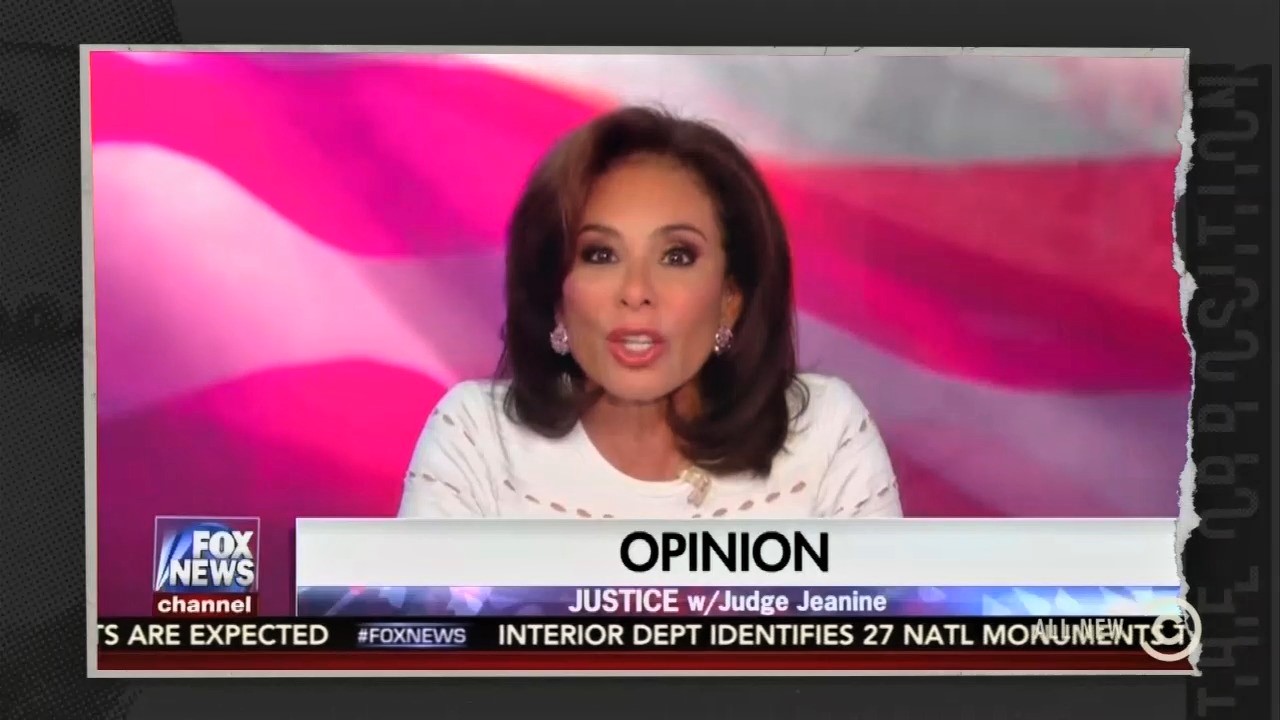 Pirro's Liars,  Leakers, and Liberals was "The most sycophantic pro-Trump book I read in 2018":

The competition here was fierce. Books such as Newt Gingrich’s Trump’s America and Sean Spicer’s The Briefing had strong showings. But Jeanine Pirro’s book wins out because the sycophancy is all there is. Unlike the other volumes, which purportedly double as memoirs or policy books, sucking up to Trump — and his “Kryptonite-proof aura of invincibility” — seems to be the Fox News host’s sole purpose. Her analysis boils down to meaningless one-liners such as “give me a break,” “drives me nuts” and “not on my watch.”

Carpenter's Gaslighting America was "The best death-of-truth book I read in 2018":

Death-of-truth books were nearly as plentiful as death-of-democracy titles, and Amanda Carpenter’s stands out for her personal insights (she worked for Sen. Ted Cruz’s 2016 campaign and sparred with Trump supporters on cable TV) and her breakdown of the steps Trump & Co. take to manipulate the truth: Stake a claim on a fringe issue; circulate it without necessarily owning it; create suspense by promising further evidence; discredit opponents by attacking motives or character; then simply declare victory. Carpenter, a CNN commentator, urges readers not to let Trump dominate their lives. “Let go of the outrage already . . . be vigilant but don’t flip out.”

That's funny -- as if CNN and Carpenter never "flip out" and never "let Trump dominate their lives"? That's not the show they're putting on CNN.

Lozada reaaalllly showed his left-wing tilt by hailing sulfurous Amy Siskind's The List: A Week-by-Week Reckoning of Trump's First Year as "The most helpful book I read in 2018." Siskind routinely flips out and lets Trump dominate her life:

The Trump administration’s whiplash of tweets, firings, shake-ups and investigations can be a lot to take. Amy Siskind makes sure you don’t forget any of it, cataloguing every norm-busting, institution-degrading, conflict-of-interest-disregarding moment of Trump’s Year One. This 500-page book of bullet points manages to sustain interest nearly all the way though, save perhaps when the author’s personal politics loom too large. Here’s hoping for Volumes II, III and IV.

Sadly, Lozada's book tastes are just as plebeian as profane guttersnipe comediennes, although she gets quoted on the Amazon page and he doesn't:

"Someday The List will be used as a high school history text book and those students are going to think 'what the F@#$.' Honestly, I think that too." -- Samantha Bee

PS: Lozada predictably hailed How Democracies Die as "The best death-of democracy book I read in 2018" and joked "A disquieting book, though I have one quibble: We already know how democracies die: In darkness. (Duh.)"