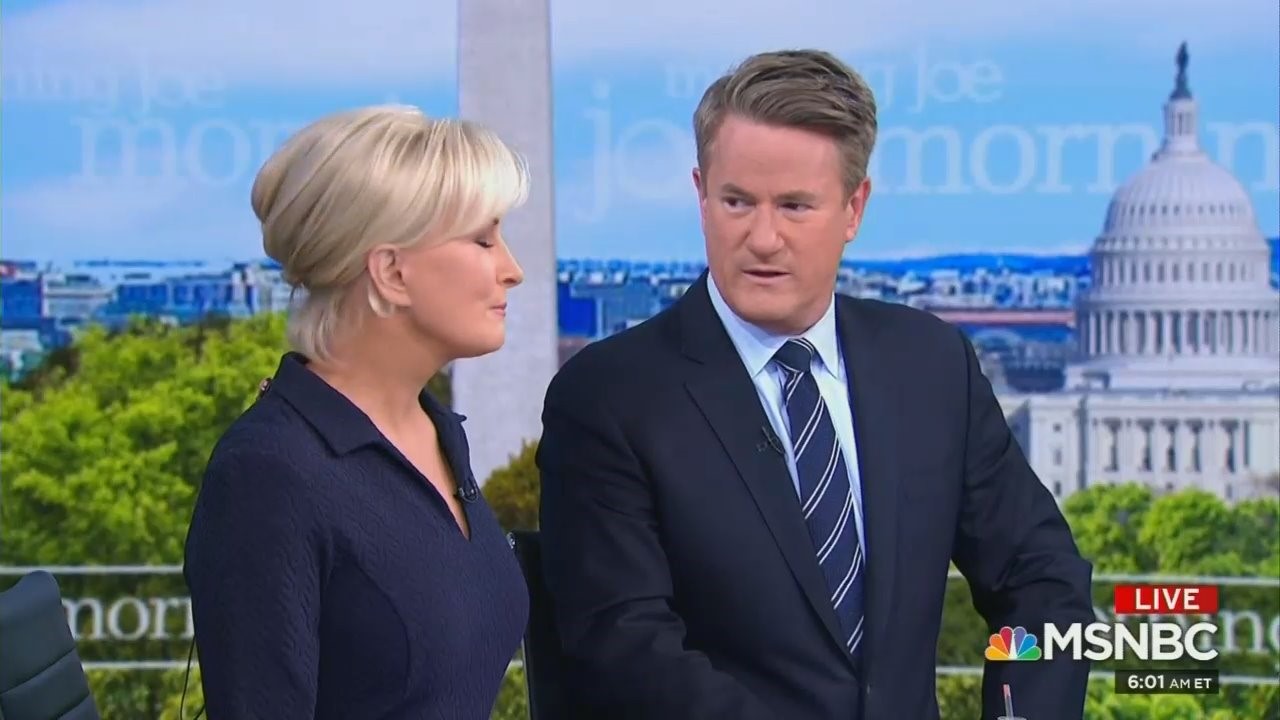 On Sundays, the Washington Post Outlook section publishes a feature called "Five Myths" about a subject, where experts try to puncture false impressions. On November 11, the subject was "Cable News," and the author was University of Virginia professor Nicole Hemmer. Hemmer did a credible job explaining false impressions about Fox News and conservatives, but Myth No. 4 was an unintentional laugh riot: "MSNBC is the liberal response to Fox."

She claimed MSNBC "still tries to model balance," as in "Republicans" like Joe Scarborough, and Nicolle Wallace. Hemmer began:

MSNBC, with its blue palette and its starring role for Rachel Maddow, seems awfully like the political opposite of Rupert Murdoch’s empire. Back in 2013, Dylan Byers wrote in Politico that “one of the great media stories of the 21st century is the rise of MSNBC as a counterbalance to Fox News and a powerful platform for the progressive agenda.” The New York Times’ Alessandra Stanley dubbed the network “Fox’s liberal evil twin,” while conservative columnist Jennifer Rubin argued in The Washington Post that it was even worse: Fox News delivered real news, she argued in 2013, while MSNBC just dished out liberal pabulum.

But these parallels are wrong, both historically and in the present. While Murdoch and Roger Ailes founded Fox News with the intention of establishing a conservative network, MSNBC was launched as simply a chattier, more Gen-X version of NBC News.

That's sort of true, but early MSNBC was still like NBC, a liberal network that Fox News was trying to counter-balance. There was plenty of Bill Moyers, and Bryant Gumbel, and Tom Brokaw interviewing former Russian autocrat/"reformer" Mikhail Gorbachev, and concluding "Perhaps one day again we'll see you in political office in Russia. We know that you've devoted your life to peace and to changing your country and those of us who have gotten to know you count ourselves among the privileged."

It's the "in the present" where it's hilarious:

Even after the network “leaned in” and attempted to develop into a Fox News for progressives starting in 2006, it has never played the same role as Fox. That’s partly because the left doesn’t have the same suspicion of “mainstream media” and partly because MSNBC still tries to model balance. Its morning show is anchored by a conservative, former Republican congressman Joe Scarborough. (The reverse would be unthinkable for Fox.) And it has become whiter and more conservative in the Trump era. Melissa Harris-Perry and Al Sharpton are both out at the network, while Nicolle Wallace, White House director of communications under George W. Bush, now anchors the 4 p.m. hour.

How many ways is this wrong?

-- Melissa Harris-Perry was replaced by Joy Reid, who is neither whiter nor conservative in any way.

-- Al Sharpton is not "out" at the network (strangely, that error is online, but the paper correctly said "demoted to a weekend slot.") Was this a "balance" issue, or just a reflection that Sharpton's babble can't even hold a liberal audience?

--  Anyone who watches cable news can see that Fox News is a counter-balance to MSNBC (and CNN) airing hour after hour of anti-Trump ranting. It doesn't matter if the host suggesting Donald Trump is an ignorant menace used to be a Republican.