Is It Accurate to Call Michael Bloomberg a Centrist? The Washington Post Can Pretend 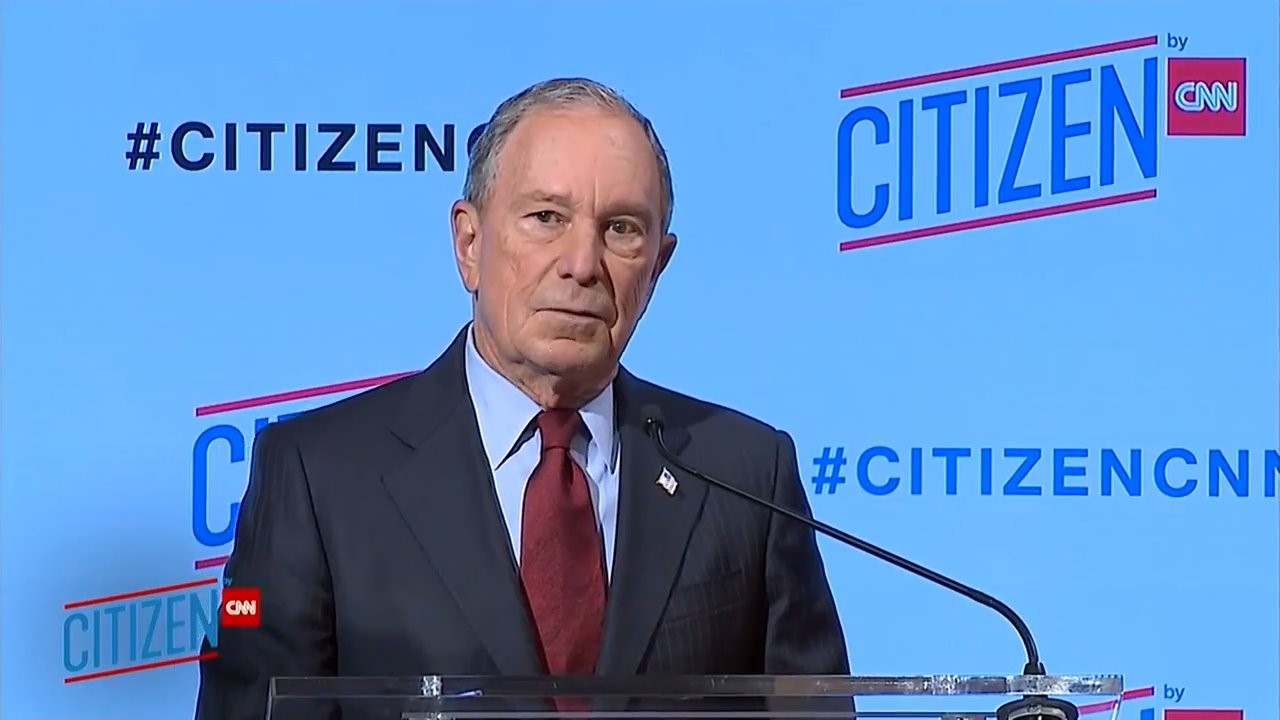 At this point, is Michael Bloomberg really anywhere near the center? The Washington Post pretended it was so on Sunday in a Michael Scherer article titled "A political aberration courts the Democratic nomination." To be a stitch to the right of today's Democratic Party is not the "center," just like being a stitch to the right of the ultraliberals in Manhattan is not the "center."

Surely, Bloomberg being a Republican In Name Only and speaking to a Republican convention aren't selling points. This is how Scherer explained it:

Indeed, the list of obstacles to Bloomberg’s presidential ambitions includes bullet points that could potentially turn off just about every piece of the traditional Democratic coalition.

He defends stop-and-frisk policing that civil rights groups denounce as racist, has a history of sexual harassment cases at his company that could prove a liability in the #MeToo era and has long been a critic of public labor unions when they refuse to renegotiate their pension plans or weaken the workplace protections for teachers in public schools. After making his money selling technology to Wall Street banks, he has also been critical of the Dodd-Frank regulation enacted by Democrats under President Barack Obama.

But Scherer thinks Bloomberg has a shot at "disaffected moderates," partisanship-bashing, "No Labels" kind of vote....even as he funds Democrats everywhere:

It is places such as Montgomery County [Pennsylvania] — wealthy, highly educated and historically moderate — that would decide his success. The premise of his political career is that there is a silent majority, not of partisans fuming at the edges but disaffected moderates who would jump at a chance to upset the political system and install a competent technocrat.

“I have never been a partisan guy. I am a centralist,” he said when he took the stage at the county dinner. (An adviser later clarified that he meant to say “centrist,” a word that does not imply centralized government control.) Bloomberg compared Republicans in Congress unfavorably to the cowardly lion in The Wizard of Oz, and explained why he has invested $100 million to help elect Democrats to the House and Senate.

The "L word" -- liberal -- doesn't surface until paragraph 19, where you find out how Bloomberg is synonymous with "blue state."

While his more conservative positions continue to draw Democratic criticism, Bloomberg prefers to talk these days about the liberal causes he has championed for decades. He sends tens of millions of dollars to Planned Parenthood to protect abortion access, has spent more than $100 million on the Sierra Club’s effort to close down coal-fired power plants, and has built his own network of gun regulation groups to take on the National Rifle Association.

Nowhere in this Post article is any mention that Bloomberg owns a news organization -- Bloomberg Television, Bloomberg Radio, Bloomberg BusinessWeek magazine....and since 2009, a news service with The Washington Post. Can no one inside the liberal media figure out how a liberal media magnate running for president might deepen the media's liberal appearance?