The very political act of “fact checking” emerged again in a Washington Post Fact Checker article on Rep. Duncan Hunter (R.-Calif.), indicted for abusing his campaign kitty for personal expenses. The Post’s watchdog was Salvador Rizzo, and he ruled Hunter was “mostly false” (“3 Pinocchios”) for arguing his prosecution is partisan: 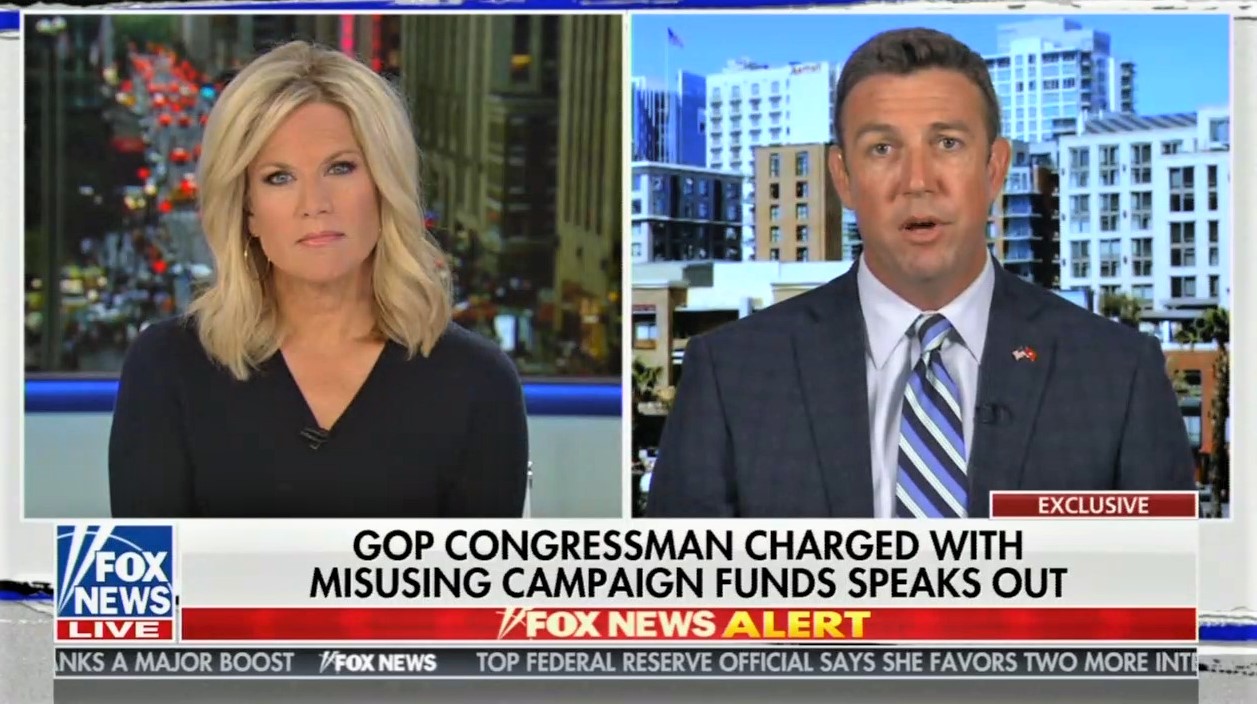 “This is pure politics, and the prosecutors can make an indictment read like a scandalous novel if they want to. … My prosecutor and the acting U.S. attorney that issued the court orders to search my house and my office, they just attended a Hillary Clinton fundraiser with another U.S. attorney out of here in San Diego. So, you have three — you have three U.S. attorneys.” – Hunter on Fox's The Story with Martha McCallum, August 23.

Under a snazzy headline -- "GOP congressman claims Democratic prosecutors are out to get him" -- Rizzo reported:

Hunter requested that the U.S. Attorney’s Office for the Southern District of California recuse itself from his case because [Emily] Allen and [Alana] Robinson attended a fundraiser for Clinton on Aug. 7, 2015, at the home of Qualcomm co-founder Irwin Jacobs in San Diego. Tickets ran from $1,000 to $2,700, but neither Allen nor Robinson paid to attend the event. Both had their pictures taken with Clinton.

But somehow, this isn’t relevant to Hunter’s fact management. It’s obvious that Hunter was factually correct that these attorneys attended a Hillary fundraiser (and even got their souvenir pictures with Hillary). The squabble here is over whether this fact demonstrates they can’t be impartial in prosecuting Republicans. The obvious point here (which the Post ignores) is that this is terrible political optics! Unless, of course, these attorneys assumed Hillary was going to be president and they wanted to be remembered by Hillary to boost their careers. Rizzo added both prosecutors are registered Democrats.

Rizzo strangely argued that the attorneys attended the fundraiser without donating because they were “requested” by the Secret Service to protect Hillary’s safety...as prosecutors.

How did Allen and Robinson wind up at the Clinton fundraiser without paying for tickets? At the request of the Secret Service, apparently. The agency says it asked the local U.S. attorney’s office to send some lawyers in case they might be needed at this Clinton fundraiser....

“The Secret Service regularly requests representation from United States Attorney’s Offices around the country during protective mission visits. The in-person representation provides for, and facilitates, real-time direct communications in the event of a protective security related incident where immediate prosecutorial guidance could be necessary....

“The Secret Service has supported a long standing practice of facilitating photograph opportunities for our emergency service and law enforcement partners which would include the U.S. attorney’s office."

Hunter's lawyer asked if the Secret Service also requested these lawyers for "security-related incident" guidance at subsequent San Diego-area fundraisers for Donald Trump and Mike Pence. There was no comment.

So Rizzo ruled that the fundraiser was irrelevant and "unconvincing" (even though that’s part of the Facts in question!)

Let’s leave this Clinton fundraiser aside for a moment and get down to brass tacks. A grand jury and a U.S. attorney appointed by the Trump administration approved the indictment charging the Hunters with a long and detailed list of crimes.

Before the indictment was filed, the Justice Department also denied Hunter’s request for the local U.S. attorney’s office to sit out the case. In other words, the Trump administration found no conflict of interest or appearance of bias in the way prosecutors handled the Hunter investigation.

The congressman’s claim — that the investigation was tainted because Allen and Robinson attended a Clinton fundraiser in 2015 — is unconvincing. It would be one thing had Allen and Robinson shown up on their own initiative, but the Secret Service says it asked for federal prosecutors to be present at this fundraiser. Unusual as that arrangement may sound, Hunter is blowing it up to huge proportions and arguing that no federal prosecutor in the San Diego area can touch him as a result.

We don’t penalize politicians for defending themselves from criminal charges, but Hunter’s comments seriously distort the facts to suggest his prosecution was politically motivated.

Hunter may be guilty of the charges. But the Post is essentially using their Pinocchio Squad to argue that an indicted Member of Congress shouldn't try to go to court and argue there's evidence of partisan motives in being prosecuted.