In the latest of a series of anti-Trump rants promoted by CNN, anchor Brooke Baldwin touted a "fiery opinion piece" accusing Trump of leading America to tyranny by Jeffrey Sachs on CNN.com. Sachs is a renowned international economist, and a Democrat (He donated $2,000 in 2003 to Howard Dean for President.)

BROOKE BALDWIN: As the firestorms swirl around this President's foreign policy moves from Russia to Iran to trade wars, my next guest has a fiery opinion piece on all of this for CNN.com today. It's called "Trump Is Taking U.S. Down the Path to Tyranny." He writes, quote, "Donald Trump holds the grandiose belief that only he should rule America. Unchecked by cowed or complicit Republicans in Congress, Trump invokes executive authority to alter policies and practices long established by law and treaty."

Jeffrey Sachs, he is with me. The director for the Center for Sustainable Development at Columbia University. So, Jeffrey Sachs, a pleasure, sir. You know, you start out your piece by a rattling off what you refer to as one-man actions. For our viewers, can you list off for me some of the more egregious examples of your argument? 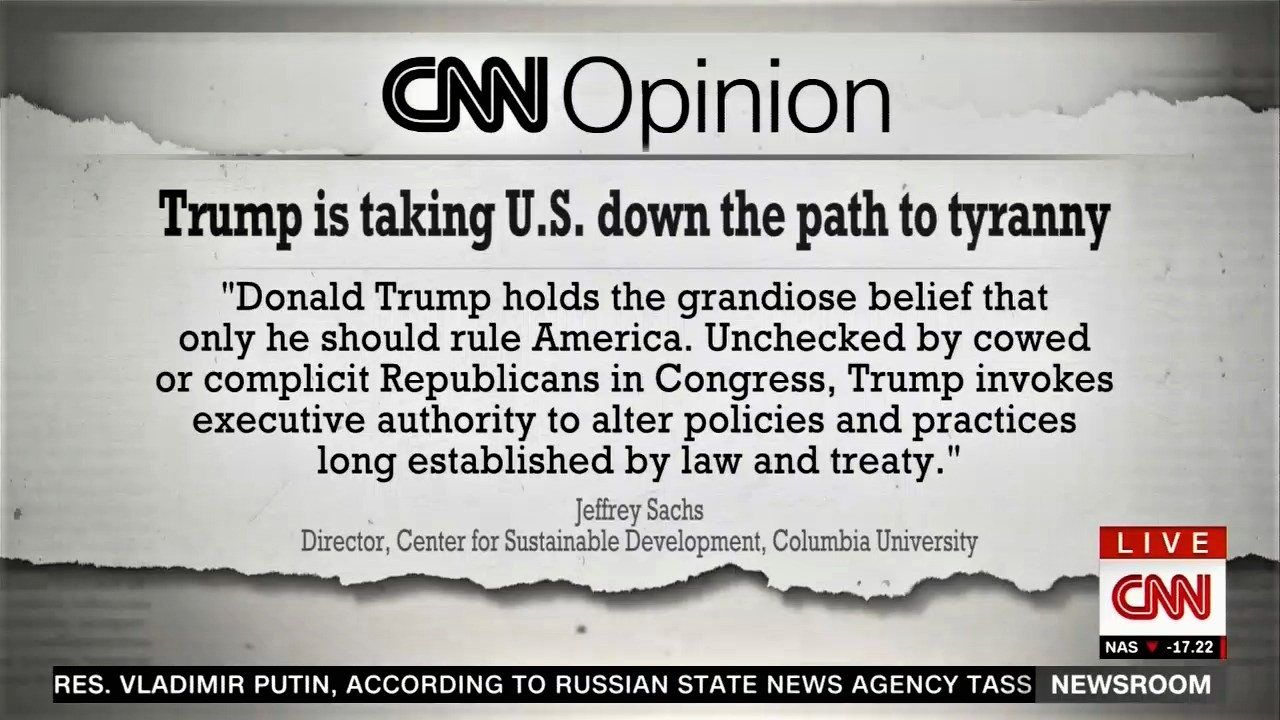 JEFFREY SACHS: Well, we have a one-man show now, and whether one supports him or opposes Trump, Trump is deciding everything right now. He's deciding trade wars. He's deciding the allocation of hundreds of billions of dollars of trade flows of tariffs. Taxes, which are supposed to be the prerogative of Congress. Of the placement of troops, of whether we're in treaties or not in treaties.

And it seems that not just Trump, but everybody has forgotten we have a Constitution with a supposedly co-equal branch of government, the Congress, that is not consulted about anything! That doesn't say anything! We know the Republican leadership is completely supine, not even remarking at what Trump does, and even within the executive branch, obviously Trump's colleagues, his most immediate colleagues, the national intelligence adviser, does not know what's going on.

CNN doesn't highlight opinion pieces defending Trump or Republicans. Baldwin acts in no way as a fact checker for Sachs. Everyone forgot we have a Constitution? The White House never consults Congress on anything? The Republican leadership never "remarks" at Trump's actions? (Baldwin later noted dissenters like Jeff Flake and Bob Corker.) Sachs was wildly whiffing in the air with a whiffle bat, and Baldwin stuck to bashing Trump the "autocrat" full of stunts: 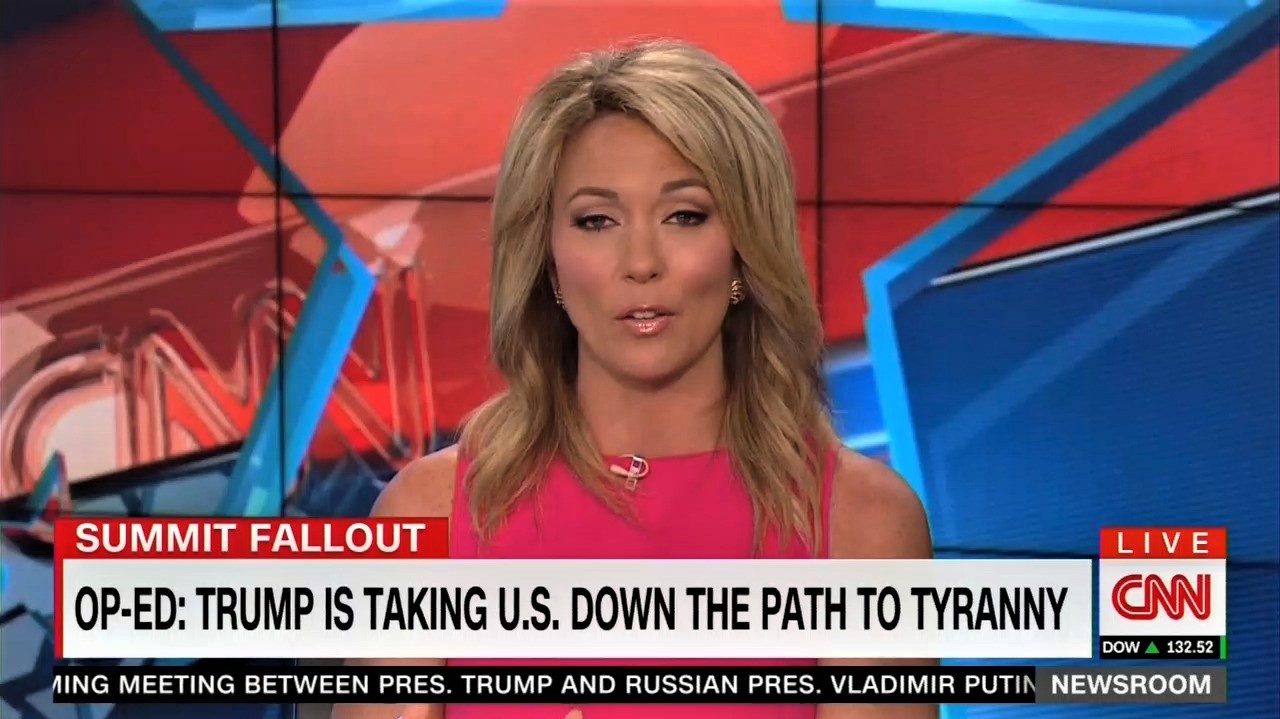 BALDWIN: Let me jump in on the intelligence. This whole security clearance stunt, I think illustrates your argument. His obvious war with the intelligence community, but also his disdain for anyone who dares to criticize him. So, if you say he's an autocrat, and he's leading this shift. It's this one-man show, my question is do you think he is succeeding?

SACHS: Well, he's a wrecking ball. I very much worry that he will wreck our country and possibly wreck the world. He could lead us into war. He could lead us into economic disaster. He is breaking every alliance that we have. He is insulting every ally, praising every adversary, having meetings that we have no idea what was promised and no intention to brief anybody, and we have a Congress that absolutely doesn't care, and a Supreme Court which hears the phrase national security and says "Yes, sir, you do what you want" without questioning anything.

Baldwin openly endorsed Sachs at the segment's end: "Continue to raise your voice. Others are as well. Jeffrey Sachs, thank you so much....I urge everyone to read his opinion piece at CNN.com/opinion."