On July 4, NPR Replays How 'God Bless America' Is a 'Syrupy' 'Whitewash'

NPR has a habit -- call it "counterintuitive" -- of trashing popular beliefs on major holidays (or holy days). On Good Friday in 2008, for example, NPR's Fresh Air chose to replay a four-year-old interview with retired academic John Dominic Crossan, who suggested the Christian belief in the resurrection of Jesus is bunk and it was "pathological" to focus on the suffering of Christ on the cross.

On July 4, 2018, All Things Considered replayed a five-year-old interview suggesting the beloved patriotic song "God Bless America" annoys "many" with its "syrupy nationalism and trivialized faith," and Woody Guthrie suggested it was a "whitewash of everything that was wrong with America."   The online headline was "For 'God Bless America,' A Long Gestation And Venomous Backlash." You can't call the show All Things Considerate.

Does NPR rip into Martin Luther King Jr. on MLK Day? Well, no, liberals know when to be polite and reverential. 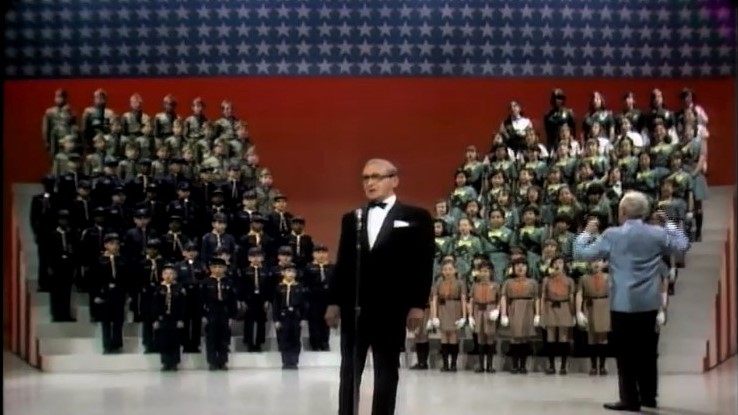 NPR anchor Ailsa Chang introduced the replay: "On this patriotic day of stars and stripes and fireworks, we launch a new series called American Anthem. Over the next year, we're going to take a close look at songs that have roused hearts and minds around a common theme, whether it's civil rights, a favorite sports team or love of country." She noted that later this year, "God Bless America" turns 100, and now-retired anchor Robert Siegel whacked at it in 2013:

ROBERT SIEGEL: Irving Berlin's "God Bless America" has not only endured. It has become a statement of patriotism, of homefront support for troops at war. In the Vietnam era, it was an anthem of counterprotest. And while it has brought a lump to the throat of many an American, it has also annoyed many who hear it as a tune of syrupy nationalism and trivialized faith. One mark of its unusual status - Berlin took no royalties from it. He created a fund that collected them and distributed them to the Boy Scouts and the Girl Scouts.

ROBERT SIEGEL: I knew it had drawn criticism from the likes of Woody Guthrie, who thought it was a whitewash of everything wrong in America. I didn't realize that from the right, there had been anti-Semitic complaints about "God Bless America." But you describe that there were.

SHERYL KASKOWITZ: Yes, there was a backlash against it because Irving Berlin was a Jewish immigrant. And it was boycotted by the Ku Klux Klan and by some domestic Nazi groups.

SIEGEL: You traced the history of how people have sung "God Bless America" ever since 1940. I didn't know it had been used as the civil rights movement anthem at one point. During the Vietnam War, it became associated more with defenders of the policy who would break into songs of "God Bless America" in the face of anti-war protestors.

KASKOWITZ: If you think about the lyrics to "God Bless America," they're very vague. And Irving Berlin is the master of that. I found uses of it in labor rallies, union protests. Early on in the civil rights movement, it was often sung. And what I found was that it was really the Vietnam War that solidified its more conservative uses, as upholding the status quo. Counterprotesters at peace rallies would sing it to represent the administration and support for what they were doing.

These are the same people who replay Crumpet the Department Store Elf's homicidal thoughts at Christmas.