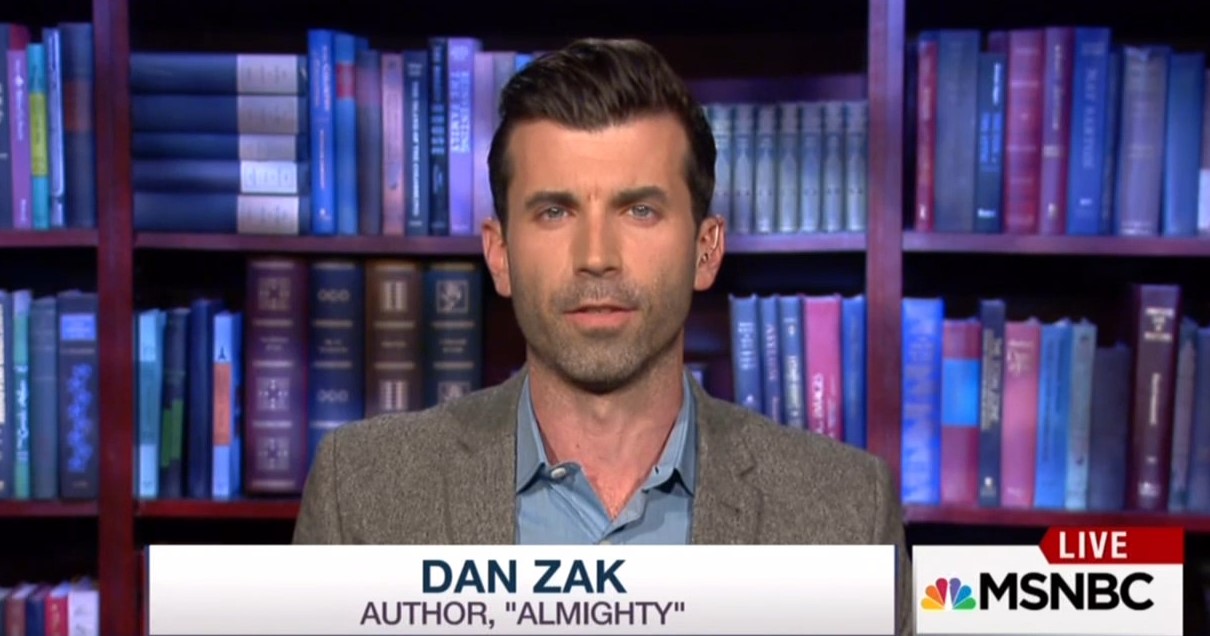 Washington Post feature writer Dan Zak revels in left-wing activism, like his massive opus in the paper (and then a book) on four blood-tossing anti-nuclear protesters. As the temperatures peak, it’s time for Zak to freak. The headline online was

‘This is not a normal time’: A mad hot summer in the capital of the resistance

Here we all are. The start of a mad hot American summer in the nation’s capital. A president violating norm after norm. Immigrant children wailing for their mothers. A Supreme Court seat, open like a wound. A midterm election hurtling toward us like an avenging angel, or a killer asteroid. The resistance girding for war, or curdling into hysteria, depending on your view.

Conservative judges are an open wound. A Republican Congress is a “killer asteroid.” The Post claims it’s a newspaper that harps on “facts.” That must not extend to the feature writers. That's why Instapundit tweeted: 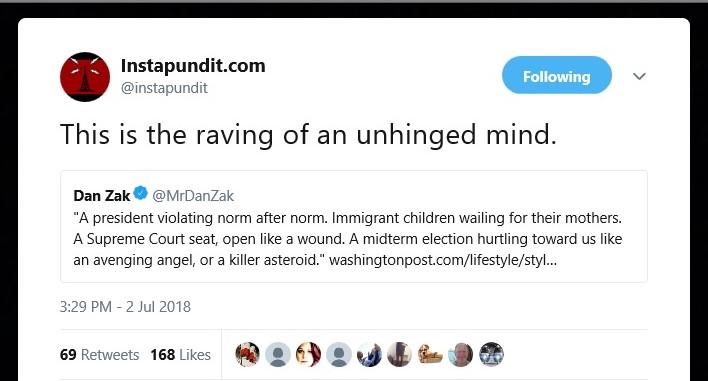 Zak endorsed and celebrated “invading spaces” of the Trump appointees.

Over the past month — particularly since ProPublica [that "nonpartisan" news service] released the audio of children at the border — America has confronted itself in off-hours spaces, in places reserved for politeness and deference.

Inside restaurants at dinnertime.

Outside private homes on quiet streets.

In office hallways as people are trying to work.

Warning signs have become alarm bells, and some people are trying to be academic about it, by debating social graces in careful tones.

Zak briefly quoted the son of Watergate figure Jeb Magruder explaining to NPR how these tactics can backfire and harden positions, but then it was back to the poetry about our abnormal times: 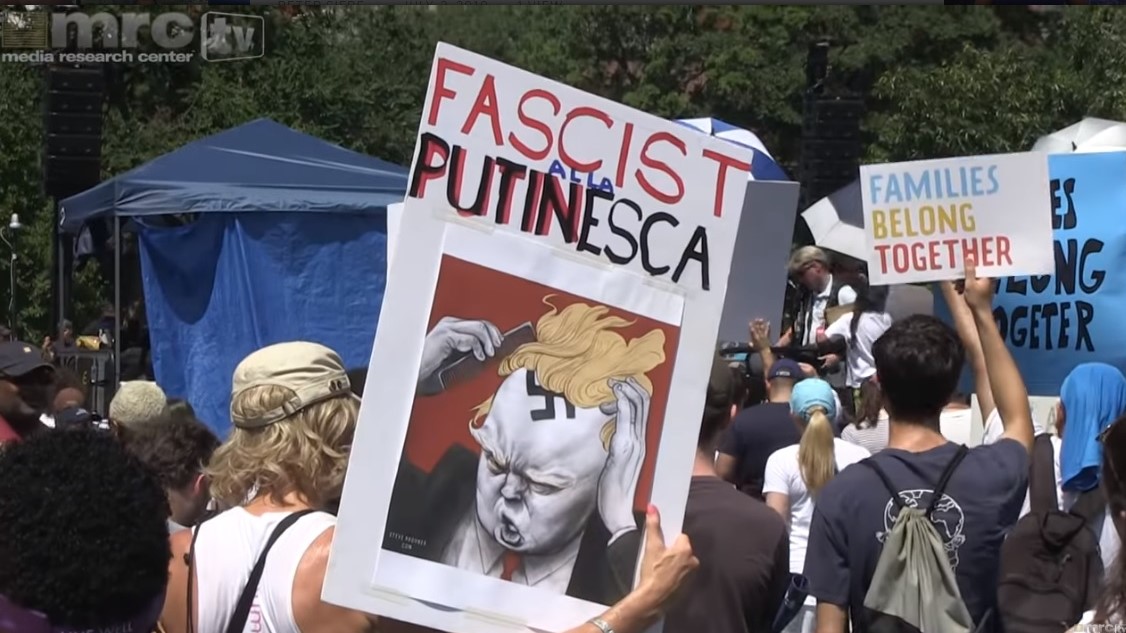 Is there ever a normal time? Maybe not. But this one certainly feels abnormal, like a rising fever, or the seconds before a grand-mal seizure. And so the treatment is more extreme. Higher dosages. Adrenaline shots. Defibrillations....

The D.C. chapter of the Democratic Socialists of America has been demonstrating outside the private homes of what it calls “deportation profiteers”; on Sunday, dozens chanted “No ICE, No KKK, No fascist USA!” outside the Virginia residence of just-retired ICE director Thomas Homan....

Activists in Washington are cultivating a network of sources and first responders to spot Trump officials and scramble nonviolent ambushes.

“We had been thinking of potential places to escalate.”

They went to DHS Secretary Kristjen Nielsen's house to protest and scream and yell and wake the neighbors with their "CHILD SNATCHER" signs.

Zak really roots for these "nonviolent ambushes." What if a gaggle of angry conservatives stood outside the Post waiting for Mr. Two-Day Beard to exit?