Washington Post feature writer Eli Saslow, best known to NewsBusters readers as the guy who gushed over Obama's physique as he prepared to be president -- "The sun glinted off his chiseled pectorals" -- wrote a heart-tugging profile for the front page of Sunday's paper of a 12-year-old Ohio boy whose illegal-immigrant mother was detained after 19 years in the country. Alex Galvez, born in Ohio, was being cared for by Estefany, his 18-year-old American-born sister.

"Little Mexico," a trailer park in Norwalk in northern Ohio, was feeling the heat of immigration enforcement, and the Post implied some people were dead because of it, or at least that's the unconfirmed gossip they were spreading: 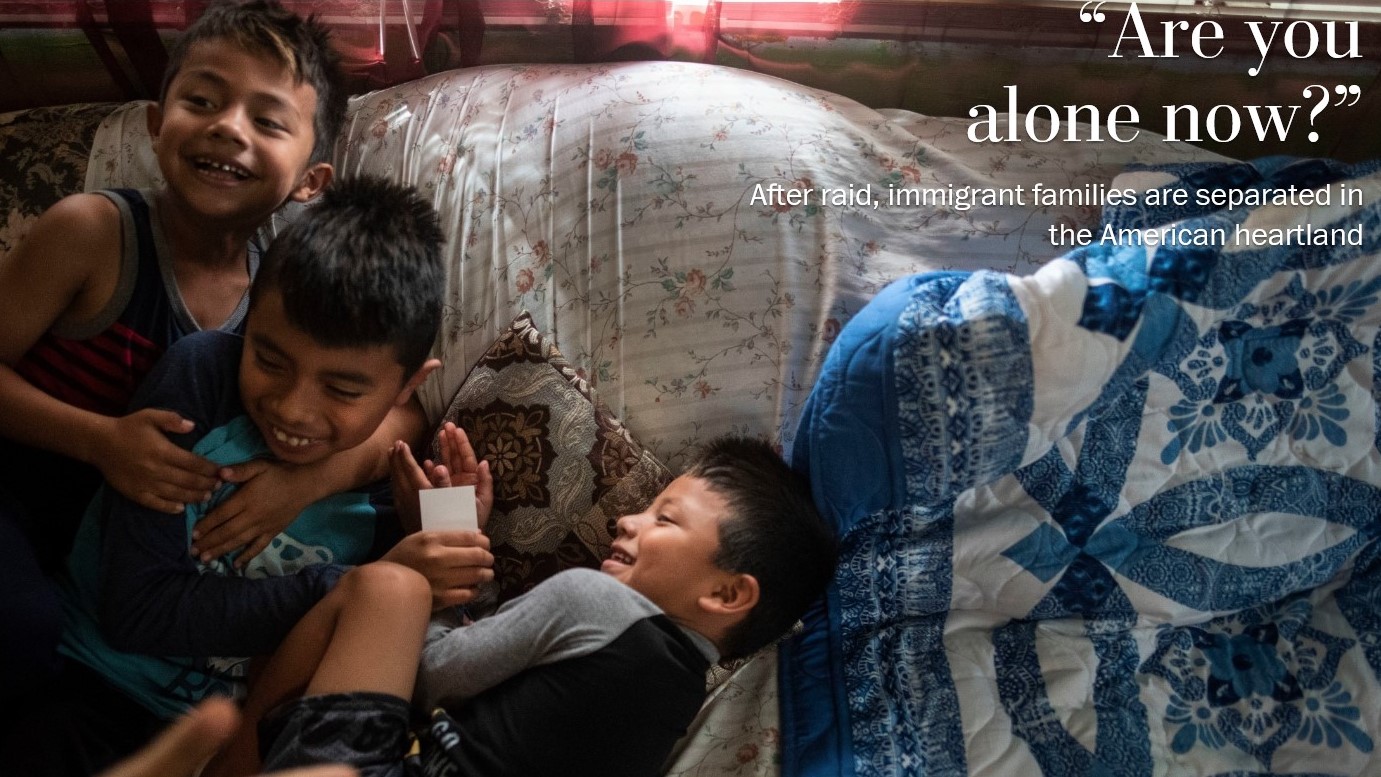 “A ghost town,” Alex called it, as he made his way toward the one-room post office at the center of the park, but what bothered him more than the rows of darkened trailers was imagining what might be happening inside. He had heard about the 27-year-old who mysteriously stopped eating or speaking in the days after his sister was detained in the raid, eventually dying in the hospital a week later. He knew about the 23-year-old who had become suicidal after his girlfriend’s family decided to flee for Mexico, hanging a noose outside of his trailer until a relative took him to a hospital.

On the exterior walls of the post office, Alex saw a few new brochures for suicide hotlines and free mental-health counseling.

One of the things that had confused him during the past few weeks was the shock he sometimes saw reflected back at him in strangers’ faces — the volunteers who toured the trailer park in utter disbelief, or the TV anchors who broke down in the middle of their live broadcasts from the U.S. border. They said separating a parent from a child was cruel and un-American. They said the United States was in the midst of a singular humanitarian crisis. They said these were the actions of a country they no longer recognized. But, to Alex, the act of family separation seemed quintessentially American. It was the cornerstone of his American experience.

His father had been deported when Alex was 3, yanked from work during a raid at Casa Fiesta, a local Mexican restaurant, and then flown back to Chiapas. An uncle had been deported two years later, and then an aunt had left for Mexico a few months after that, forcing their two children to stay for a little while in Alex’s trailer.

At age 8, he and his mother had been pulled over on their way home from Walmart by ICE agents, who detained them in a holding facility overnight before releasing them, since Nora was a longtime Ohio resident with no criminal record and therefore, according to her court paperwork, “not a priority for removal.”

The headline summarized it all at the top of page A-10, "In Ohio's Little Mexico, ICE raids are on the rise, leaving families in tatters." To a Republican, this sounds like a political advertisement, shaped for maximum outrage. His sister Estefany rails against the crackdown. and then Alex echoes:

She wanted to know, out of 114 minimum-wage workers detained at Corso’s [garden center], how many were narcos, or rapists, or cartel members, or killers for MS-13? “These were just hard-working people, making $9 an hour and going about their lives,” she remembered saying.

Alex, meanwhile, had decided to write a letter to ICE. His mother was still in detention, waiting for her first court date on the possible path toward deportation, and he thought maybe he could still help her. “The only thing my Mom ever did was work,” he had written. “She loved me so much. I can’t live without my Mom. I don’t have anybody but her. I have been crying every day. I can’t sleep.”