On June 20, Jimmy Fallon welcomed teenage school-shooting survivors David and Lauren Hogg to promote their new gun-control manifesto, #NeverAgain: A New Generation Draws the Line. David Hogg told Fallon he survived the shooting by recording other students and planning on how, if he died, his voice could still echo for "positive change" in Congress.

This shouldn't be a surprise, since Fallon sponsored buses to — and he and his family attended — the liberal "March for Our Lives" in Washington, D.C., on March 24. Fallon didn't ask Hogg about calling the NRA a pack of "child murderers." No, it was asking Hogg and his sister to recount the horrific day of the shooting:

DAVID HOGG: I had a cold, like, rush of fear race down my spine, thinking "Oh, my God. This isn't a drill." And the only thing I could think to do was to calm myself down for everybody around me. 'Cause my dad being a retired FBI agent, he always says, "Whenever you're in these situations, know where the exits are and just remain -- try to remain calm as possible and focus on your breath." So that's what I did. And I started recording people, thinking, "Maybe if I die here, hopefully if our souls are left behind on this classroom floor, like so many others have before us, hopefully our voices can carry on and echo through the halls of Congress to create positive and effective change for this country. Because God knows we need it."

JIMMY FALLON: Wow! [ applause ] Holy moly. I can't even, obviously, imagine. So you're videotaping. And then eventually --

HOGG: Once I got home, the first thing I did, working for my local newspaper, I submitted all my footage to my editor to get it out there as soon as possible to create change. 'Cause I didn't want this just to be, I hate saying this, another mass shooting. Because we see this again and again where people see -- we see people that are in these situations not as people but as characters and numbers. These are people. 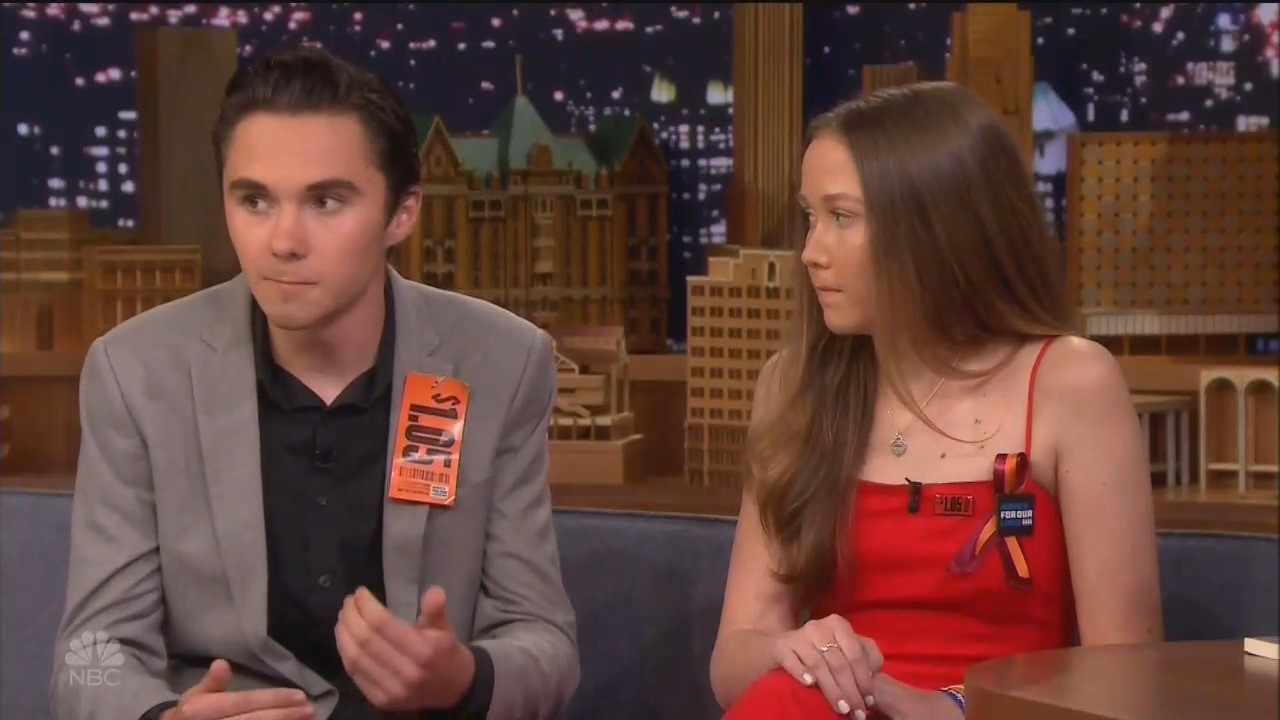 I want everybody that's watching to close their eyes for a second and imagine the person that you love most. Imagine the person that you hold closest to you, that is your shoulder to cry on, the person that you laugh the most with and cry with. And imagine that person is murdered! And you go to politicians and you ask for moderate changes. And they won't even meet with you. Or if you do ask them for changes, they say, "Yeah, we'll do that." And then nothing happens. And you have to continue to see more and more people just like your best friend, your sister or your brother get killed, again and again. Meanwhile, America sits back and does nothing. And that's why we wrote this book, to create that change.

At NBC and the rest of the liberal media, this is what television is supposed to do -- advance, and not question, the liberal agenda.