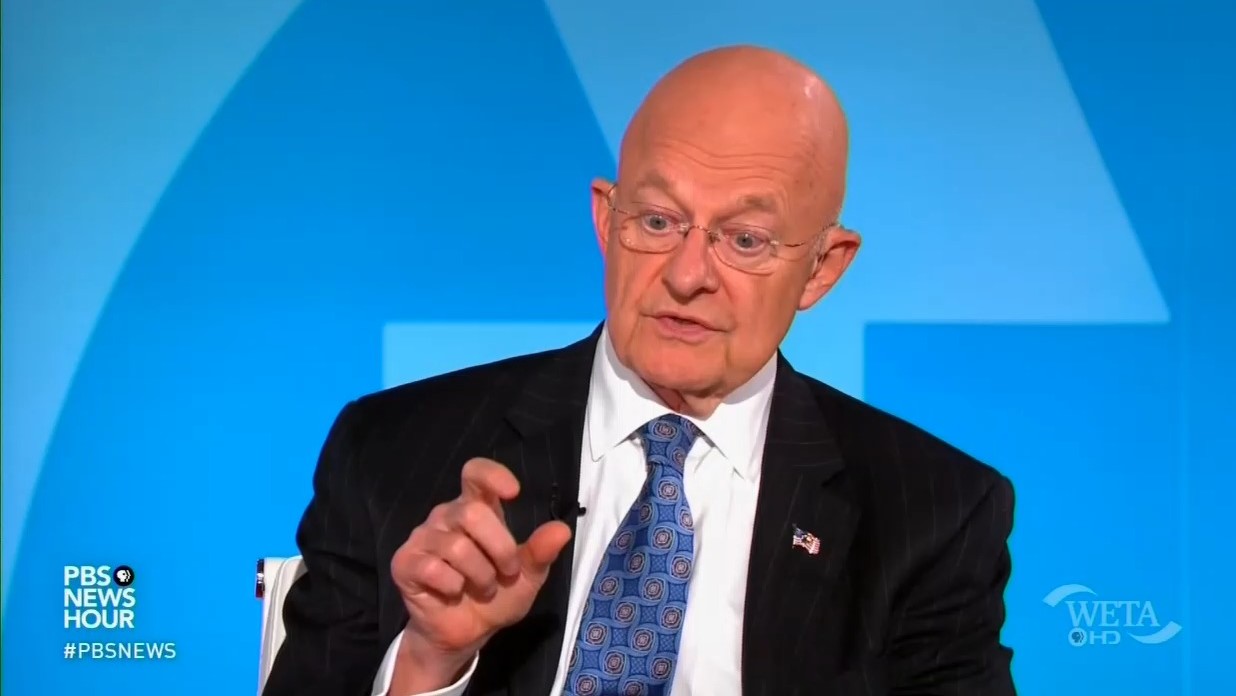 Obama’s director of national intelligence James Clapper went on a tour of Very Supportive Liberal Networks on Wednesday, starting with the PBS NewsHour. Judy Woodruff threw marshmallows like “The president, as you know, has been just constantly critical of the intelligence community since he’s been in office….What is the effect of these cumulative comments by the president?” And “Is the intelligence community destined to be undermined, misunderstood, not appreciated?”

Clapper made “news” by claiming it was his “informed opinion” that Russia “turned” the election with their “massive effort” to influence the voters. “That’s a stunning conclusion,” replied Soft Touch Judy. He could have told her Ed Schultz’s show on RT did it all, and she would have nodded and cooed.

Cornish actually said this out loud: “Help me understand here how I should think about that.”

CNN’s Jake Tapper had the same sympathetic, explain-the-wackos-to-me tone, but at least he was trying to nail some facts down as Clapper weirdly insisted they weren't spying on Trump, just the Russians. “To be fair, whoever the confidential sources were and we know of one of them and I don't know if there were others, but they were trying to find out not just what the Russians were doing, but what any members of the Trump team might have been doing with the Russians too, right?”

This question only seemed bizarre in contrast to the rest of The Lead, where Tapper and his panel compared the spying-on-Trump revelations as loony. Amanda Carpenter said it was akin to “birtherism.” Tapper worried about eroding norms -- and the CNN norm is complete panic that Trump was elected president.

Actually, the sap began flowing on Tuesday night on MSNBC, on The Rachel Maddow Show.

MADDOW, quoting the Clapper book on Trump: “He has set a new low bar for ethics and morality. He has caused damage to our societal and political fabric that will be difficult and will require time to repair. And close to my heart, he has besmirched the intelligence community and the FBI, pillars of our country, and deliberately incited many Americans to lose faith and confidence in them.”

And it goes on from there. Joining us once again is James Clapper, former director of national intelligence.

Sir, I wanted to quote that to you, because I am -- I know a lot from reading the book about your history as a nonpartisan intelligence and military professional, your decades of service. It is it -- is striking to hear the strength of your critique there of the president. Was that a hard decision to make?

None of these seasoned interviewers could be as tough as Meghan McCain, who reminded the audience on The View that Clapper lied to Congress in 2013 about domestic spying on American citizen “metadata.” Instead, Clapper was treated as the essence of nonpartisan wisdom and experience.