Does Whoopi Goldberg Get to Decry Slamming McCain? No One Recalls Her Slave Talk in 2008 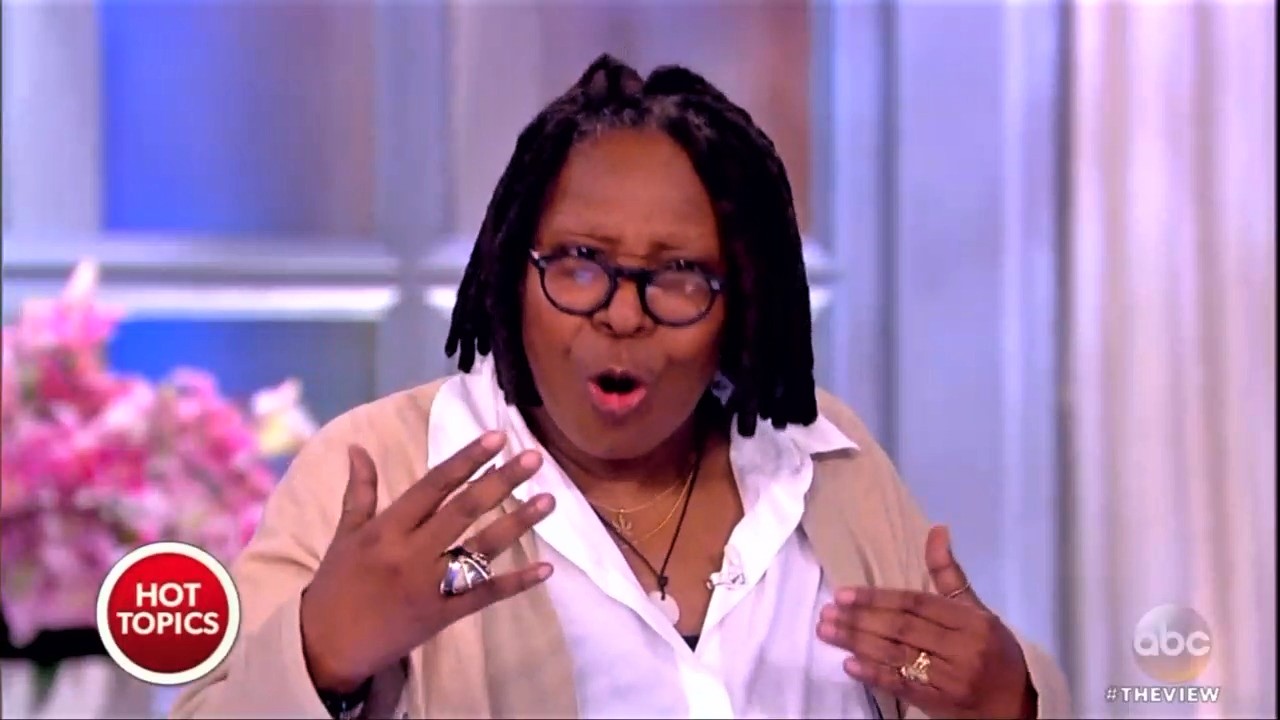 On Friday, The View did the least surprising thing to open the show: offering the floor to Meghan McCain to condemn very rude things said about her father, Sen. John McCain. White House aide Kelly Sadler said they didn't have to take into account the Senator's opposition to CIA director nominee Gina Haspel, because he's "dying anyway," and Fox Business guest Thomas McInerney, who insulted McCain as "Songbird John," as in he told secrets to his Vietnamese torturers.

Whoopi Goldberg began the show by slamming these remarks as "insanely despicable" and ended the segment by suggesting "we've lost all decorum...and decency!" Those remarks should be criticized and withdrawn.

But is Whoopi Goldberg really the right person to lecture about treating McCain with "decorum" and "decency"? Ten years ago, when McCain was the Republican nominee, running against Barack Obama, she twice asked him  "Do I have to worry about becoming a slave again?" McCain was going to enslave blacks if he won the White House?

Back then, McCain was asked about Roe v. Wade and he merely said he wanted Supreme Court justices who would rule based on the Constitution and the vision of the Founding Fathers, not judges who acted like legislators. To Whoopi, that somehow translated into "taking the country back to slavery in 1783." She lobbed that question twice. Here's where it repeated:

GOLDBERG: Can you just, and I don’t want to misinterpret what you’re saying. Did you say you wanted strict Constitutionalists? Because that, that-

McCAIN: No, I want people who interpret the Constitution of the United States the way our founding fathers envision-

McCAIN: -for them to do.

GOLDBERG: Should I be worried about being a slave, about being returned to slavery because certain things happened in the Constitution that you had to change?

McCAIN: I, I understand your point....and I, I, [applause] thank you. That’s an excellent point.

That was McCain being very generous, instead of saying the less charitable "What on Earth are you talking about?"

On Friday, Meghan McCain boasted "My father's legacy is going to be talked about for hundreds and hundreds of years! These people, nothingburgers! Nobody will remember you."

Hundreds of years? Like the way we all talk in 2018 about John W. Davis and James Middleton Cox and Charles Evans Hughes? (Google it.)

Whoopi concluded the segment: "You know, it goes to something sort of terrible in the country. This -- I don't know. We have lost all -- it seems like we've lost all sense of decorum! Just decorum and decency!" Whoopi might want to look in the mirror and look at her own oddball "are you out to enslave me?" conspiracy theories.