BIZARRE: 'The View' Asks If Schneiderman Sex-Abuse Scandal's a 'Tipping Point for Trump?'

Tuesday’s edition of The View on ABC began with a bizarre spin. The announcer proclaimed: “One of the president's biggest foes, New York attorney general Eric Schneiderman, resigns over sexual abuse allegations. Is this a tipping point for Trump?”

Isn’t this an embarrassment for the Democrats? How is everything “a tipping point for Trump”?

The panelists were fairly unified in their horror at The New Yorker revelations of Schneiderman’s allegedly violent behavior toward girlfriends, although they were more attentive to reading Schneiderman’s statements in self-defense than reading clips of the article.

Sunny Hostin read his defenses and said “I almost wonder if he realized that he was sort of under the umbrella of the #MeToo movement, as well, you know, he’s this huge proponent of it, yet he is abusing women....I was kind of shocked at the coercive nature of what he did to these women.”

Despite an interview later in the show discussing racial matters with actress Gabrielle Union -- who lamented explaining to her black children "your skin has been demonized, criminalized, marginalized just on the basis of the amount of melanin that you were born with" -- they didn't discuss the racial allegations of Schneiderman girlfriend Tanya Selvaratnam:

“Sometimes, he’d tell me to call him Master, and he’d slap me until I did.” Selvaratnam, who was born in Sri Lanka, has dark skin, and she recalls that “he started calling me his ‘brown slave’ and demanding that I repeat that I was ‘his property.’”

The Trump part of this conversation was naturally sparked by Joy Behar, who brought up Schneiderman’s recent attempts to give state and local prosecutors in New York the ability to charge people pardoned by President Trump. Who’s against double jeopardy? 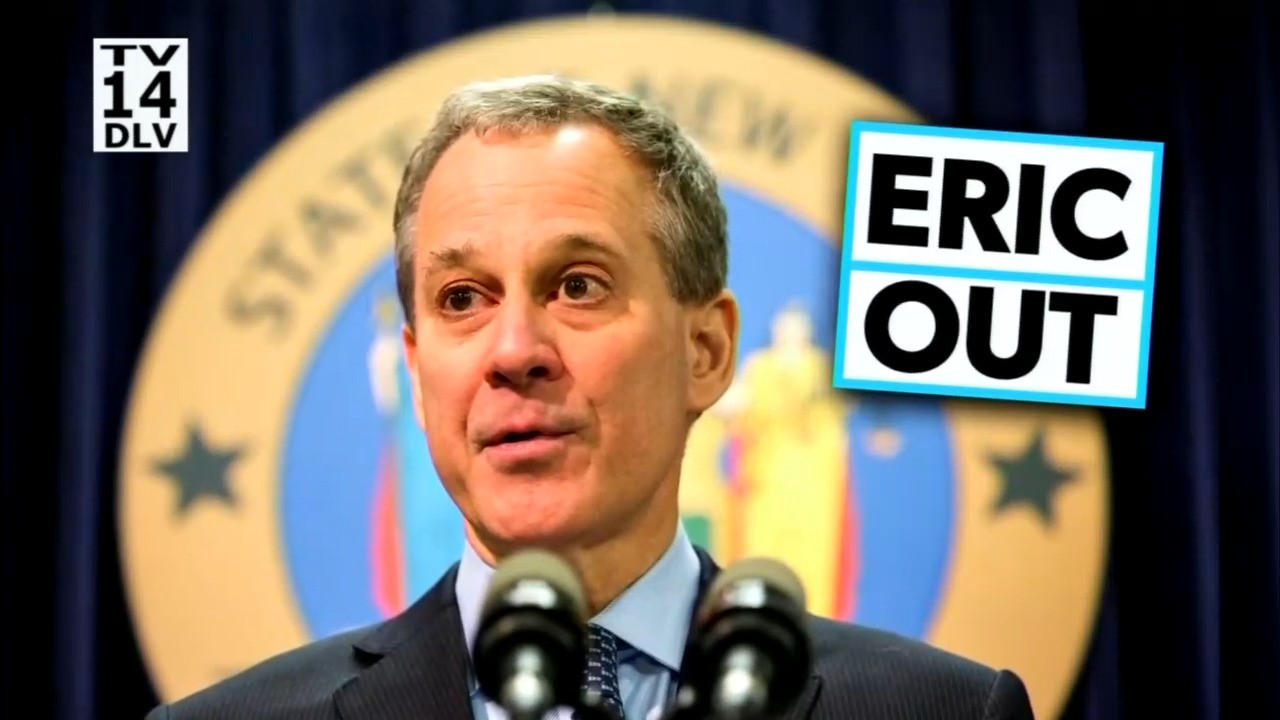 JOY BEHAR: Isn't he in the position to basically be a bulwark against any pardons that Trump would have made in New York state? So that if he were to pardon Michael Cohen or Jared Kushner, for example, they could be then be retrialed [sic] as soon as they got rid of a particular loophole in New York state so that the pardon wouldn not go through. Now what’s going to happen with that?

SUNNY HOSTIN: It depends on who replaces him.

Behar added "This is one area where it's bipartisan. We can agree on that. I mean, it's just men....It's Republican men, it's Democrats, it's men." And yet, two months ago, when Nashville major Megan Barry, a Democrat, resigned after (consensual) adultery with a bodyguard, Behar and Goldberg wondered if there was a double standard punishing women in politics.

As the segment closed, Hostin mourned, “He was known as being just this incredibly wonderful advocate,” and Goldberg echoed, “He was an incredible advocate for women.” Then Goldberg strangely said “We'll see what happens. He’s out for the moment.”