The crew of ABC's The View started the show on Thursday by reminiscing about Wednesday. Co-host Whoopi Goldberg began: "We had a really great day yesterday because James Comey was here." But live on the air yesterday, they reported that 11 House Republicans sent a letter asking for an investigation into Comey, his deputy Andrew McCabe, former Attorney General Loretta Lynch, Hillary Clinton, and Trump-loathing FBI agents Peter Strzok and Lisa Page.

Sara Haines called it a "distraction," and then Joy Behar went to Roy Cohn, a hated figure on the Left for his role in the McCarthy hearings into communist infiltration of government in the Fifties. Sunny Hostin denounced it as "very petty revenge," like Congress investigating Hillary's and Team Obama's failures in the Benghazi terrorist attack.

JOY BEHAR:  It's also right out of what they call the Roy Cohn playbook. Roy Cohn was this, I don’t know if I can call him corrupt – Would you say he is corrupt?

BEHAR: Nasty lawyer, one of Trump's role models, and his whole philosophy was when they hit you, hit back twice as hard, which is what Trump does. So, “you think we're going to sit by while you investigate us? Well, we're going to investigate you.” Meanwhile, is Hillary relevant any more, really? I mean –

HOSTIN: They're suing Loretta -- they are asking for criminal violations, an investigation into criminal violations by Loretta Lynch, FBI counsel, FBI agent, Comey, Hillary Clinton. Roy Cohn was also seen as being very petty, and this seems petty –

HOSTIN: It seems like very petty revenge, and the sad thing about that is we are paying for that revenge, that pettiness, because these investigations come out of taypayer dollars and I think we saw this with the Benghazi investigation, which went over two years, cost over $7 million and nothing was found.

Nothing was found? Baloney. Just because Hillary didn't get indicted didn't mean there wasn't a cascade of lying and a pile of security and military failures.Then came Ana Navarro: 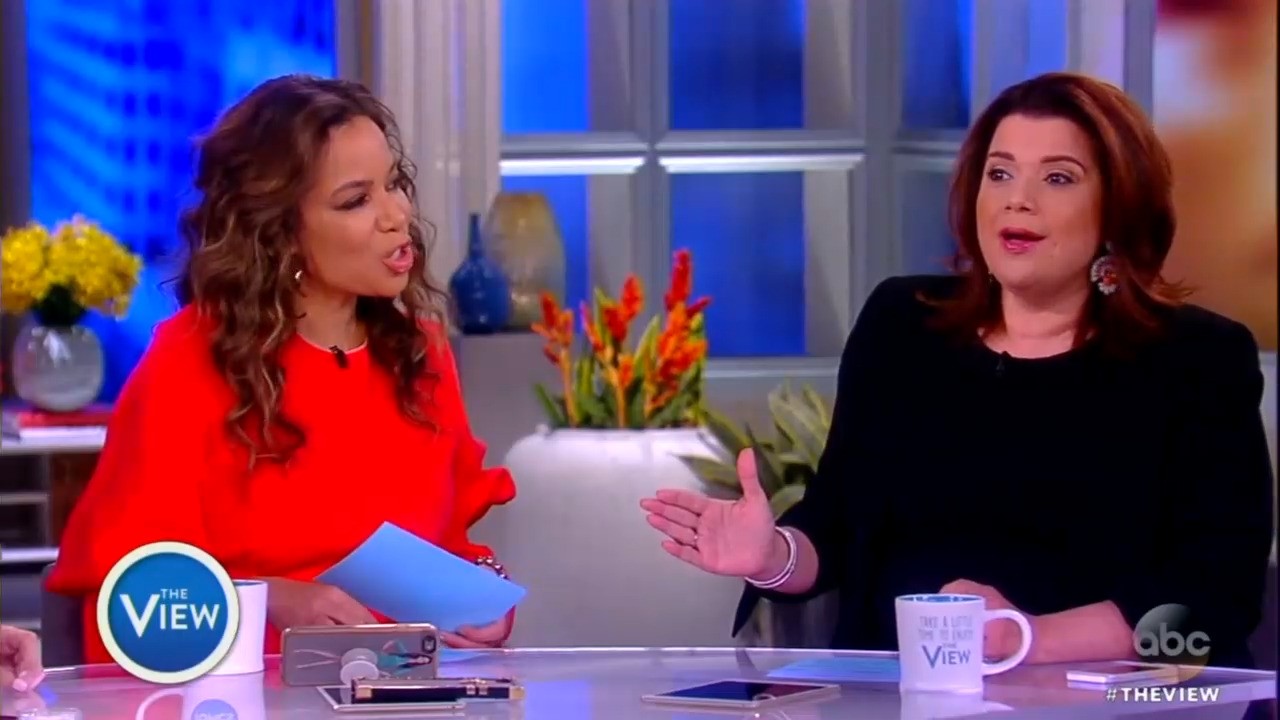 ANA NAVARRO: Look, there’s 515 members of Congress between the House and the Senate. Eleven -- and these eleven in particular are right wing Republicans. They are strong supporters of President Trump, people like Ron DeSantis in Florida, Ted Yoho, Matt Gaetz – very strong supporters of the president. You can find eleven people in Congress at any given time to call for an investigation on Mother Teresa, and she’s been dead for 15 years!

NAVARRO: It makes no damn difference!

Navarro wasn’t have a strong day on The Facts as she filled in for Meghan McCain. There are 535 members of Congress (100 Senators, 435 voting House members), and Mother Teresa died in 1997, 21 years ago.

Navarro concluded that if you could get 100 House members on the letter, that might mean something, but 11 “very right-wing Republicans” don’t matter.