Other countries have the same liberal bias as America does. They also slam Mark Levin. Raoul Wootliff of The Times of Israel reported on a sneak peek of Mark Levin's Sunday night Fox News Channel interview with Israel's leader Benjamin Netanyahu like this: 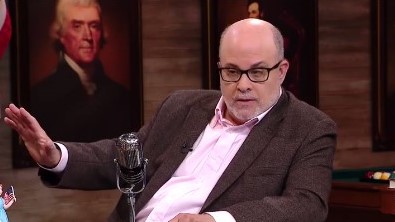 Prime Minister Benjamin Netanyahu told US radio this week that, despite the ongoing corruption investigations against him, most Israelis believe he knows best how to protect the country, help it thrive, and “have a real confidence in the future.”

During an interview with controversial talk-radio host Mark Levin, a segment of which was posted on YouTube ahead of its Sunday airing on Fox News’ Life, Liberty and Levin, the conservative shock jock broached the topic of the criminal probes with the prime minister.

There was nothing in this article that would explain how Levin is not a "shock jock" like Howard Stern. They also slimed Levin in the subhead online: "PM tells conservative shock jock Mark Levin most of the public understands his contributions to country and 'have a real confidence in the future'".

On his radio show Friday night, he said the reporter "doesn't know a whit about me, not a thing. He could have easily said seven-times-New York Times-bestselling author....constitutional scholar...with the third largest talk show in America, third-largest audience."

Levin insisted "what they're trying to do is pre-emptively trash and smear the interview I'm going to have with the prime minister on Sunday."

“I am a bit confounded and I think the American people are confounded,” Levin said, sneering at a recent controversy in which a judge and prosecutor were caught texting each other before a hearing in a case linked to Netanyahu, and a recent deal for one of the prime minister’s former aides to turn state’s witness against him.

Levin was a sneering shock jock, apparently. He also reported:

In recent weeks, Levin has said that “radical leftists in Israel are leading the movement to oust” the prime minister.

Levin quoted that line and added "Yes, I have, like the clown writing this piece, in this clownish newspaper."

He concluded by telling the Israeli paper doing this report "If I had a bird, I wouldn't even want to use your paper at the bottom of my birdcage...I wouldn't want to poison the bird."