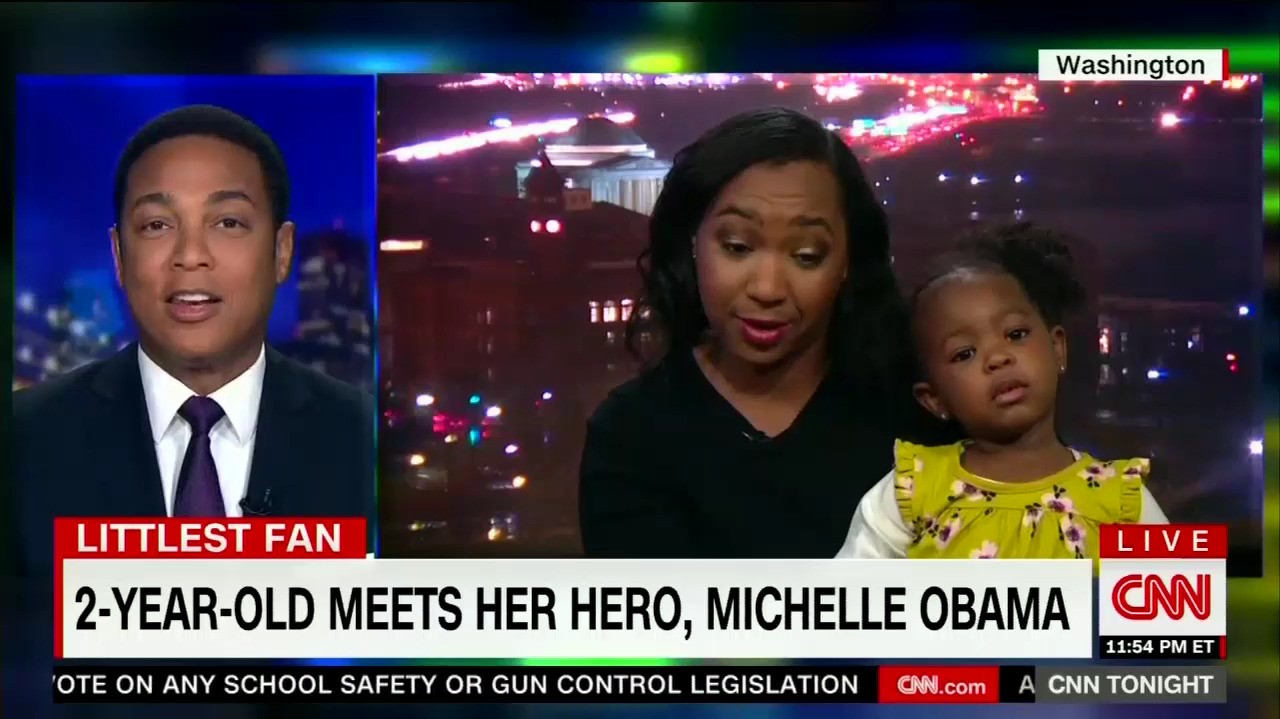 CNN and The Washington Post are two of the most fervent believers that Democracy in America relies on their tough stance against the Trumps. "#FactsFirst!" "Democracy dies in darkness!" But when it comes to the Obamas, they can only pander, pander, and pander to their greatness. Liberals went crazy on the Internet about a two-year-old black girl staring up at the new Michelle Obama portrait (that doesn't exactly look like her) at the National Portrait Gallery. So Michelle Obama seized the PR bonus of meeting the girl herself, and these Titans of Toughness were the loveliest lapdogs.

The Post headline on Wednesday was "Obama meets girl who was captivated by her portrait. And then they dance." Two-year-old Parker Curry and her mother Jessica appeared on Tuesday's CNN Tonight, where anchorman Don Lemon went Full Gush: "That photo of her being awestruck bit portrait of the former first lady, I mean it went viral. Look at that. She is like -- she's caught up in the rapture, right?"

Lemon debated the two-year-old on whether Michelle was a queen or a superhero:

LEMON: Listen, I got to say she's right, whatever, Jessica, says -- I mean, whatever, Parker, says is right, so I'm totally fine with that.

Inside the paper, the Post also ran the headline "2-year-old meets Obama: 'She's a queen.'" The hard-boiled Post reporter Michael S. Rosenwald reported Parker the tot danced with Obama to Taylor Swift's song "Shake It Off."

One could argue that presidents and First Ladies get better (mostly positive) press after they leave office. But this kind of adoration is what the Obamas have received their entire time in the national media spotlight. Lemon could have stuck with queen instead of superhero: In 2014, he called the Obamas "the closest thing we have to royalty."

As the talk show host Chris Plante says about incessant liberal bias, it's good to be a Democrat.