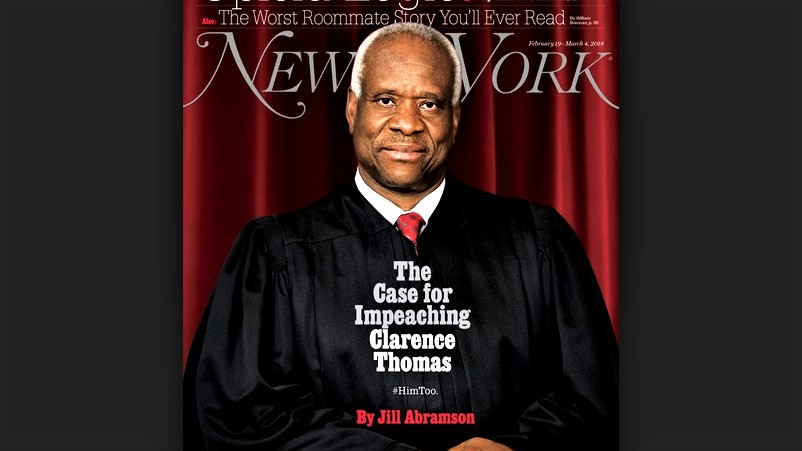 Former New York Times executive editor Jill Abramson is going on another Nineties Revisionism Tour of the Hill-Thomas debates in New York magazine, calling for Clarence Thomas to be impeached over unproven sexual harassment allegations. It feels like the journalistic equivalent of Cher's latest "Farewell Tour." Here's how you may quickly evaluate whether Abramson is in any way qualified to judge the character of public officials, as opposed to just carrying water for the Left:

A Nexis search of The New York Times over the last 20 years for "Jill Abramson" and "Juanita Broaddrick" turned up ZERO entries. Abramson was a top dog at the Times until 2014. She literally didn't think Broaddrick's charges of rape were worth her time.

In the 2016 campaign cycle, Abramson wrote silly articles for the British leftist newspaper The Guardian, including an unintentionally hilarious one insisting Hillary Clinton was "fundamentally honest." She wrote "I would be 'dead rich' to adapt an infamous Clinton phrase, if I could bill for all the hours I’ve spent covering just about every 'scandal' that has enveloped the Clintons."

As if every scandal deserved quote marks.

In an October 2016 column, Abramson dismissed Broaddrick and other Bill Clinton accusers as a "Soviet show trial." Uncorking decades-old allegations -- in response to an 11-year-old Access Hollywood clip -- was contemptible when the conservatives did it.

The Abramson article's headline was “Trump has tried to distract attention from his misogyny by throwing the spotlight on Jones, Willey and Broaddrick. It’s a dishonest and devious tactic.” The Clintons aren't dishonest for denying Bill's sexual harassment and rape. It’s “dishonest” because Hillary is never responsible for what Bill did.

“I’ve previously reported in the Guardian that Paula Jones, Kathleen Willey and Juanita Broaddrick were cheerleaders for Trump long before their canned, pre-debate endorsements of him, which, watched with bad sound on Facebook Live, resembled a Soviet show trial.” 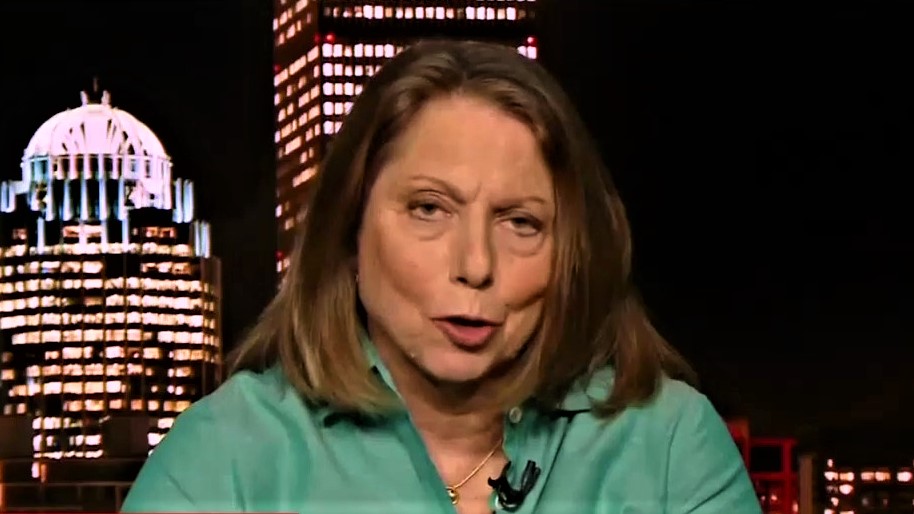 She concluded: “It’s possible that Bill Clinton assaulted Willey, Broaddrick and Jones during that same era. But that isn’t the equivalent of wrongdoing by his wife.” It's "possible," but she doesn't really care, or think voters should take it into account. It somehow doesn't reflect one bit on Hillary Clinton that she never cared. Or to be more precise, she campaigned against these women to destroy their stories and assassinate their character.

Abramson's reporting in the Times on the Paula Jones case in 1998 never seems to judge Bill Clinton on sexual harassment. The Jones case is merely a legal problem for Clinton, never something she judges him on. On August 24, 1998 she summarized "The Jones case, which has since been dismissed, was one of two highly worrisome legal matters closing in on the President back in January."

Abramson wasn't too nice to Monica Lewinsky, either, as on September 12, 1998: "Often in her own words and with amazingly detailed recollections for dates and atmospherics, Ms. Lewinsky emerges from these pages as being aggressive, needy, besotted and demanding to the point of becoming extortionate."

She also helpfully dumped a shovel of the Clinton dirt on Kathleen Willey on March 17, 1998, soon after Willey appeared on 60 Minutes.

Before she departed to visit the Sieberts, Ms. Willey wrote the President to wish him a happy holiday and to tell him about her trip. "I can hardly contain myself -- I am so excited," she wrote.

In late 1995, Ms. Willey contacted the President again to ask for a fund-raising job for his re-election campaign. In a Dec. 21, 1995, letter, the President responded, "It sounds like you're on the right track."

At the request of the White House, Ms. Willey was interviewed for a paid fund-raising position at the Democratic National Committee in February 1996. She was offered a job but turned it down, said a Democratic Party aide who insisted on anonymity.

New details also emerged today about the aftermath of the suicide of Ms. Willey's husband, Ed Willey Jr. Ms. Willey had gone to the White House on Nov. 29, 1993, in a attempt to get a paying job because her husband was facing mounting legal and financial problems.

The night following her husband's death, Ms. Willey placed several harassing phone calls to some of her late husband's clients, said a former client of her husband. At the same time, she left a more composed message for the President, saying that he could contact her "anytime."

The client, Anthony Lanasa, said Ms. Willey called him in the middle of the night and accused him of driving her husband to kill himself. "She called at three in the morning and said, 'You killed my husband. It's your fault that he's dead,' " said Mr. Lanasa, 59, who owns a produce company in Richmond, where Ms. Willey lives. Ms. Willey made similar calls, late at night, to Mr. Lanasa's lawyer, Mr. Lanasa said.

Both men filed a complaint against Ms. Willey and a warrant was issued for her arrest, said Joseph Kaestner, who represented Mr. Lanasa in litigation over the $275,000 Mr. Willey embezzled from him. Ms. Willey has not repaid the money, according to Mr. Kaestner.

Ms. Willey was charged with allowing a telephone to ring without intent to converse, a misdemeanor in Virginia, said Mr. Gecker, her lawyer. The charge was dismissed six months later, he said.

Last November, Ms. Willey wrote a note to Nancy Hernreich, the President's appointments secretary, to ask to be invited to the White House Christmas party. Three months earlier, Ms. Willey had been subpoenaed to testify in the Paula Jones lawsuit.

"I think of you often," she wrote to Ms. Hernreich, "and hope that you are managing to escape the intrustions that have plagued so many of us who are friends of the President."