In Wednesday's New York Times, three reporters reflected on "how Washington insiders are viewing pop culture" in 2017. The most interesting take was that the Saturday Night Live "Alec Baldwin bits" on Trump this year haven't "drawn a ton of blood" in Washington. Their mockery of female Trump aides also failed to score with insiders, they declared.

MATT FLEGENHEIMER: Scaramucci came and went so fast there wasn’t even time for a recurring SNL impersonation. It was all during the summer break.

PATRICK HEALY: Do politicians in D.C. love or hate SNL? 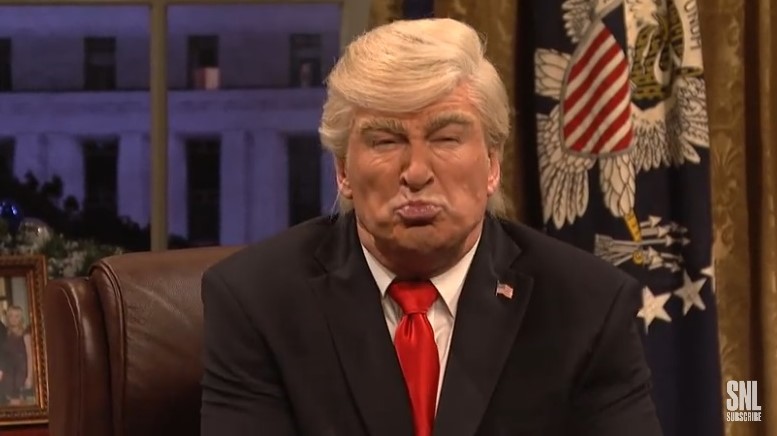 FLEGENHEIMER: I’m not sure the Alec Baldwin bits have drawn a ton of blood among Washington types since the campaign. Are there really any you remember? Maybe if Joe Scarborough put on the wig, Trump would have noticed.

KATIE ROGERS: Some of the portrayals of the women have broken through in a bad way. There’s a lot of zeroing in on Sarah Huckabee Sanders’s weight and Southern-ness that has been seen, by her and others, as unnecessarily harsh and gendered in a way that we didn’t get with Spicer or other men in Trump’s orbit. But I’ve also overheard people in her own party making fun of her appearance. And I think the SNL portrayal of Kellyanne Conway — as a media-obsessed Fatal Attraction type — was viewed as line-crossing.

FLEGENHEIMER: A lot of Washington seemed to have Conway’s back on that one.

They weren't entirely critical of the long-running NBC show. The Sean Spicer satire may have damaged his image, at least with the boss: 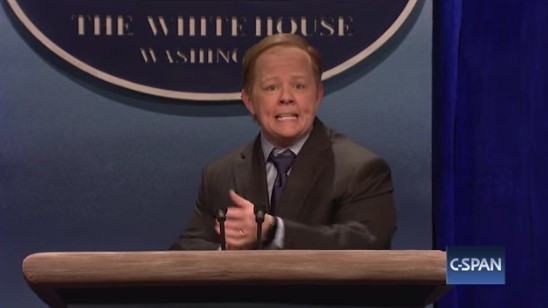 ROGERS: Speaking of Spicer, I’d say Melissa McCarthy’s first portrayal of him on SNL set the tone for how this year would unfold. It started a back-and-forth that ended with Spicer onstage at the Emmys after he resigned.

FLEGENHEIMER: Trump plainly hated the impression — and what it said about Spicer’s cartoonish image with much of the public. For a lot of political veterans, the strange thing about Spicer/McCarthy was that Spicer was this well-known, typical Republican National Committee guy long before the election. A lot of the reaction in D.C. initially was sort of, “This guy? Recurring SNL bit?” It’s surreal for all involved.

Flegenheimer gushed over the influence of Jimmy Kimmel’s Obamacare lecture, and how it “had multiple lawmakers responding within hours.” He deemed it “the late-night event of the year in politics.” But it also became clear that many late-night hosts are "arms of the resistance" and hot spots for Democrats vying for a presidential run (the reference to making a "pilgrimage" is a bit much): 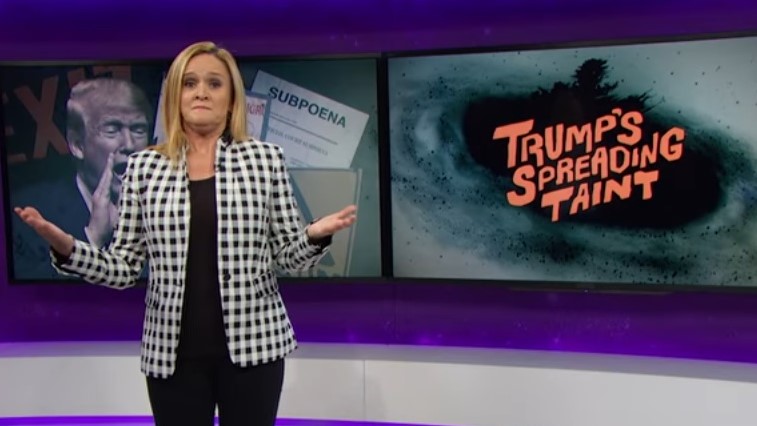 FLEGENHEIMER: In general, there are multiple late-night ecosystems. Among all the Democrats potentially elbowing into the 2020 race, it’s a very good look for them to be seen on Colbert, Samantha Bee, Seth Meyers. Some of the hosts are functionally arms of the “resistance” at this point, right?

ROGERS: I think Bee is definitely identified as part of the resistance. She hosted a White House Correspondents’ Dinner alternative party.

FLEGENHEIMER: It seems like Bernie Sanders is on Seth Meyers every few weeks. Kirsten Gillibrand has a good relationship with Samantha Bee’s show. These are the audiences they want to reach.

HEALY: Do appearances translate into donations during off-election years like 2017?

FLEGENHEIMER: Doesn’t hurt! And this is where Democrats have to go make pilgrimage to reach primary voters.

ROGERS: The impulse to raise money as a response to sound bites — whether on late night or even on Twitter — feels super 2017.

HEALY: Some politicians send out YouTube videos of their late-night appearances to their donor/supporter lists.

It would be more transparent for all to identify pretty much all the late-night comedy shows as "functional arms of the Resistance." This is why Jimmy Fallon caught so much grief from the Left for letting Donald Trump appear to be a human on his show. That was a violation of the Late Night Resistance Handbook.