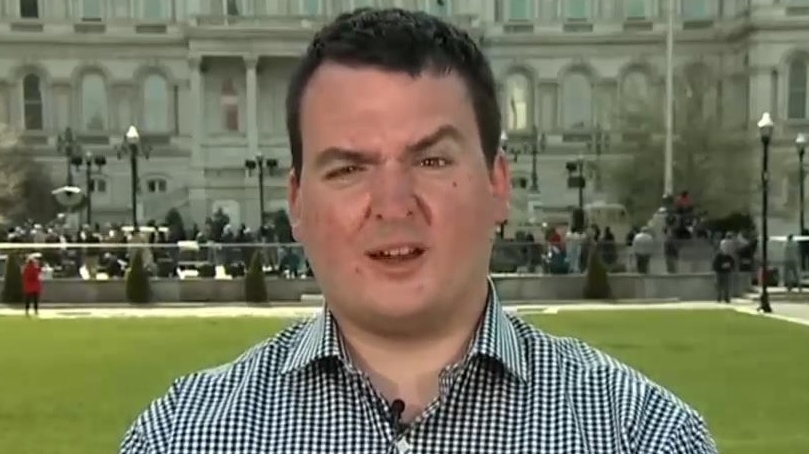 The Washington Post reported on its own reporter’s Fake News on Saturday night, but they left something important out as they huffed that President Trump calling for Dave Weigel to be fired. Back in 2010, Weigel resigned (with a push) from the Post when “JournoList” emails came out showing Weigel's profound hatred for conservatives...the ones the Post assigned him to cover.

For example, his attack on Matt Drudge as factually sloppy looks interesting now: “It’s really a disgrace that an amoral shut-in like Drudge maintains the influence he does on the news cycle while gay-baiting, lying, and flubbing facts to this degree.”

At the time, Post ombudsman Andy Alexander quoted Post managing editor Raju Narisetti in a way that implied Weigel was allowed to resign instead of being fired. “I don’t think you need to be a conservative to cover the conservative movement,” Narisetti said. “But you do need to be impartial... in your views.”

Since they don’t want to hire anyone who’s actually conservative-leaning, the Post rehired Weigel in 2015, claiming the so-called “idiosyncratic libertarian” (who said he voted for Obama in 2008) would be a good man to cover Sen. Rand Paul’s presidential campaign.

This angle was completely missing in Post reporter Emily Yahr’s bare-bones report on Saturday's controversy over a Trump rally in Pensacola, Florida:

Trump tweeted “Arena was packed to the rafters, the crowd was loud, loving and really smart.“

Weigel quoted Trump’s tweet and wrote “Packed to the rafters,” attaching a photo that showed hundreds of available seats in the lower and upper levels. He deleted it about 20 minutes later.

Around 5 p.m., Trump addressed Weigel’s tweet with his own: “.@DaveWeigel @WashingtonPost put out a phony photo of an empty arena hours before I arrived @ the venue, w/ thousands of people outside, on their way in. Real photos now shown as I spoke. Packed house, many people unable to get in. Demand apology & retraction from FAKE NEWS WaPo!” the president wrote, including pictures of the venue’s seats filled as he was onstage.

Weigel tweeted back almost immediately. “Sure thing: I apologize. I deleted the photo after @dmartosko told me I’d gotten it wrong,” Weigel wrote, referring to David Martosko, U.S. political editor of the Daily Mail’s website. “Was confused by the image of you walking in the bottom right corner.”

Trump doubled down: “@daveweigel of the Washington Post just admitted that his picture was a FAKE (fraud?) showing an almost empty arena last night for my speech in Pensacola when, in fact, he knew the arena was packed (as shown also on T.V.). FAKE NEWS, he should be fired.”

The Post did find space for an official statement that had that David Frum flavor of “mistakes make us more credible.”

On Saturday night, The Washington Post released a statement. “Dave Weigel relied on an inaccurate image in tweeting about President Trump’s rally in Pensacola,” the paper’s vice president of communications, Kristine Coratti Kelly, said. “When others pointed out the mistake to Weigel, he quickly deleted the tweet. And when he was later addressed by the president on Twitter, he promptly apologized for it.”

In the end, it was one inaccurate tweet, which didn't last long on Twitter. But then, the media elites manufacture mountains of outrage over Donald Trump's tweets, so it's a little tone-deaf to say this error was an insignificant blip. Even Yahr concedes that Trump is very sensitive about crowd, sizes. Weigel clearly was tweaking Trump when he messed up.

Trump can draw attention to Weigel's snotty bias by asking for a firing, but Weigel's JournoList thoughts match the liberal elite so perfectly, like this one: the "mainstream" media's problem is "this need to give equal/extra time to ‘real American’ views, no matter how fucking moronic, which just so happen to be the views of the conglomerates that run the media and/or buy up ads.”