The Washington Post gossip columnists were hot for anti-Trump quotes at the Kennedy Center Honors on Sunday night. They even managed to characterize the president's bowing out of the awards as a "snub." He bowed out because leftist wouldn't stand in the same room with him. So who's to be tarred for a "snub"? Emily Heil and Helena Andrews-Dyer reported: 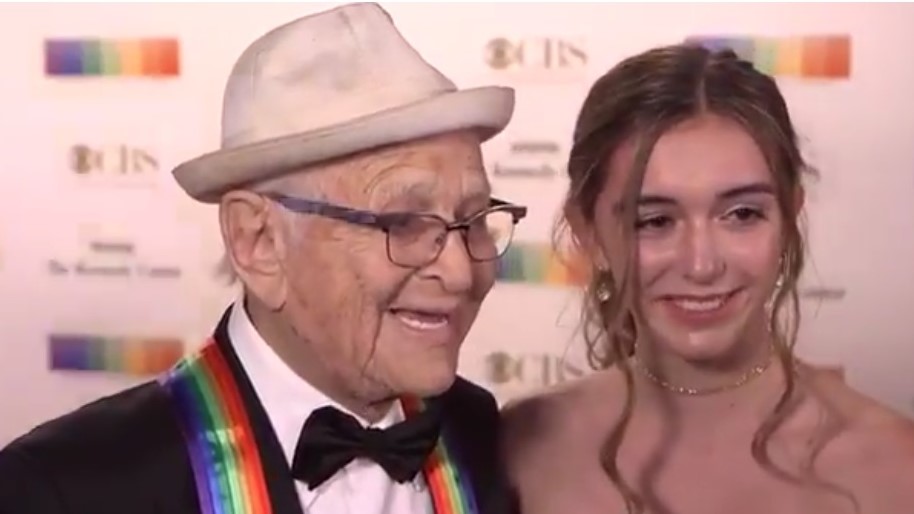 The snub — marking the first time in the event’s 40-year history that a president or first lady hasn’t participated — came after three of the five honorees said they either planned to skip it or were thinking about ditching if the Trumps were involved....

[TV producer Norman] Lear arrived sporting his signature white hat (natch) and with zero regrets about turning down the invite to 1600 Pennsylvania Ave. “I didn’t wish to accept whatever the hell the White House had to offer,” he said. “From a White House that doesn’t care for the arts and the humanities. Not just not helping, but cutting, and turning its back totally on the arts and humanities, and that’s the opposite of what tonight’s about.”

[Dancer Carmen] De Lavallade, who looked positively regal in a purple satin gown, agreed. “I don’t hold grudges against anyone, but I thought, ‘I just can’t,’ ” she said. “Why would I shake hands with someone who doesn’t like you, who wants to take away your livelihood?”

In his budget, President Trump proposed dropping the federal endowments for the arts and humanities, which to liberals always equates to "taking away livelihoods."

Post culture reporter Peggy McGlone noted the usual celebration of the Kennedys by the Kennedys:

Caroline Kennedy set the tone in her welcoming remarks by reminding the well-dressed crowd of her father’s liberal values.

“My father’s commitment to freedom and the rule of law, to religious tolerance and racial justice, to nuclear disarmament and scientific innovation inspired a generation who transformed our nation,” she said.

And while the night’s focus was on the honorees, Caroline Kennedy opened the program with a pointed quotation from her father: “The men who create power make an indispensable contribution to the nation’s greatness, but the men who question power make a contribution just as indispensable, especially when that questioning is disinterested, for they determine whether we use power or power uses us.”

Please make sure leave the Kennedys out when you "question power." The Kennedy myths are supposed to be everlasting.

The Guardian (U.K.) had a line from Dave Chappelle:

The comedian Dave Chappelle, referring to an original copy of the Declaration of Independence bought by Lear and displayed on stage, joked that everything was for sale. “Including our founding document, it turns out,” adding that it would be likely to fetch “a lot of rubles”.

But they also noticed a few people complimenting Trump for his decision to keep out of the fray. Julie Andrews said “I wasn’t party to the discussions that went on but I do understand that it was to make this evening as viable and successful as possible and I think he and his lovely wife chose to do the right thing.”

Honoree Gloria Estefan added “I’m thankful he chose not to come because all it does is overshadow the accomplishments of people that have spent a lifetime trying to something. I thought it was very thoughtful.”