MRC president Brent Bozell sharply criticized James O'Keefe and his organization Project Veritas on Tuesday for a botched attempt at exposing a liberal tilt at The Washington Post. A woman claimed to have been impregnated by Alabama Senate candidate Roy Moore when she was 15 and had an abortion, but the Post became suspicious of the prank and brought their own cameras to an interview. They also caught the woman, Jaime Phillips, walking into Project Veritas headquarters in New York. 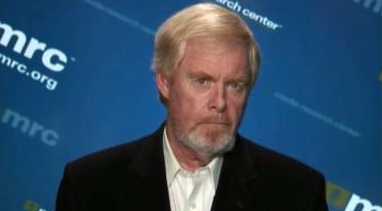 Instead, Project Veritas and its controversial leader, James O’Keefe, were exposed in an act that “does nothing but hurt the cause of conservative journalism,” said Brent Bozell, founder of Media Research Center, one of the longest-running organizations critical of liberal bias in the media.

Bozell called it a “shameful” act of deceit, an effort at entrapment through misleading means.

“If this was a liberal, we’d all be screaming from the highest rooftops,” Bozell said. “Let’s be honest.”

Asked to comment on Bozell’s statement, Project Veritas spokesman Stephen Gordon said: “We have no response. Watch our next video.”

Regarding WaPo/O'Keefe incident, this was entrapment, & the kind of "gotcha" stunt that should be condemned. If a liberal did this to a conservative outlet, we'd be outraged. Once again, O'Keefe is grandstanding & hurting the conservative movement. I'm glad the Post outed him.