Is Mediaite owned by CNN? On Friday, the website posted an interview with CNN morning anchor Chris Cuomo that sounded like an in-house CNN newsletter. Or maybe Joe DePaolo was measurably gushier than a CNN press release. The headline was "Mediaite Profile: CNN New Day’s Chris Cuomo is a Fighter."

DePaolo compared Cuomo to Muhammad Ali in his interviewing skills, and bizarrely insisted he's not a partisan. He never got around to asking if perhaps viewers could suspect he's a Democrat, since his father and brother have been liberal-Democrat governors of New York.

Will Cuomo need to step aside from anchoring duties if his brother Andrew runs for president? Mediaite isn't asking the tough questions. They're asking the public relations department questions. The puffery started right from the beginning: Oh, my, Chris's tweeting, so impressive! 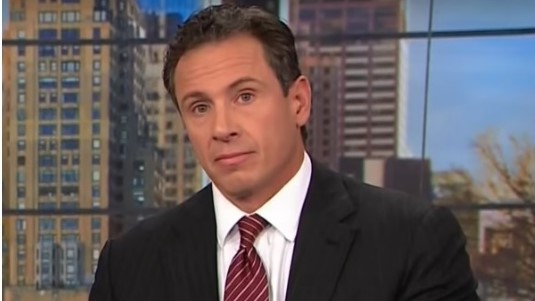 On Nov. 9, CNN New Day anchor Chris Cuomo Tweeted an astonishing 36 times during his three hour broadcast. Almost all of those Tweets were replies to those who engaged with him first.

How on earth does he maintain such a prolific pace?

“I take all comments I can get after,” Cuomo told Mediaite moments after he signed off last Thursday. “That’s what I do.”

One of those comments came from a viewer who complimented his persistence during an interview with a particularly evasive subject. The viewer sent Cuomo a GIF of Muhammad Ali ducking an astonishing flurry of punches during a 1977 exhibition match against Michael Dokes, to symbolize the sparring match in which Cuomo had just taken part.

“Political pablum aside – how amazing was Ali?” Cuomo wrote in response. “Such anticipation and skill and what a jaw.”

On a number of levels, and for a number of reasons, Chris Cuomo can appreciate great boxing skill. For one thing, Cuomo has spent years training in mixed martial arts. [Helpfully inserted here: Photo from Cuomo's martial-arts training from his Instagram.]

Of course, it is combat of the on-air, television journalism variety at which Cuomo excels. His testy confrontations with Kellyanne Conway, Corey Lewandowski, and Anthony Scaramucci — to name just a few — have showcased the New Day anchor’s ability to float like a butterfly and sting like a bee.

So Cuomo is nonpartisan? Except....all his "testy confrontations" are with Trump advisers and aides? No one recalls his "testy" fight with Maxine Waters. Then he's Mary Poppins polite.

Cuomo told Mediaite he doesn't like panels -- and large panels are very typical at CNN -- because he's there to "learn" and not to "antagonize." Seriously? And "my personal opinions are irrelevant"? Cuomo shamelessly fights with Kellyanne Conway, and in the middle of it, says  "I'm not for or against anything. I'm a journalist." But Mediaite gushes that Cuomo is a gladiator:

Cuomo always prefers to conduct the cross-examination himself. As he sees it, it’s his job to interrogate his guests — not to antagonize, but rather to learn. And sometimes, to expose.

“I’m not here to get into a pissing match with somebody,” Cuomo said. “I’m not [testing] someone because I am angry at them. I’m not even testing them because I necessarily, personally disagree with them. My personal opinions are irrelevant. Their ability to make a compelling case is what’s relevant, and I throw punches at whoever is in front of me and it’s their job to deal with the punches.”

DePaolo concludes this puff piece by implying again that Cuomo is a nonpartisan beset by partisan critics, and that his program is for people with an "open mind," since Cuomo is apparently not closed-minded when he argues President Trump is "acting like an emperor." (And when Obama rewrites the immigration laws all by himself, he's probably a "gladiator.")

Chris Cuomo is nobody’s fool. This, one learns after just a few moments of conversation with him. But that doesn’t stop partisan sources from trying to turn him into a fool. The CNN morning host has little patience for this.

“When people twist what I say or twist what we report to forward their own agenda, that I can’t control and I am becoming increasingly less concerned with that,” Cuomo told Mediaite. “If you don’t have an open mind, New Day is not for you.”

And how does the amateur mixed martial artist counter partisan attacks? By using the single greatest weapon in his arsenal.

“We use the facts to expose what the leaders are doing, for better and for worse,” Cuomo said. “And you go after it.

“And if people want to fight, I am a fighter.”

"Facts First"? Doesn't that sound like the CNN PR department? It does, doesn't it? And DePaolo is all set if CNN is looking for a new publicist.