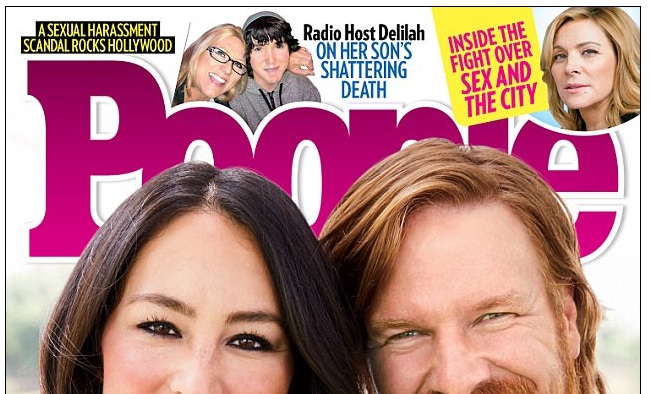 The newest (October 23) edition of People magazine could barely touch the sex scandal of Hollywood titan Harvey Weinstein. Tucked in the top-left corner of the cover were the words “A sexual harassment scandal rocks Hollywood.” Inside, there was a paragraph of text next to a big Harvey picture, and then not a whole page of copy. (They had to squeeze in an article on Donald Trump’s wives cat-fighting.)

By contrast, this week’s People gave three pages to a big article on former Fox News host Gretchen Carlson, whose sexual harassment accusations against Fox News chief Roger Ailes created a similar hubbub in July 2016. Fox News settled her lawsuit for $20 million. She said Ailes would tell her "I think you and I should have a sexual relationship a long time ago, then you'll be good and I'll be good and better." The article was written by Natasha Stoynoff, who has charged Donald Trump with sexual harassment.

Part of this could be timing, of when the magazine usually goes to press – their Weinstein coverage makes no mention of the rape allegations in Ronan Farrow’s New Yorker article from Monday – but given People’s embarrassing devotion to pouring sugar on Anthony Weiner and Huma Abedin’s troubles, a reader might be skeptical.

Carlson has a new book coming out called Be Fierce: Stop Harassment and Take Your Power Back, and they loaded in an excerpt. The book’s dust-cover testimonials come from a progressive crowd: Maria Shriver, Katie Couric, Larry Wilmore, Democratic Sen. Claire McCaskill, Billie Jean King, and Fox-loathing journalist Gabriel Sherman.