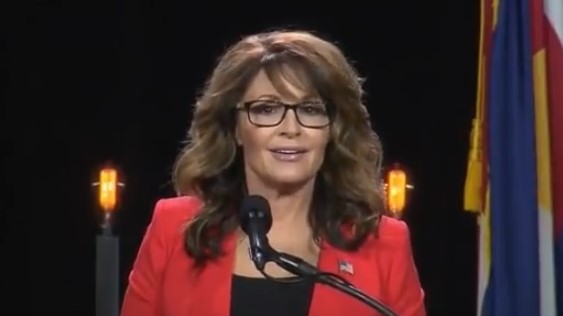 Sarah Palin’s defamation lawsuit against The New York Times was thrown out on Tuesday, not because the Times didn’t recklessly accuse Palin of inciting the shooting of Gabrielle Giffords. It’s because by the standards of standing libel law, one has to find “malice,” which is much harder to prove than the false statement of the Times. On June 14, the Times published an editorial titled "America's Lethal Politics," which exploited a leftist shooting Rep. Steve Scalise and others at a Republican softball practice to attack Palin all over again.

Can anyone imagine a liberal endorsing a legal regime on say, pollution, where it wasn’t enough to prove a river was polluted, but forcing the plaintiff to prove that the polluter didn’t make an honest mistake in polluting the river? That he didn’t pollute with “actual malice”? This is where media corporations are more privileged than any other American corporations.

Clinton-appointed U.S. District Judge Jed Rakoff ruled that Palin’s suit had “material deficiencies,” including “it failed to identify any individual who acted with actual malice.” That’s an odd statement, since documents provided to the court showed that Times editorial page editor James Bennet took an energetically liberal editorial and added an aggressive coat of fabrication. Rakoff noted Bennet “effectively rewrote” the editorial, so that would seem to make it weird to say an individual was not identified. But Rakoff the psychologist ruled there was "not a shred of evidence" of malice in the mind of Bennet.

Nowhere is political journalism so free, so robust, or perhaps so rowdy as in the United States. In the exercise of that freedom, mistakes will be made, some of which will be hurtful to others. Responsible journals will promptly correct their errors; others will not.

But if political journalism is to achieve its constitutionally endorsed role of challenging the powerful, legal redress by a public figure must be limited to those cases where the public figure has a plausible factual basis for complaining that the mistake was made maliciously, that is, with knowledge it was false or with reckless disregard of its falsity. Here, plaintiff's complaint, even when supplemented by facts developed at an evidentiary hearing convened by the Court, fails to make that showing.

The opinion also describes how the Times bizarrely argued to dismiss the case by suggesting that somehow attacking “Sarah Palin’s PAC” for targeting Giffords can’t be defined as “of or concerning” Palin. That’s laughable. The Times also bizarrely argued that Palin couldn’t prove the statement was false, which is odd considering a correction was ordered. (They successfuly argued that since a correction was ordered, there was no malice.)

Under current law, no one should have expected Palin to win this case. But the case should be seen as embarrassing to the Times, and not as an occasion for a happy dance about a "robust" and "rowdy" press making recklessly false accusations....especially when the press imagines that robustly and rowdily attacking them carries the whiff of violence and tyranny...and actual malice.