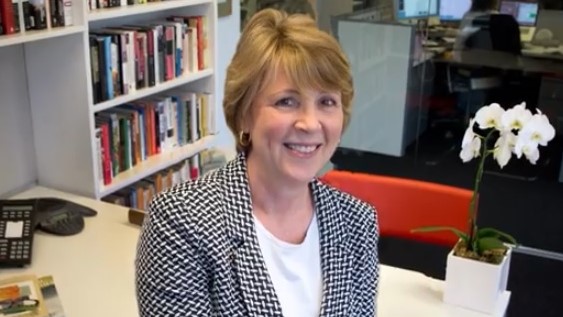 In April of 2004, New York Times White House correspondent Elisabeth Bumiller rudely challenged President George W. Bush in a televised press conference: “Two and a half years later, do you feel any personal responsibility for September 11?” Bumiller is now the paper’s Washington bureau chief, and she can’t even take personal responsibility when her newspaper falls flat on its factual face.

The Times is under fire for its un-factual report that the Trump administration was suppressing a draft of a climate change report that, oops, had been posted on the Internet in January, making it comical to read the boast "A copy of it was obtained by the New York Times," as if the Internet was a secret hideaway. The Times removed that sentence from its report, but maintains the language that anonymous scientists are afraid Team Trump will suppress the report.

The only thing suppressed are the identities of the anti-Trump activists. What the Times created was....Fake news.

Washington Post media blogger Erik Wemple wrote a surprisingly critical blog headlined “New York Times guilty of large screw-up on climate change story.” Wemple thought the paper’s understated correction should be posted with flashing red lights. an audio track, and the sentence “This story once peddled a faulty and damaging premise.” He felt the charge of suppression, given Trump's spotty record on transparency, was explosive, and hence, the stakes are higher to get the facts right.

The lowlight of the piece was Bumiller professing that the newspaper’s ignorance was a defense:

New York Times Washington bureau chief Elisabeth Bumiller says of the draft report’s status: “We were just not aware that somebody involved in the report had put a draft on this nonprofit Internet site,” she says. “It was not a well-known site to us and the point is that the people who shared the draft with us were not aware of it either. That doesn’t change the larger point that scientists were worried that the government wouldn’t approve the report or release it through normal channels.”

When pressed on [Sarah Huckabee] Sanders’s criticism, Bumiller said, “We spent a lot of time trying to sort out where it had appeared before,” said Bumiller. “Again, we just didn’t know. The reporter just didn’t know and the editors didn’t know and once it was brought to our attention, we sorted it out” and ran a correction.

Keep this in the file when the Times reporters and columnists slip into high dudgeon about the White House displaying a lack of curiosity or a lack of respect for the importance of getting facts right.

The irony of the liberal media is they adore a story about "scientists" warning of planetary doom getting suppressed by Republicans and their fossil-fuel financiers, while they fervently believe in suppressing opposition to the doomsayers as dangerously unscientific.