In a sign of how the liberal media outlets don’t generally change hands without the satisfaction of selling to a fellow progressive, David Bradley, the chairman and owner of Atlantic Media announced Friday that he is selling a majority stake in The Atlantic to Laurene Powell Jobs and her organization Emerson Collective.

In 2016, The Atlantic broke with a long tradition and openly endorsed Hillary Clinton for president, which they proclaimed was mostly out of contempt for Trump, who was grouchily described as “ostentatiously unqualified...appallingly sexist...he expresses admiration for authoritarian rulers, and evinces authoritarian tendencies himself....He is an enemy of fact-based discourse; he is ignorant of, and indifferent to, the Constitution; he appears not to read.”

NPR decided this was worth a story, and Atlantic editor Scott Stossel was asked by NPR if Trump fans would be dismissive of the endorsement: "Will it deepen some of these Trump supporters' contempt for the media elite and for the establishment, you know, writ large generally? Sure, I think that's probably likely. And yet we still think that getting on the right side of history in this instance is the right thing to do."

Powell Jobs, the widow of Apple founder Steven Jobs, is best known to media-bias watchers as one of the most fulsome fans of Hillary, as demonstrated by her quote in Time’s “100 Most Influential People” issue in 2015: 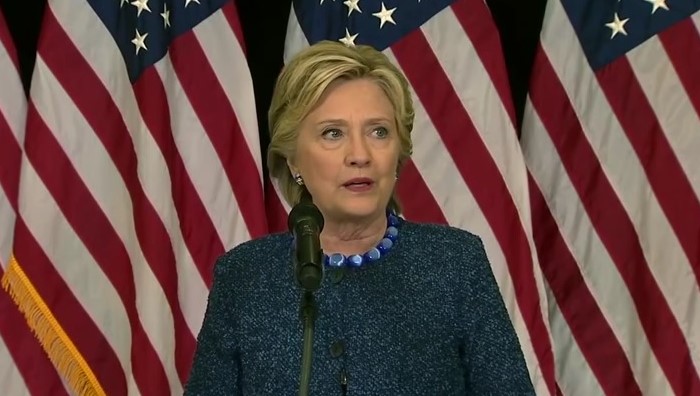 Hillary Clinton is not familiar. She is revolutionary. Not radical, but revolutionary: the distinction is crucial. She is one of America’s greatest modern creations. Her decades in our public life must not blind us to the fact that she represents new realities and possibilities. Indeed, those same decades have conferred upon her what newness usually lacks: judgment, and even wisdom.

Women who advocate for other women are often pigeonholed and pushed to the margins. That hasn’t happened to Hillary, because when she’s standing up for the rights of women and girls, she is speaking not only of gender but also of justice and liberty.

Hillary knows how to draw opponents out of their fighting corners and forge solutions on common ground. She practices the politics of reconciliation and reason. Which, not coincidentally, is also the politics of progress.

Emerson Collective centers their advocacy on “education, immigration reform, the environment, and other social justice initiatives” to “spur change and achieve equality.”

Bradley will relinquish control over the next five years (and keep other media properties like National Journal and Quartz). “While I will stay at the helm some years, the most consequential decision of my career now is behind me: Who next will take stewardship of this 160-year-old national treasure? To me, the answer, in the form of Laurene, feels incomparably right.”

In their announcement of the sale, The Atlantic bragged their website audience "has grown 36 percent in the first half of 2017 alone, drawing a  record 42.3 million visitors in May." Bradley said he and his advisers had compiled a list of 600 potential investors, but ended up approaching only Powell Jobs as a potential partner. Terms of the sale were not disclosed....so much for media transparency.